Anne Ramsay in Mad About You with Helen Hunt and Paul Reiser.
PHOTOGRAPHS BY AMY HARRITY

Anne Ramsay insists on a few must-do’s when she escapes from Los Angeles to Palm Springs. Stop by Hadley Fruit Orchards along the way for a treat? Check. Mexican food at Las Casuelas? Check. Gaming at the Agua Caliente Casino? Check. Vintage shopping at Revivals and other area thrift stores? Quadruple check.

“I know all this is very old fashioned,” says the L.A.-born actress best known for playing the neurotic sister of Helen Hunt’s character in the 1990s sitcom Mad About You and a star Rockford Peaches baseball player in the classic 1992 film A League of Their Own. “Those are just things I always try and do because I did them with my family for decades. I don’t hit all of them up every trip, but I sure try.”

• READ NEXT: Felicia Michaels Finds Role as Comedian is More Than a Dare.

Familiarity, especially over this past year, has been comforting for the Palm Springs International Comedy Festival judge. Alongside the rest of the original cast, Ramsay reprised her Mad About You role with aplomb for a Spectrum Originals reboot that debuted last month. (The second batch of episodes drops this month.) She’s also portraying omnipresent cable news host Greta Van Susteren in awards season contender Bombshell, out Dec. 20. 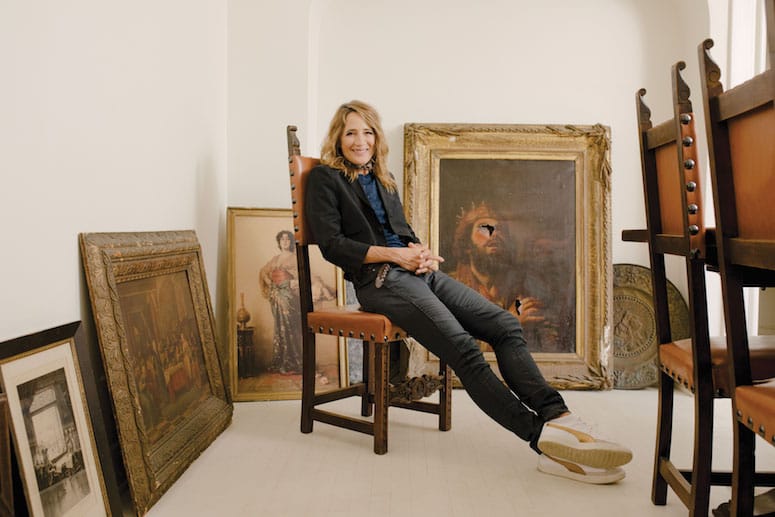 The actress says she wants a second home in Palm Springs

The film, starring Charlize Theron as Megyn Kelly and Nicole Kidman as Gretchen Carlson, recounts the sexual misconduct allegations against Fox News head honcho Roger Ailes. “I was blown away when I got the call,” Ramsay says. “First of all, the subject matter is everything I’m passionate about, obviously as a woman today. It’s amazing to be involved in this project. The messages and lessons that it tells — and then with that cast — I was pinching myself.”

Initially, Anne Ramsay felt overwhelmed in preparing to embody Van Susteren because of the sheer abundance of footage of the former on-air lawyer and legal analyst. “I am not the best at impersonations,” Ramsay concedes. “That’s not my forte. But [Bombshell director] Jay Roach told me, ‘We don’t want an impersonation. We just want a hint. We’re not looking for an exact Greta Van Susteren.’ That was fabulous for me.” She opted against reaching out to Van Susteren, who’s appeared on CNN, MSNBC, NBC, and Fox News over the years. “She keeps her private side private,” Ramsay says. “She likes it that way. I hope we honor her in this film. I think we do. She’s a sympathetic character.”

The Bombshell production team cut and dyed Ramsay’s hair a “crazy-ish color,” as well as fitted her for “Greta teeth,” to help the actress achieve Van Susteren’s signature look and intonation. “It was really fun,” says Ramsay, who appears in the film alongside star and producer Theron. “I mean, who gets to do that? And call it work? It was really a blast.”

Ramsay’s return to Mad About You required much less preparation — and zero special effects. “It’s funny,” she says. “Some of my favorite projects and characters were at the beginning of my career. You think, ‘I’ll never get to go there again.’ Then, this comes up. It’s a rare joy for all of us.” The revival picks up about 20 years after the 1999 finale. Paul and Jamie (Paul Reiser and Helen Hunt) are now empty nesters after their grown-up daughter (played by Abby Quinn) goes off to college. Meanwhile, Ramsay’s unsteady character Lisa is still as wacky as ever. (“She is not going to kowtow it to social norms,” Ramsay says. “She never has, and she still hasn’t. And that’s OK.”)

It was an emotional journey for Ramsay, who spent seven seasons portraying Jamie’s younger sister. “I wasn’t sitting in my trailer,” she says of the experience. “I was watching Paul and Helen again because they’re magic together. They’re still magic together. I still learn from them. I still enjoy watching them. I remember watching them do a scene in rehearsal the first day back. I looked at them, and they looked at me. We were all just verklempt in that moment.” 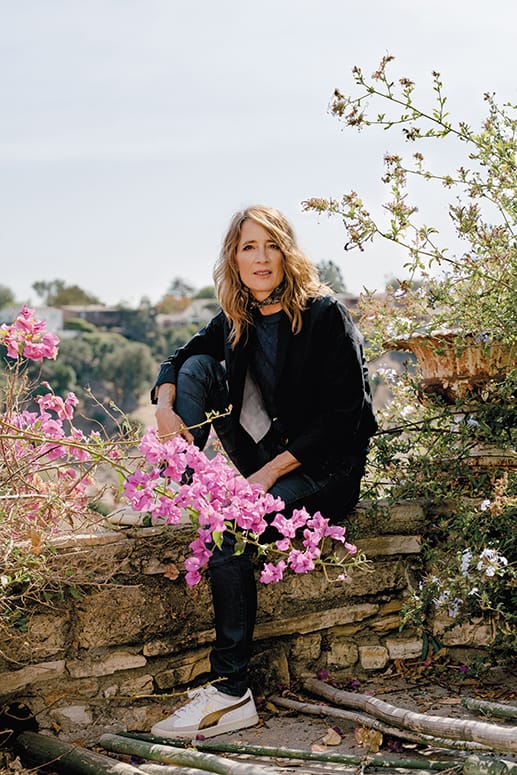 Next May, Anne Ramsay will return to the judging panel for the Palm Springs International Comedy Festival, organized by veteran casting director, actor, and writer Paul Cruz. “Paul and I met auditioning years ago for a pilot where I was going to play his mom, even though we’re around the same age,” she says with a snicker. “He’s much younger looking. Neither of us got the role, but we’ve remained friends. I find him to be a wonderful friend, always trying to give and be of service. I know he’s done that for the Palm Springs community.”

Earlier this year, the inaugural festival crowned several winners in such categories as best short, web series, feature film, and stand-up comedian. Ramsay says the importance of comedy — now more than ever — can’t be understated. “Comedy’s healing,” she attests. “People at different times have said to me, ‘Oh my gosh. Your show Mad About You and your character made me laugh. I was going through something. I’d just been in a car wreck’ or ‘My father was dying of a terminal illness, and that was the only show that made him laugh. Your show and your character was the thing that got me through it.’”

While she’ll always call L.A. home, Ramsay has been itching to find a second one in Palm Springs. After a stellar year, she’s more determined than ever — but that doesn’t mean the 59-year-old is considering retirement. “I feel like I’ve been very fortunate to have such a good solid start early, early on in my career,” Ramsay says. “I still feel untapped. I have this craving nature. It keeps me going. I guess that’s why I love going out to the desert.”