Painter Fulton Leroy Washington, better known as Mr. Wash, has a goal for his residency at the Palm Springs Art Museum: go big.

Wrongly convicted and incarcerated in 1996 for nonviolent drug offenses, Mr. Wash honed his skills as a portraitist, painting fellow inmates. He became a working artist after then-president Barack Obama commuted his sentence in 2016. “For decades, I could only paint pictures that would fit inside my locker,” Mr. Wash recalls. “Now I’m doing 48- by 60-[foot canvases].”

His new sized-up portraits will match the typically massive-scale pieces of fellow Outburst resident Devin Reynolds, whose work combines the sights and symbols of his youth in Venice, California, with imagery from post-WWII advertising.

While Reynolds dabbled in surfboard painting and notebook decorating as a kid, it wasn’t until college, when a surgery grounded him from usual pursuits like skating and rugby, that he really began to focus on art. His pieces for the residency grapple with the desert in a way that will likely resonate with Coachella Valley residents. “The biggest compliment I can get is, ‘Whoa. I feel like I was walking down the street in my neighborhood when I saw your piece,’” he says.

Mr. Wash shares Reynolds’ interest in establishing a connection with those who view his work. “One side of [creating art] is trying to reach the audience and say, ‘I feel you,’” Mr. Wash shares. “The other side [is asking], ‘Do you feel me?’” psmuseum.org

You might recognize Naathan Phan from Superbad, where he partied alongside Jonah Hill’s character. That comedic acumen is clear in his shows at Marvyn’s Magic Theater in La Quinta, where he combines mind-boggling illusions with opera songs. marvynsmagictheater.com

Glow in the Park: Through April 29

A rainbow of classic and exotic cars parades up and down El Paseo in Palm Desert during this monthly meetup for automotive enthusiasts. Grab a patio dinner and watch the procession or join the autocade in your own ride. elpaseocruisenight.com

Unleash your inner curator and add to your art collection at the Indian Wells Tennis Gardens, where more than 200 artists from around the world gather to show off and sell their work. indianwellsartsfestival.com 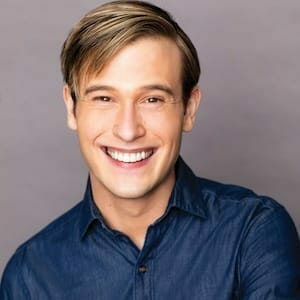 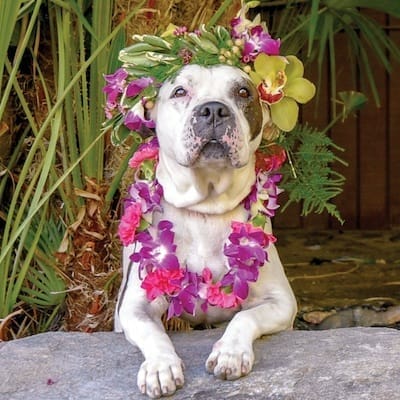 Don a groovy get-up and get ready to boogie with fellow animal lovers at Palm Springs Air Museum. A fundraising event for Palm Springs Animal Shelter, the bash features craft cocktails, tasty eats, two auctions, and a dance floor made for doing the twist. psanimalshelter.com

Whether you’re seeking a striking painting for above the dining table, a vintage film camera in great condition, or the perfect pair of retro cutoffs, you just might end your search at this monthly market at the Palm Springs Cultural Center. palmspringsvintagemarket.com

In 2018, Hilaree Nelson and Jim Morrison became the first people to successfully complete the “Dream Line,” a notorious — and dangerous — ski run on the world’s fourth-highest mountain. Nelson shares stories and images from the descent in this special National Geographic Live! event at McCallum Theatre in Palm Desert. mccallumtheatre.org

The members of June of 44 originally hail from influential 1990s rock bands Lungfish, Hoover, Codeine, and Rodan. The group formed in ’94 and shook up the scene with four albums before splitting five years later. Their reunion tour makes a stop at The Alibi in Palm Springs. thealibipalmsprings.com 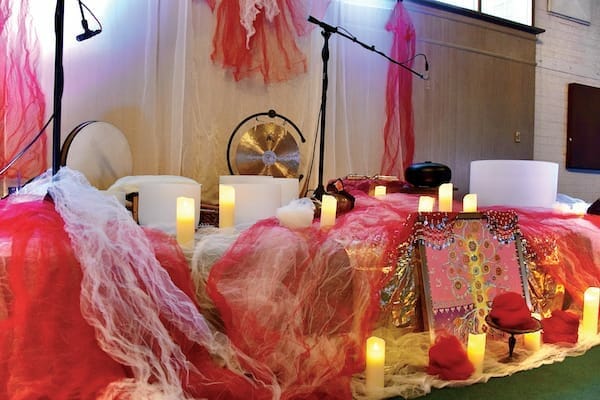 The Desert Symphony brings the songs of the 1960s to the McCallum. Hear the biggest hits from artists who crossed the pond to shake up the States’ music scene — plus ditties by bands like The Monkees and The Beach Boys, who epitomize the era’s American sound. mccallumtheatre.org

We Are Family: April 7

The family that sings together … gets a shoutout in this musical revue at Vicky’s of Santa Fe in Indian Wells. Enjoy dinner while jamming out to live hits by such sibling acts as The Pointer Sisters and The Jackson Five. vickysofsantafe.com

Opening night will be at the Camelot Theatres at the Palm Springs Cultural Center, featuring a new biopic of Hollywood legend, Roger Corman, who influenced the "New Hollywood" that launched the careers of such legends as Ron Howard, Steven Spielberg, and Francis Ford Coppola. One of the festival highlights will be the West Coast premiere of Still Working 9 To 5, which chronicles the importance of the seminal 1980 film 9 To 5 and featured Lily Tomlin, Jane Fonda and Dolly Parton. amdocfilmfest.com

Take your seat at Annenberg Theater in Palm Springs for a night of Broadway and film favorites — plus a selection of Queen songs — with the Palm Springs Gay Men’s Chorus. psgmc.com

This tribute group forgoes costumes and wigs to focus on replicating the sound and spirit of Plant, Page, Jones, and Bonham. Join the Orange County–based band on the “Stairway to Heaven” at Agua Caliente Casinos Rancho Mirage. aguacalientecasinos.com

Paint Night at the Brewery: April 13

Sip locally crafted ales, porters, and IPAs from La Quinta Brewing Co. while painting a masterpiece at the brewery’s Palm Desert taproom. Artist Lauren Avitia walks you through each step of decorating your canvas. instagram.com/c_v_creatives

Back to Business Expo: April 14

This expo at Agua Caliente Casinos Rancho Mirage offers valley visitors and residents a one-stop spot to shop local. More than 80 desert businesses and restaurants show off their products and services and hand out tastes of their freshly made eats. ranchomiragechamber.org 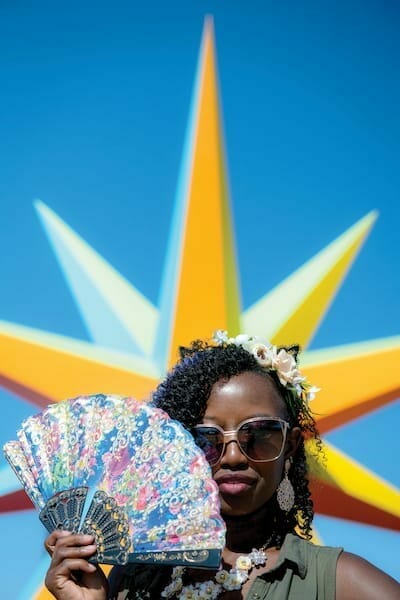 Each year, musicians age 18 to 31 compete for the top spots in the Waring International Piano Competition. The winners will display their skills at McCallum Theatre. mccallumtheatre.org

Rancho Mirage boutique Rancho Relaxo hosts this monthly shindig, where you can sip, shop, and meet some of the creative minds behind the store’s handmade products, which include macramé décor and statement earrings.
ranchorelaxo.com

Neal and his partner, Liane, blend choreography and music with mind-boggling illusions at Marvyn’s Magic Theater in La Quinta. marvynsmagictheater.com

Channeling Frank Sinatra, the Rat Pack, and other midcentury crooners — and pairing that with a “gypsy campfire” vibe, this jazz-pop quintet promises a lively dinner show at the Purple Room in Palm Springs. purpleroompalmsprings.com

Sports broadcaster and former professional golfer David Feherty proves he’s up to par as a comedian in this side-splitting one-man show at the McCallum. mccallumtheatre.org 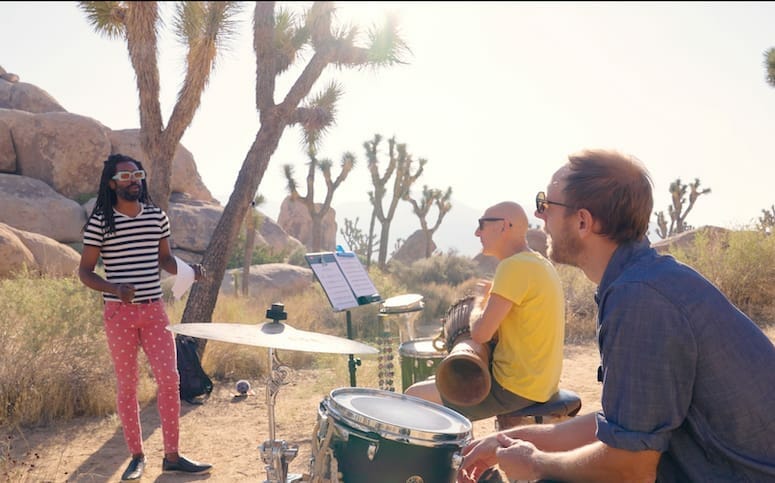 This site-specific immersive acoustic concert composed by Kennedy Verrett for 17 musicians takes place along the half-mile walking path at Cap Rock in Joshua Tree National Park. Audience members will have the chance to stroll through the concert and even become part of it as their presence adds to the soundscape. louharrisonhouse.org

Get creative with a free afternoon of performances and hands-on art activities outdoors from 1 to 4 p.m. at the Artists Center at The Galen in Palm Desert. artistscouncil.com

Storytime in the Park: April 27

You may recognize Shen Yun’s name from the 2019 meme playing off the show’s eye-catching advertising. The Chinese music and dance spectacle appears in more than 130 cities worldwide, including in Palm Desert at McCallum Theatre. mccallumtheatre.org

Country Thunder From Down Under: April 29–30 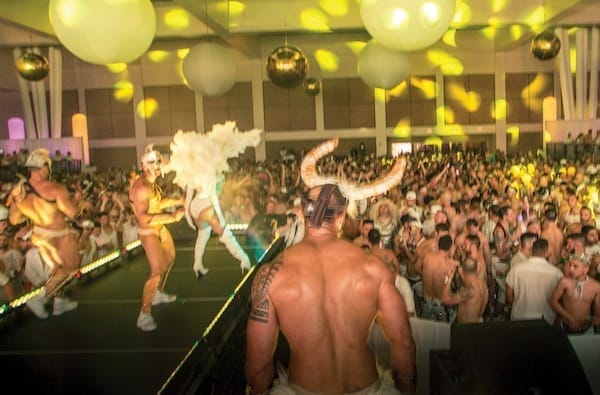 Stock up on white swimsuits and clothes to prep your closet for a weekend of hot pool parties and late-night dances, including a superhero-themed soirée, in downtown Palm Springs at America’s largest gay music festival. whitepartyglobal.com

Put your pedal to the metal for this 55-mile bicycle ride between Knott’s Sky Park in Twentynine Palms and Key’s View in Joshua Tree. Prizes for those who complete the trek include locally crafted goodies such as handmade pottery. 29palms.org

The Modern Chair: Through April 3

Palm Springs Art Museum Architecture and Design Center traces the history of chair design through the 20th and 21st centuries. Visitors will see more than 50 spectacular chairs by designers such as Charles and Ray Eames and Frank Gehry. psmuseum.org

Leon Polk Smith grew up on a homestead in Oklahoma and became enraptured by fine art as a college student in New York City. Palm Springs Art Museum celebrates the rich colors and pleasing geometric shapes that define his abstract paintings. psmuseum.org 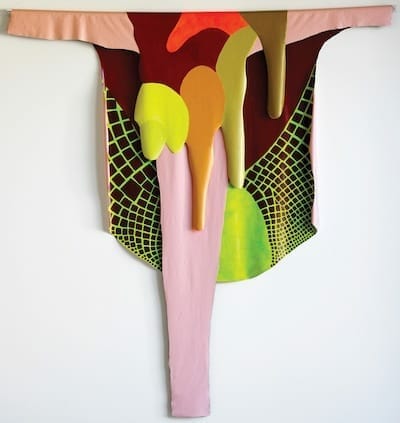 Inspired by the shapely kinetic sculptures of artist Alexander Calder, Mark Davis crafted his first mobile at age 14. After several years in the jewelry business, Davis returned to the mobile form. See his airy metal-and-acrylic pieces at CODA Gallery in Palm Desert. codagallery.com 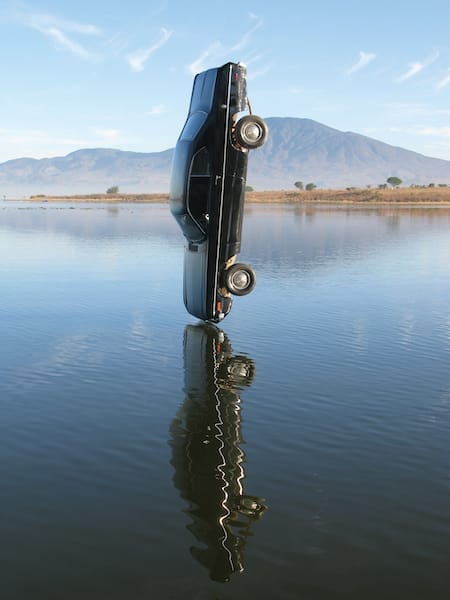 The Artists Council presents 76 juried artworks by students from high schools throughout the Coachella Valley at Palm Desert’s Artists Center at The Galen. Admission is free Wednesdays to Sundays, 10 a.m. to 4 p.m. artistscouncil.com 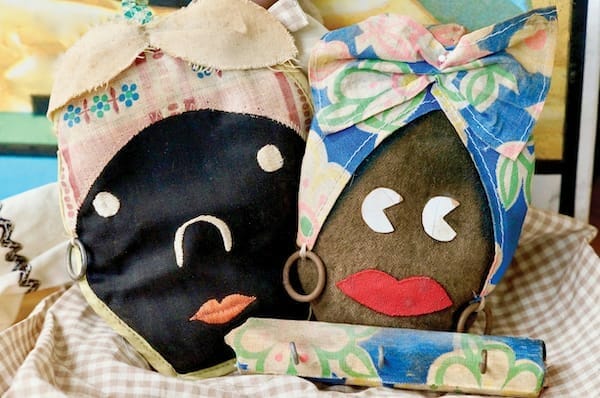 View two decades’ worth of photos, videos, sculptures, and paintings by Mexican artist Gonzalo Lebrija at Palm Springs Art Museum. Lebrija often tilts the perspective on ordinary objects, such as his sculpture History of suspended time (A monument for the impossible), which turns a 1968 Chevy Malibu on its nose. psmuseum.org

Actors at Palm Canyon Theatre in Palm Springs portray witty poet and soldier Cyrano, his beloved Roxane, and other classic characters in this tragic romance set in 17th-century France. palmcanyontheatre.net

Little Shop of Horrors: Through April 10

Desert Theatreworks in Indio presents this 1982 musical about a florist shop employee’s rise to fame and fortune with the help of a flesh-eating alien plant. dtworks.org

All This Intimacy: April 1–3

In this dramedy at Desert Ensemble Theatre in Palm Springs, poetry professor Ty Greene must figure out his next steps after learning his neighbor, his ex-girlfriend, and his young student are all pregnant with his children. desertensembletheatre.org

Spend “One Fine Day” at McCallum Theatre in Palm Desert watching this jukebox musical, which employs Carole King’s extensive — and iconic — discography to explore her rise to fame. mccallumtheatre.org

This heartfelt play at Pearl McManus Theater in Palm Springs promises to bring both laughter and tears with its story spanning one man’s life, including his childhood mission to remind his depressed mother of all the joys the world has to offer. dezartperforms.org

A well-to-do Washington, D.C., family spars with new neighbors over flowers and fence lines in this funny — and deceptively weighty — play at Coachella Valley Repertory in Cathedral City. cvrep.org

A Funny Thing Happened on the Way to the Forum: April 15–16

Desert Rose Playhouse whisks audiences back to 1966 with the music of Tom Jones, Frank and Nancy Sinatra, The Monkees, and other hitmakers. Their songs come to life in the tale of a plucky Midwest widow who travels to Palm Springs and transforms from frump to fabulous. desertroseplayhouse.org 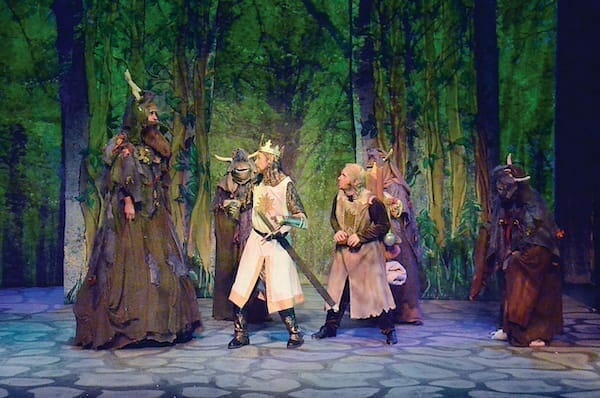 Fans of Monty Python and the Holy Grail (1975) will dig this equally hilarious theatrical adaptation. Journey to Palm Canyon Theatre in Palm Springs to join Arthur’s hapless knights of the round table as they face dark forests, killer rabbits, and the French. palmcanyontheatre.net

Indio’s Desert Theatreworks produces a staged version of the Oscar-winning 1967 romantic dramedy. The film was among the first in America to positively depict an interracial marriage. dtworks.org