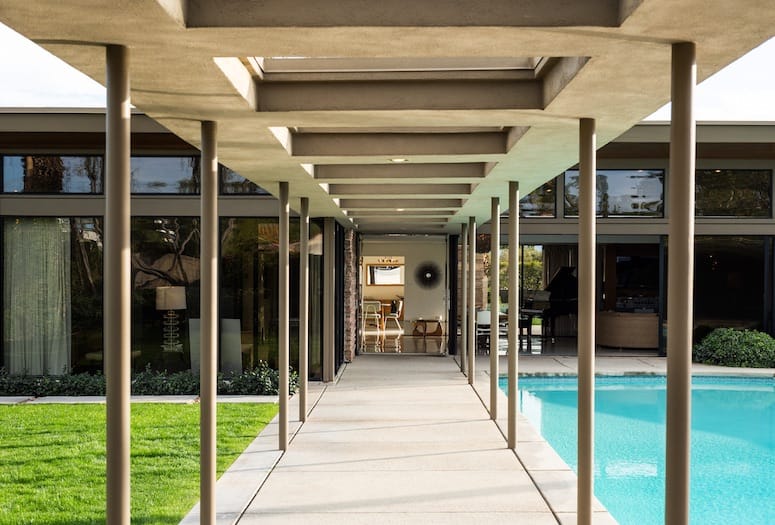 Sinatra in Palm Springs – The Place He Called Home chronicles Frank Sinatra’s life and times at his two renowned residences — including Twin Palms in Palm Springs.
PHOTOGRAPH BY JAKE HOLT

The inaugural Architecture and Design Film Series (Feb. 23-25), a collaboration with the American Documentary Film Festival, will present a lineup of architecture and design-centric films at the Palm Springs Cultural Center (formerly the Camelot Theatre) over three days. The film series includes 26 films, documentaries, and short films.

"None of the films in this series have been seen in Palm Springs,” says Mark Davis, a Modernism Week board member who curates the films and lectures during the 11-day architectural fest.

One of the most notable films to be presented is the world premiere of Albert Frey: Part 1 Architectural Envoy on Feb. 18.

The late modernist architect and longtime Palm Springs resident is the subject of the film directed by Jake Gorst, who with his producer and wife Tracey Rennie Gorst, have produced several other films on revered Palm Springs architects including E. Stewart Williams, William Krisel, and Donald Wexler.

“Albert Frey had quite a life, and we knew we couldn’t squeeze all of this work into one film,” says Gorst, who has split the film into two parts to capture the full arc of Frey’s life. “Part 1 covers his birth in Switzerland, his work with Le Corbusier, and his projects in Europe, then New York, and his coming to California.” Part 2 will be out in a year — in time for Modernism Week 2019. 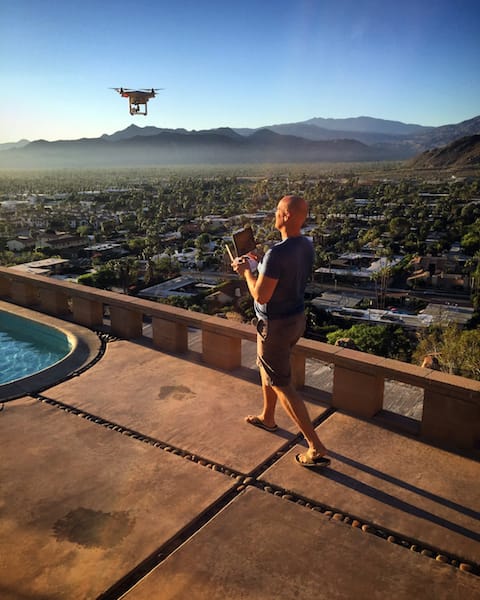 Most of Frey’s work is located in the Palm Springs area, but Gorst points out that “he left his mark in Europe and New York. His fingerprints are on the Museum of Modern Art and he did a tremendous amount of work in Corbusier’s office including the Villa Savoye and the Centrosoyuz Administration Center in Moscow.”

The film has been a two-year project for Gorst, in collaboration with Design on Screen, and contains never-before-published archival imagery, as well as new stunning architectural footage, plus interviews with architecture critic Paul Goldberger and historians Joe Rosa, Michael Schwarting, Frances Campani, Alan Hess, Sidney Williams, William Butler and others.

This world premiere screening will be followed by a Q+A with Gorst, who will moderate a panel with Hess, Williams, and Butler. A post-screening reception (separately ticketed) with cocktails and hors d’oeuvres will be held at the newly restored Hidden Frey, a 1966 tennis estate designed by Frey that has undergone a renovation. 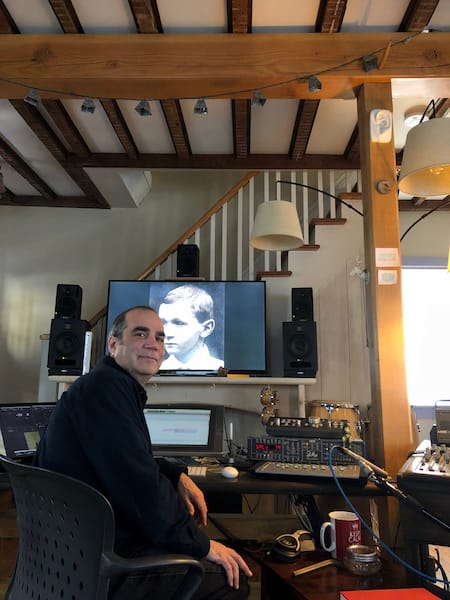 A second world premiere will bring Sinatra in Palm Springs – The Place He Called Home to Modernism Week.

Filmmaker Leo Zahn has documented Sinatra’s 50-year love affair with Greater Palm Springs as told through compelling historical family photos and interviews with many people who knew him best. The film features the last interviews with Barbara Sinatra and Mel Haber, the late owner of Melvyn’s Restaurant/Ingleside Inn where Sinatra was a frequent patron and hosted his pre-wedding dinner to Barbara. A cocktail reception at the Ingleside Inn will follow the screening. 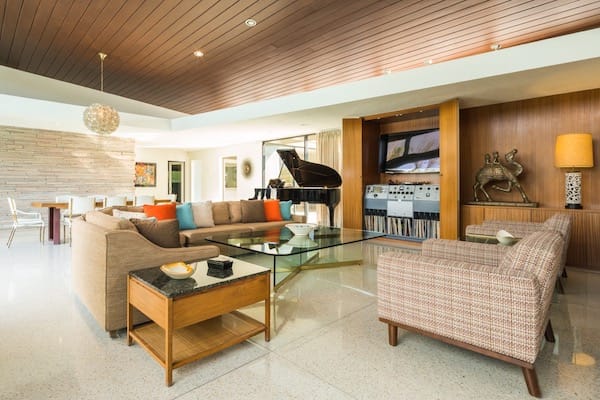 The film chronicles Sinatra’s life and times at his two renowned residences — Twin Palms, designed by E. Stewart Williams, and his sprawling compound in Rancho Mirage where he hosted legendary parties. This first screening sold out but there are still tickets left for the second screening.

An all-access pass for all films in the Architecture and Design Film Series is available. Check the website to see the full schedule of films and to purchase tickets: modernismweek.com.