Arnold Siegel: Don't Just Live Your Life – Own Your Life 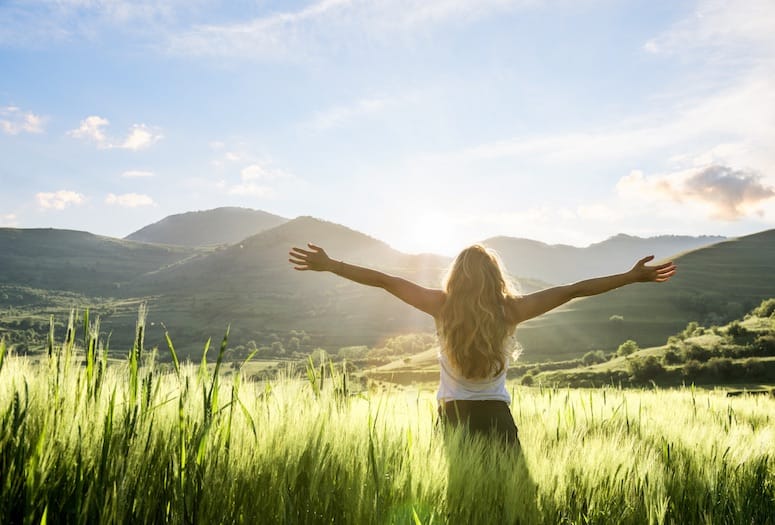 I teach classes and coursework that address the autonomous subject. As you know, the intention is to have you realize an empowering understanding of what it means to be an autonomous subject and then, enlightened in the matter, master its positional, procedural and deliberative processing. Although such mastery requires a lifetime of mindfulness, the effort is exciting and rewarding and doesn’t carry the burdens of shame (and sometimes restitution), sneakiness and worthlessness that often accompany bad behavior.

The form of this philosophy and discipline includes characterizing your identity, unifying your voice and recognizing your selfhood as America’s autonomous subject. These accomplishments, in turn, will help you to develop enough command of your executive ego-function so as to be in possession of your life. I also refer to this discipline in the command of the executive ego-function as One Voice because it is intended to help you merge the image and the being.

Think about it. We all know that it is not easy “to be on” all the time or, said another way, to muster the energy to pretend to be who we are not. In other words, the “dis-ease” or anxiety that all of us experience when we don’t know, be and accept who we are is an albatross-like problem. Why? Because the “image” or pretense—if not the practice of conscious insincerity—is the practice of inauthenticity, conscious or not, and we’re always subjectively and, perhaps physically, doubt-ridden by the fear of being exposed. The constant need to manage the image may make us defensive, robotic, stingy and humorless. It may also inhibit our ability to be spontaneous or to “think on our feet.”

Pretense prevents us from bringing the command of our executive ego-function to its maturity and from owning—that is being responsible for—all of our choices and behavior. Understanding and keeping to the integrity of this ownership or responsibility is key to the success of the life we lead and experience. When we don’t succeed, no fulfillment, satisfaction and equanimity accrue to self-possession or ownership. Worse, when this particular accrual is missing, all sorts of replacements are sought in an effort to make up for the emotional short fall (and likely, to no avail).

In my most recent post titled, “Don't fit in? Get the whole picture and understand why,” I addressed the philosophic disorders of dispossession (we are not in possession of our life) and psychologism (we harbor the conception of the bifurcated human being). These disorders not only inhibit our ability to merge the image with the being, but are also obstacles to our ability to fit the living system that we are into the regulated environment that is America.

They are obstacles because they prolong, maybe forever, the autonomous subjectification of the naked animal to its transformed maturity as it reveals itself onto the world through its enunciated and reflective selfhood. This transformation occurs, as I’ve said, when, in the light of America and its idea of the free subject, we know, be and accept who we are. We do this by making distinct the manner of our determination (our spontaneous behavior), our disciplined self-inventive creativity and importantly, the systemic resources of the naked animal that support our autonomous efforts. The result? A confidence of self-possession born of an integrity of responsibility that makes us fit to address possibility and opportunity as well as constraint and adversity.

However, the philosophic disorders of dispossession and psychologism support something different: a sense that we are exceptional. By this I mean exceptional as in uber awesome. But I also mean exceptional in the sense that we should be excepted from practicing forms of the regulated environment that get in the way of what the various manifestations of Scoreboard want us to want. If one or more of our desires requires us to bend the rules, then so be it. Ironically, while we may say (ingenuously) that everyone bends the rules, we’re shaken to the metaphysical core or we may think ourselves “victims” when another’s irresponsibility saddles us with bad news or other weighty burdens we never intended to carry.

As a matter of choice, we who study this philosophy and discipline, have accepted the forms that shape the American experiment. We intend to know, be and accept who we are as a matter of our performance as the autonomous subject. We comprehend its integrative processing and command its executive ego-function. This command includes resetting our determination where warranted (and possible). That is, we become the master of the self-regulation or regulative virtue asked of the autonomous subject.

According to Socrates, virtue is its own reward. When I say don’t just live your life, own your life, I mean that the autonomous subject’s practice of virtue, while difficult, provides a significant degree of satisfaction well worth the effort. Moreover, with the acquisition of self-possession, we experience an ease, a lightness of being, if you will, that puts an end to many of the needless subjective struggles self-imposed or laid upon us.

Arnold Siegel is the founder of Autonomy and Life and the leader of its Retreat Workshops and Advanced Classes. Visit autonomyandlife.com for more information on Arnold Siegel and his works.