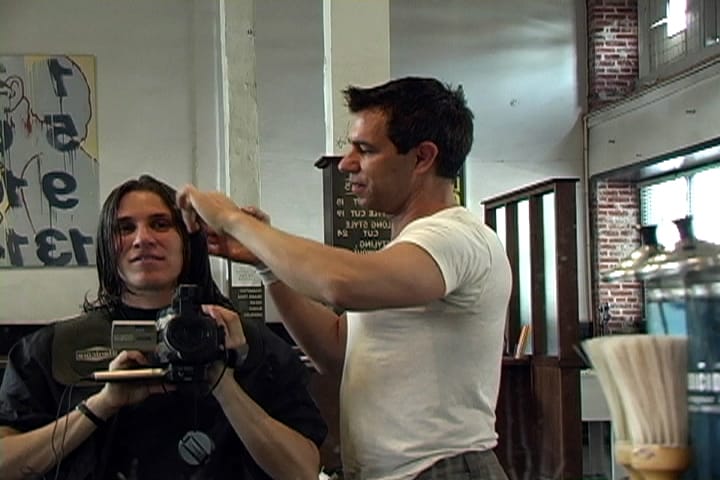 The documentary film, Video Remains, will be shown followed by a Q&A with director Alexander Juhasz.
pzacad.pitzer.edu

Although the day is titled, A Day With(out) Art, the opposite will be true Saturday (Dec. 1) at the Palm Springs Art Museum.

The museum will present a series of art forms to coincide with the World Health Organization's World AIDS Day, which began in 1989. Admission is free.

Robert Atkins, co-founder of Visual AIDS, which created A Day With(out) Art 24 years ago as a day to use art to raise awareness and honors those who have died of AIDS, will lecture on In Mourning and In Rage as part of the day's theme: – In Memoriam: Loss, Identity and History in the Age of AIDS.

There will also be a screening of the film, Video Remains, a documentary by filmmaker Alexandra Juhasz to honor his best friend in his final days, and a panel discussion about memory and loss.

During the day, the museum's Houston Atrium will continually change its look with contributions from the Western Art Council, the Photography Collection Council, the Artists Council and the Contemporary Art Council among others. Artwork that addresses death, loss and/or memory will be spotlighted, a showing of relevant works from the museum's permanent collection will be displayed and a "Memorial Wall" in Zone 101 in the Hoover Gallery will be available to patrons to share written memories of people who have died.

In the evening, Desert AIDS Project will join the Palm Springs Festival Lights Parade with a float entry for the first time ever. Prior to the parade, a light reception will be held conjointly by the Desert AIDS Project, the LGBT Center and Palm Springs Sisters of Perpetual Indulgence at the LGBT Center, 611 S. Palm Canyon Drive, Suite 201. They will celebrate the theme, "Getting to Zero".

1-2 p.m. – Annenberg Theater
Lecture by Robert Atkins, In Mourning and in Rage: Art About AIDS.

2:45-4:15 p.m. – Annenberg Theater
Panel discussion: In Memoriam: Loss, Identity and History in the Age of AIDS. The panel will include Atkins, Juhasz, Sally Olins, civic leader and Rabbi of Temple Isaiah, and architect Daniel Spencer, who designed the first AIDS memorial in the U.S.