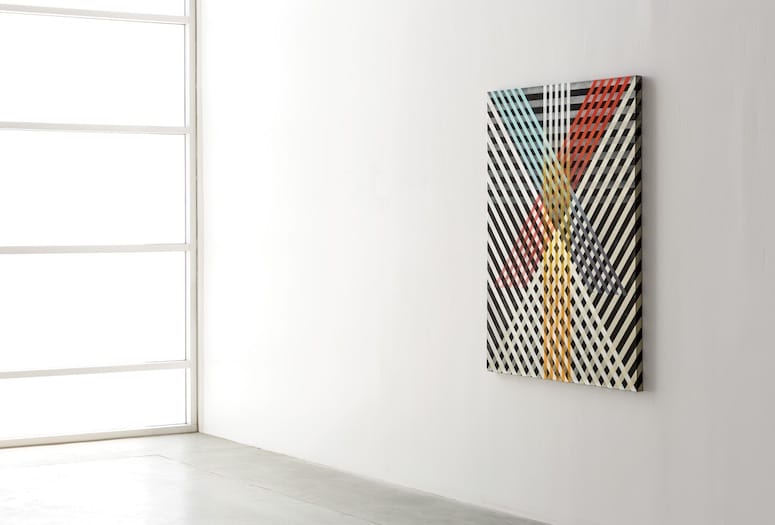 Ryan Campbell, like most so-called process painters, exhausts every possible permutation of his ideas, from monochrome to multicolor, sharp to distressed, and two-to-three dimensional.
PHOTOS BY LANCE GERBER

Ryan Campbell’s studio looks empty. He took a selection of paintings to Arizona for an exhibition, installed a couple of sculptures and paintings at a private home in Palm Desert, vacationed with his wife and friends in Mexico, and came back to a studio with plenty of room to create new work.

Hidden in plain sight in an industrial space behind Frankie’s Old World Italian Bakery off Perez Road in Cathedral City, the studio is a perfect venue for Campbell to engage in what amounts to a morning stretch: sketching on paper. He arranges several sheets on a worktable, tapes the edges to create generous margins, and uses a variety of tools, stencils, and materials to lay down his latest ideas and work himself into a groove.

He’s exploring different compositions, color combinations, and surface textures for his ongoing series, Line Segments.  “I find a color or compositional fixation,” Campbell says with genuine excitement. “I tend to repeat them when working on sketches. Once I’ve made a couple decisions I allow intuition to take over.”

The idea for the series of paintings and sculpture, both composed of bold, intersecting lines, traces back a few years when Campbell was installing art at a home and noticed shadows cast by nearby construction. “I was fascinated seeing these compositions,” he says. It reminded him of European street art. “I just made a mental note.”

Campbell, 36, was barely old enough to drink alcohol when he moved to the desert from Los Angeles in 2001. He was a teenage graffiti artist with an illustrative style who had run with a crew and rebelled against advertising, branding, and anything else that lit his fuse. “Part of the thrill was that rush of adrenaline when you go out and paint on the side of a bridge,” he concedes.

A trip to Indonesia with his mother showed him another way. He met the artist Made Wianta, who invited them to his home in Ubud, a town known for art and culture. “It was Third World, with huts, and you get to this guy’s place and it’s a compound with a Mercedes parked on a marble floor. I noticed stacks of paper in every room. He told me he makes 200 to 300 drawings every day.” 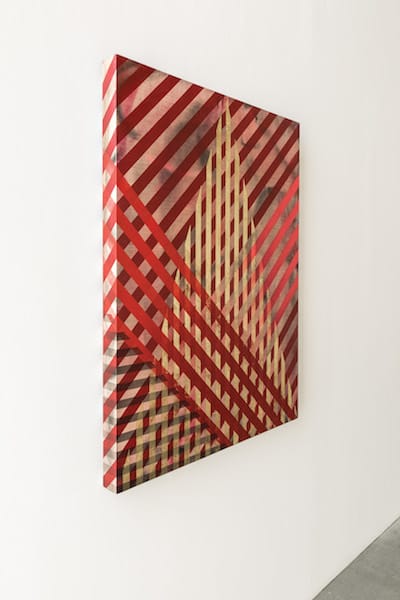 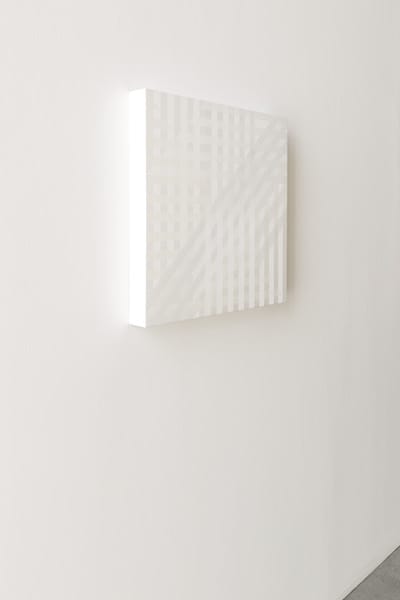 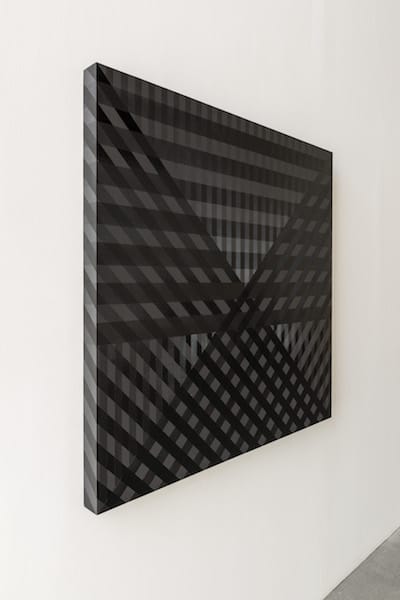 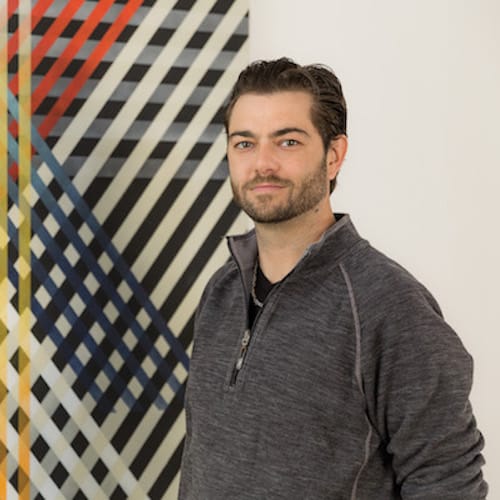 It was the first time Campbell saw an artist at work in a studio.

Wianta invited them the next morning to the village where he lives. Campbell describes it like a Four Seasons resort, but was most affected by the room with one simple piece of furniture and one large painting. “It was a really profound experience.”

They connected through conversation. “He looked at my sketchbook,” Campbell says. “And he told me, ‘There’s more than graffiti.’ ”

Back home, Campbell attended College of the Desert, where one of his art professors, David Einstein, advised him to make art every day. “I understood that,” Campbell says. “It hit me to my core.”

Around this time, he took a variety of jobs to learn the ways of the art world and meet other artists who could teach and inspire him. His first stop was Imago Galleries in Palm Desert, where he learned to handle and respect art. He started to build his visual literacy and made valuable connections, such as artists Ed Moses and Chuck Arnoldi, whose influence surfaces in Campbell’s work today.

Eventually he learned about Frank Stella — Campbell’s recent work relates to the renowned minimalist’s 1960s and early ’70s paintings — and Sol Lewitt, the relentless proponent of conceptual art also known for a minimalist aesthetic. You could imagine some of Campbell’s creations as fragments of Lewitt’s monumental wall drawings.

But more than their aesthetic ideas, Campbell admires these artists’ fearless commitment to seeing them through. “They have a distinctive work ethic, a drive to explore these ideas to the infinite number of possibilities and create every scenario,” he says. These artists and several locally based role models, especially Phillip K. Smith III, drive him to dig deep into his ideas and express them in different materials.

He started working with Smith in 2014, disassembling the artist’s viral sensation Lucid Stead, the jackrabbit homestead shack-turned-art-installation in Joshua Tree. Campbell assisted Smith on other projects and enjoyed frequent conversations with his eventual mentor. 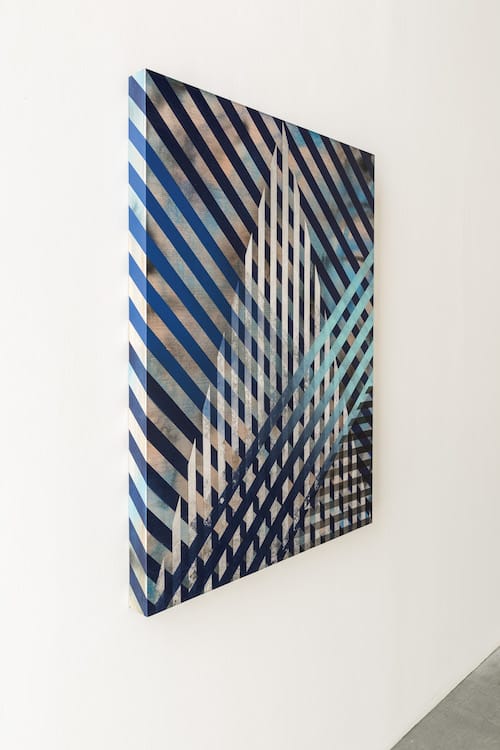 “He even makes monoprints using fragments of  picket fences and other  makeshift stencils. They loosely relate to the desert’s  modernist aesthetics.”

“It was the first time I discussed my work and heard my work being discussed,” he says. Then he went with Smith to install at Untitled, an art fair coinciding with Art Basel Miami Beach. “That changed everything. I saw work on an international scale. It was a crash course.”

It was an exciting time. At home, people were responding to his work. Sarah Scheideman of Coachella Valley Art Scene exhibited one of Campbell’s works at the organization’s now-defunct gallery in Cathedral City. Then Goldenvoice, the producer of the Coachella Valley Music and Arts Festival, commissioned 13 paintings for houses it was renovating in Indio. And Royale Projects invited him to paint a 56-foot-wide mural outside its downtown Los Angeles gallery — a fusion of his youthful street art and rigid studio work.

The paintings are feats of masking tape and spray paint — a crossing of geometric abstraction and op art, some minimal and monochromatic and others “noisy,” with color and texture. He even makes monoprints using fragments of picket fences and other makeshift stencils. They loosely relate to the desert’s modernist aesthetics, and also to the geometry of Native American weavings and the designs of Mexican serapes. “I was seeing it every day and picking up the cues,” he says, emphasizing how the work differs from his emotionally charged illustrative street art and later figurative and representational paintings. “I felt a connection because it’s visually striking.”

He’s also parlaying his ideas into sculpture. “While working with Phil I saw how he would make models and mock-ups, and that allowed me to understand what was possible in a composition,” Campbell says. “I thought how great it would be to make a painting in 3-D. I started playing with sticks until I found compositions that felt right and a great fabricator who understands the ideas. 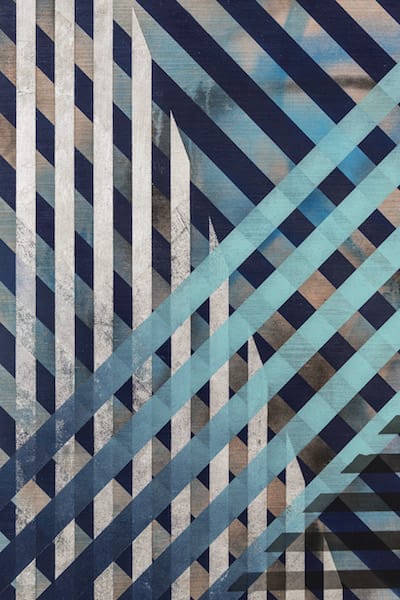 So far, he has scaled sculpture up to 8 feet in powder-coated steel and wood. With most of his paintings either sold or on exhibition, Campbell is back to the drawing board to replenish his inventory. Vacation is over.