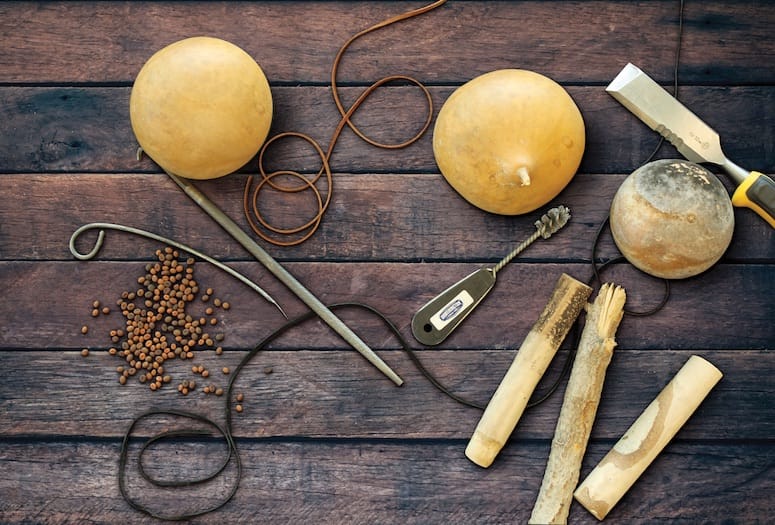 Traditionally, the Cahuilla and their ancestors made three types of rattles for bird singing: gourd, tin can, and Western pond turtle (the latter are rare, but some tribes still use them for ceremonial songs).

Gourd rattles are the most common and have been an inherent part of Agua Caliente culture for generations, even when the first non-Indian settlers arrived in the 19th century. Today, Agua Caliente bird singers often procure gourds from a farm near Temecula.

Young Tribal members learn early on that these instruments are not toys; they are culturally and spiritually significant objects that must be treated with reverence. According to John Preckwinkle III, chairman of the Tribe’s Cultural Preservation Committee, the Agua Caliente have believed for generations that once a rattle is created, it has its own spirit — and, once cracked or broken, should be burned. When these rattles are used to accompany the Tribe’s bird songs, which recount their ancestors’ first migration and other creation stories, they become a part of a living tradition. 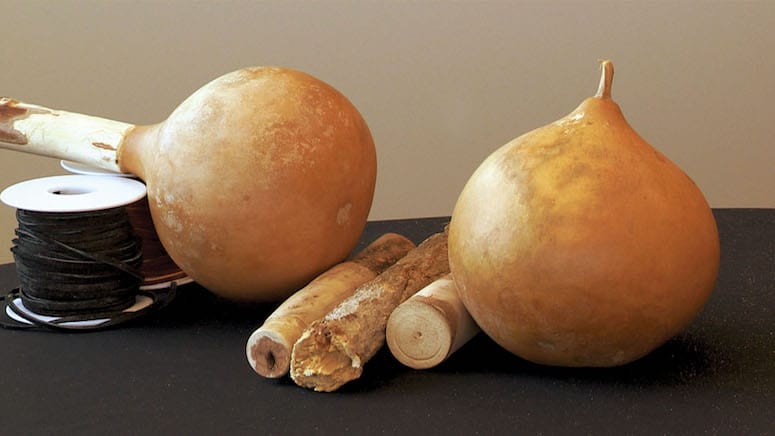 How to Create the Gourd Rattle’s Sacred Sound

After a three- to six-month drying process, depending on one’s geographical location, the gourds are ready to be made into rattles. The most important step is removing the webbing and seeds inside the dried gourd so it is clean and empty when you add the palm tree seeds. To do so, cut a small opening at the base of the gourd, near its “neck,” with a handsaw. 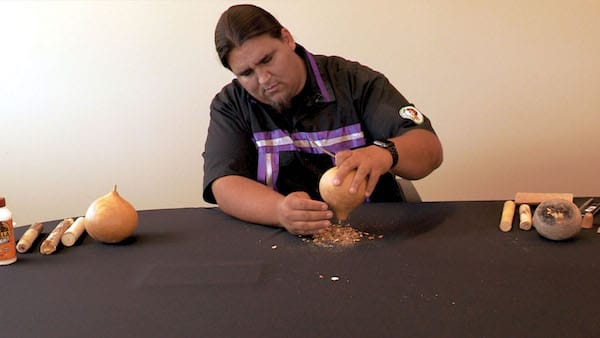 A pipe cleaner and small metal scraping tools are helpful in removing the webbing; gently scrape at the sides to loosen up the contents. One precaution: Dried gourds are made of a porous material and can emit dust and other small particles while being emptied, so it is advised to wear a face mask to prevent dust inhalation.

When the inside of the gourd is empty and clean, add the Washingtonia filifera palm tree seeds. Fill with just 30 to 35 seeds for optimum sound. If too many are added, the rattle’s sound will not match that of other rattles in a bird-singing performance, thus disrupting the harmony. 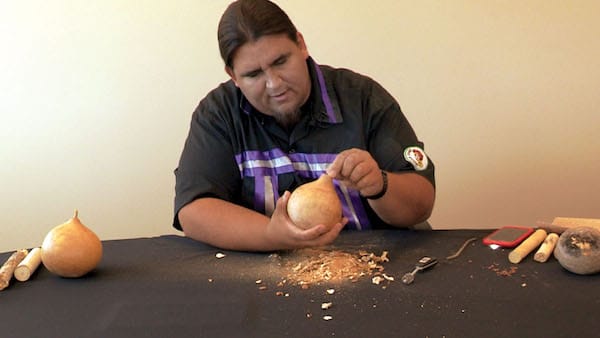 To attach the wooden handle, use a small chisel to carve one end into a slightly pointed cone, with a flat “shelf” encircling it. Insert this part of the handle into the hole in the gourd, sealing it in place with wood glue. Allow the handle to dry for approximately 30 minutes. 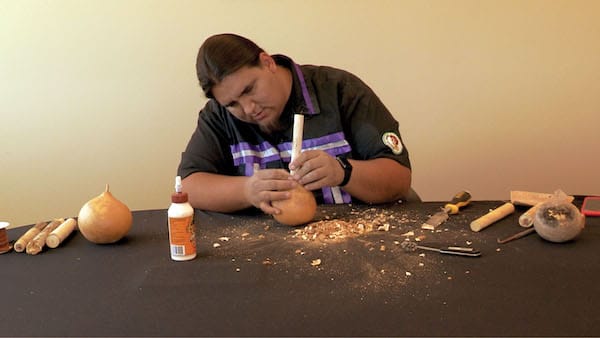 For additional support, wrap a piece of leather or suede string around the base of the gourd, where the handle is attached, and secure with wood glue. You may also choose to drill a small hole near the bottom of the handle and run a piece of string through for a wrist strap. 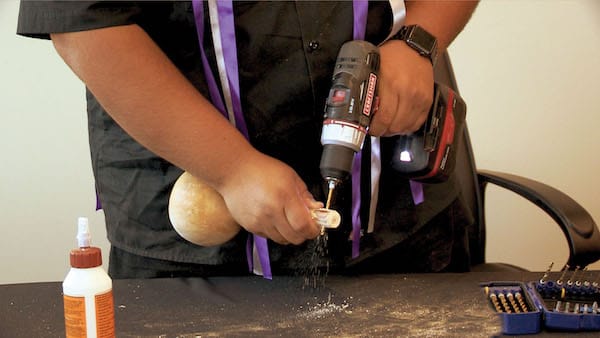 The seeds inside the rattle wear down over time, and leftover webbing and skin inside continues to break off as the rattle is shaken. If the sound of your rattle begins to weaken, try drilling small holes in the gourd to help release some of this dust and preserve the seeds. The lifespan of a typical gourd rattle varies, but some can last years if proper care is taken. 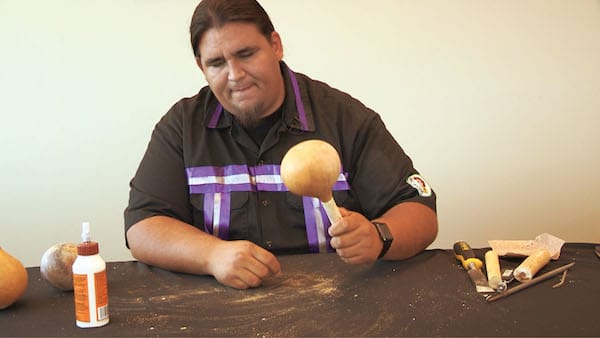 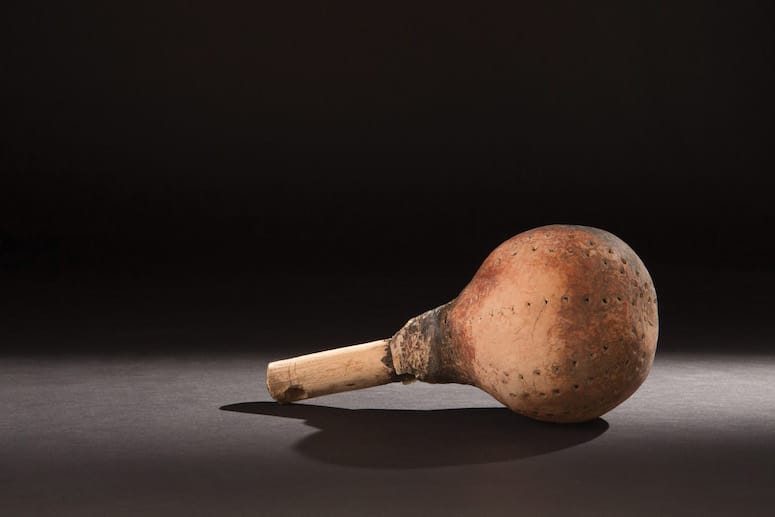 Making a gourd rattle is a time-intensive process that require patience and a consideration for the meaning behind the purpose.

This story originally appeared in MeYah Whae, The Magazine of the Agua Caliente Band of Cahuilla Indians, Fall/Winter 2018-19.