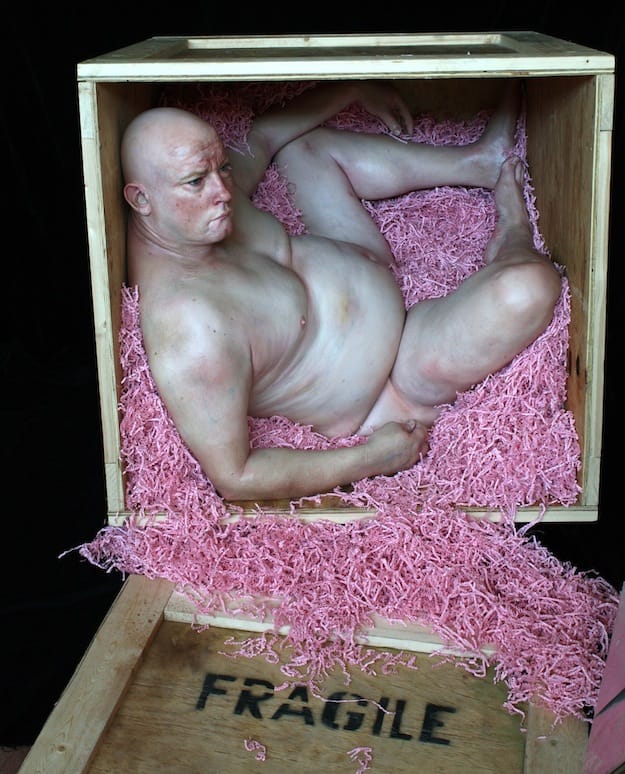 Marc Sijan's art may not be real, but try telling that to the guy in the box.

“I am seeking to freeze motion rather than suggest life,” he said. “The sculpture appears passive, but there is so much going on inside.”

Sijan’s sculptures have been described as "homages to humanity’s fascination with its own form, a fascination which has compelled artists throughout the millennia to mirror life in virtually every medium.”

His figures are so true to life that they seem to be on the verge of movement, a mere instant away from action. Sijan works within the tradition of figurative sculpture, but uses a modern approach.

His work has been included in the NYC Armory Show for the last two years. He has had more than 50 one man museum exhibitions, including institutions such as the Delaware Art Museum, the Pritkin Museum, The Butler Institute of American Art, Ulrich Museum of Art, Canton Art Institute and the Cuadro Museum in Dubai.