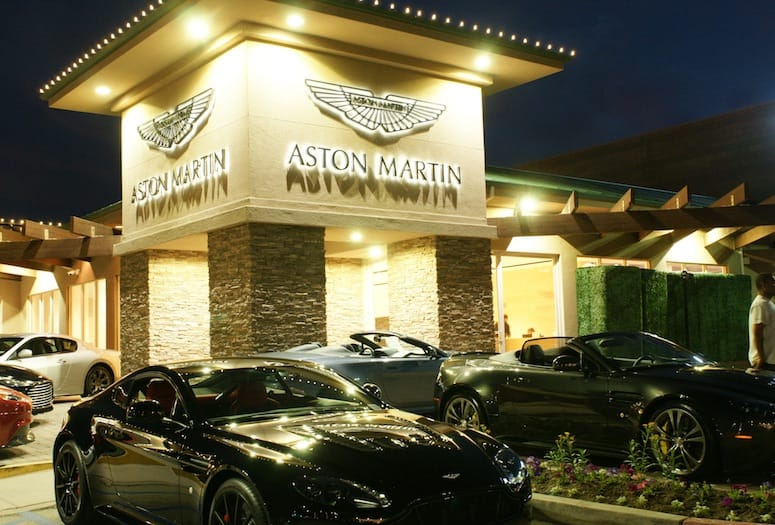 The New Aston Martin DB11 Volante was front and center in the new showroom and will be available early next year. The new convertible boasts a new V8 twin-turbo engine producing 503hp. This car sports high-tech features including: self park assist, blind spot assistance, Bang Olufsen sound system, an all new aluminum body, while continuing to hold the traditional soundtrack of an Aston Martin.

The special guest that night was a car that would not be released to the world until Nov. 21. While being covered by tall box hedges, requiring a confidentiality signature from guests, and no cell phones allowed within the hedges - the new Aston Martin Vantage provided a glimpse into the future.

The Vantage has always been Aston Martin’s preferred chassis choice for their Motorsport team, and this car is no different. With an all new sleek coupe design, 503hp V8 twin-turbo tuned engine, and light weight body, this car is expect to be a favorite for sports car enthusiasts around the world.

Both cars are available for immediate order and will start to deliver to customers early next year.