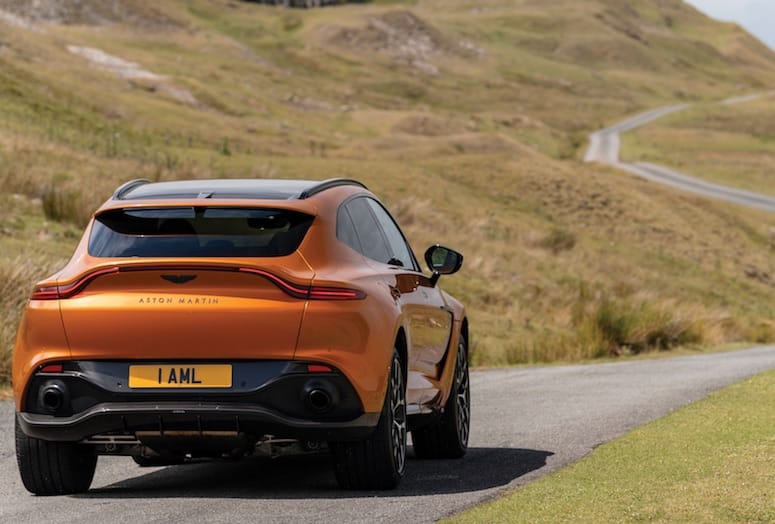 Driving east toward the desert always raises my excitement level. This is even more true when I’m in a brand new Aston Martin: inhaling the redolent scents of the brogue-style leather trimming on the seats, dash, and door panels; listening to the mellifluous and potent sounds of the twin-turbocharged V8 motor as it revs to extra-legal speeds; putting it through its paces on the twisty back roads in the San Jacintos.

While I recently made this drive, enjoyably, in the brand’s latest convertible, the $161,000 Vantage Roadster, I had a surprisingly similar experience in its first sports utility vehicle, the nearly $200,000 DBX.

Built on a dedicated platform, assembled in a new, state-of-the-art factory in Wales, sporting the 108-year-old British marque’s first all-wheel-drive system, and styled with the alluring and mesomorphic forms that characterize the debonair performance vehicles for which the brand is known, the DBX, according to Aston of the Americas president Laura Schwab, “allows us to broaden and extend the appeal of Aston Martin to a new group of buyers.” This means welcoming existing Aston buyers, most of whom already own an SUV, to stay in-brand for their all-weather driving requirements, as well as inviting new customers into the fold whose personal and vehicular needs require more usable passenger and cargo than a two-passenger sports car. 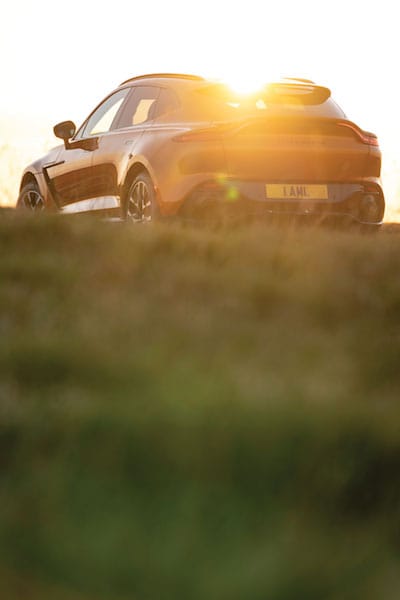 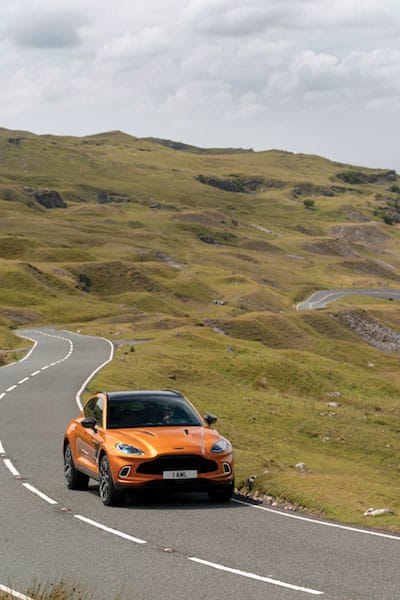 “It provides a lusty soundtrack when roaring along the area’s outlying country roads.”

I had a chance to put my “Golden Saffron” DBX to the test first on a series of challenging local roads that included narrow mountainous switchbacks, rolling rural ribbons, and undulating hilly sections. Though their jacked-up stance allows them greater ground clearance — in part to prevent their tender mechanical bits from getting banged up and bleeding precious fluids when navigating rough off-road environments — SUVs generally have some intrinsic limitations, when compared to cars, in more dynamic driving. These include increased weight and diminished aerodynamics, which reduce speed, as well as a higher center of gravity, which impacts maneuverability.

Technology, mainly in the form of a computer-controlled air suspension system that monitors and adjusts ride and balance with alarming alacrity, is the DBX’s solution to these dilemmas. The result is a preternaturally balanced ride that makes the car seem much smaller and lower. It’s easy to forget that there is a class-leading cabin behind the driver, with room for two real adults and all of their physical baggage, and surprisingly easier to imagine that you’re behind the wheel of one of the brand’s two-seat sports cars. This was true even when the roads became extremely technical or presented unexpected pockmarks in construction repair from the ongoing extreme weather that plagues Southern California in this anthropocene era.

The DBX’s booming, 542 hp, twin-turbocharged V8 engine offers additional assistance, rocketing the SUV from 0 to 60 mph in 3.8 seconds and providing plenty of grunt throughout its lovely rev range. The engine is built by Mercedes’ go-fast sub-brand AMG. (Benz owns a small but significant stake in Aston, and sells motors and electronic architecture to the boutique brand.) 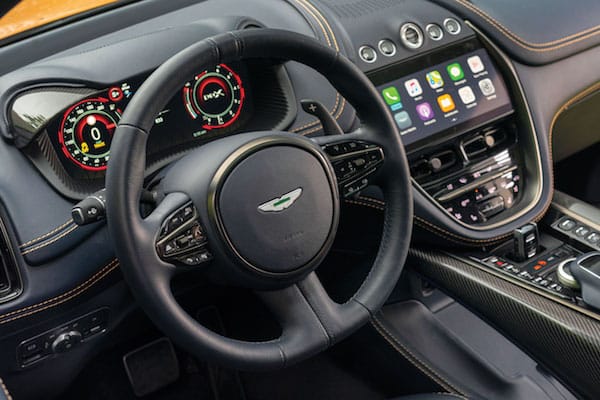 All-wheel drive with variable torque distribution and height adjustable air suspension provide the confidence and versatility on and off road. 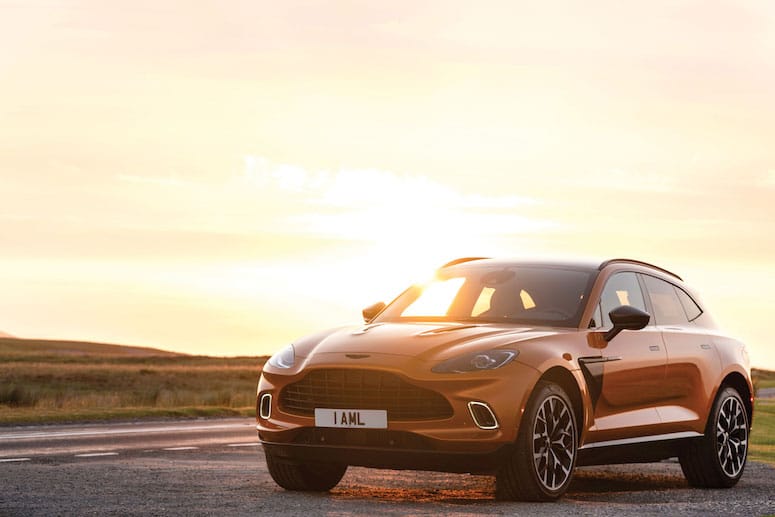 It provides a lusty soundtrack when roaring along the area’s outlying country roads, many of which run through orchards and small farms. So much so that, when entering a slightly more populated area, I got into the habit of selecting one of the DBX’s less sporty drive modes — available by toggling a switch in the cabin — which tones down the trucklet’s obstreperousness from incorrigible to jazz trombone solo.

It’s unlikely that any DBX owners will ever take their six-figure sport ute off road, but if they do, they can rest assured that the all-wheel-drive system can handle some sand and gravel. Also, snow, though I didn’t have a chance to test that during the heat wave that plagued our time with the car: Temperatures soared to 106 in the desert and around 90 in the mountains. However, anyone interested in the off-road capabilities should order the optional all-weather tire package. The sticky, thin-sidewalled summer tires on our tester made us feel vulnerable to punctures in the rocky desert.

Though people do drive their Aston Martin Vantages and DB11s every day, the brand’s sports cars generally fall into the category of what I call Occasion Vehicles, rides brought out for special events, weekend escapes, or Sunday drives, functioning as part of a reward paradigm, wherein owners give themselves props for their own success. An SUV, as is noted in the middle initial of its acronymic name, is supposed to be more utilitarian.

This would seemingly create an inherent conflict in a vehicle like the DBX. But, as it turns out, Aston’s first SUV not only provides plenty of practicality, it delights in its driving dynamics. This is enough to make a trip on the highway, or a drive up into the mountains, a special occasion. It is enough to make the DBX a true Aston Martin. And it is hopefully enough to bring more well-heeled customers into the brand’s clubby embrace.

• READ NEXT: The Lexus LC 500 Convertible Offers Power And Luxury.