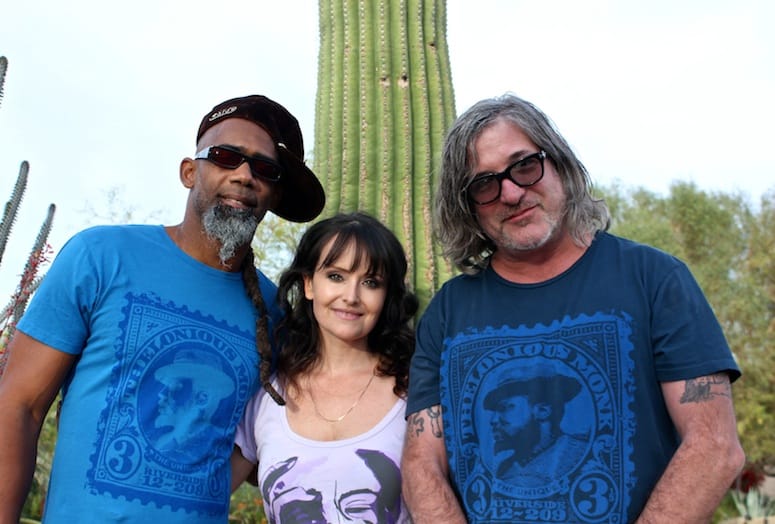 Astrella Leitch wanted to create a piece of clothing that no one would ever want to take off.

The collection of luxury T-shirts with iconic album imagery and musical delighters will be on display when Saxony Group Fashion Week El Paseo opens March 21 for eight straight nights of fashionista frivolity.

Astrella will appear with singer Drake Bell at 9 p.m. March 21 during a break in the 10th Anniversary Celebration fashion show featuring designers who helped shape the event over its decade-long existence. Astrella Leitch, whose father was the 1960s singer Donovan, is the creator and designer of Astrella Musical T’s Collection.

In addition, Astrella’s T-shirts will appear on the runway on March 23 during the “El Paseo Rocks” fashion show in advance of their Bloomingdale’s debut. Bloomingdale has selected to carry the Musical T’s of Elton John, The Who, and Queen from Astrella’s iconic musical collection and will be for sale in stores by May.

Astrella is no stranger to the music scene. She grew up surrounded by musical giants, including her father, Donovan (Leitch), a 1960s Scottish singer/song writer. She wanted to pay it forward in both respect and honor to the legendary artists, who paved the way in the music industry and whose names and music still stand strong today.

Names like Miles Davis, John Lee Hooker, Thelonious Monk, and Billie Holiday – together their jazz music continues to transcend the test of time. She has transformed iconic album covers into artistically designed T-shirts that represent how music lovers feel and think is “really what graphic T-shirts are all about,” she says. Denise models a Billie Holiday T's in yellow  made in Los Angeles.

Beyond the musical theme, Astrella also found a way to give distinction to her line in the form of high-quality, beautifully designed graphic artwork with a high-tech twist. Where the consumer can, in a few short steps, purchase the T-shirt, download the artist’s music via hang tag and instantly begin enjoying the tunes.

This new spring collection and the buzz that surrounds it, has both Astrella and her husband Jason Rothberg, saying, “We are incredibly jazzed.”