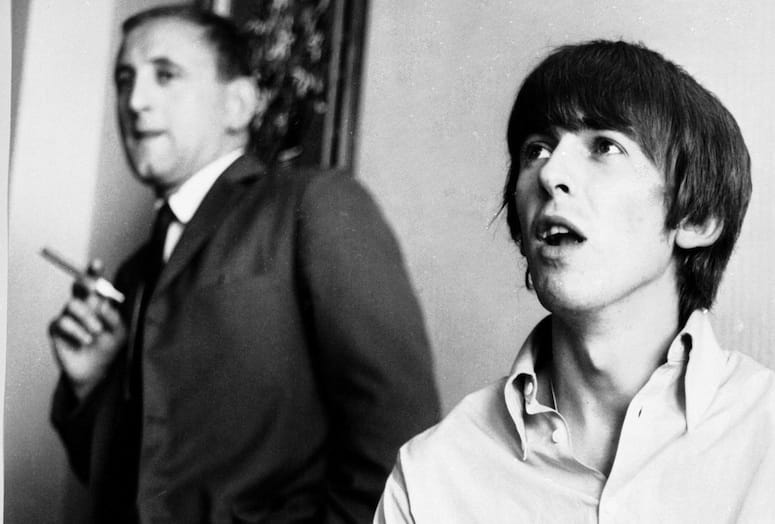 We all love telling a good story, and Ivor Davis has one walrus of a tale to pass on.

Davis had the unique opportunity to travel with The Beatles on their first American tour almost 50 years ago. "The amazing thing today, when I go anywhere and talk about The Beatles…people are so fascinated with (them)…were talking about kids to people my age," he says. "Looking back, I didn’t realize, at the time, how incredible this experience was. It took me a long time to appreciate that I had gone through this experience."

As a young journalist and Hollywood correspondent for one of the largest newspapers in England, The London Daily Express, Davis had no inkling that the six-week assignment covering a fresh British band across the pond would provide a window into a world that has been speculated upon for generations.

He spent 24/7 with The Beatles on the whirlwind 1964 tour that has made its way into music history. Many people have written about the iconic band. Many have speculated about the behind the scenes antics of these popular musicians, and many a song has been sung about the "Fab Four"…but Davis was there.

His stories, vividly described in his book, The Beatles and Me on Tour, gives a first-hand account of the personalities and activities of the legendary group on the verge of stardom. "We hung out, we played monopoly while trapped in hotels, and Paul McCartney served me gin and tonics on The Beatles jet," Davis says. "They made me feel like I was one of the family. I never felt like an outsider."

Davis is eager to impart some insight into his life with The Beatles as the special guest speaker at Melvyn’s at 6 p.m. March 5 in Palm Springs.

• When Davis joined the band at the Whisky A Go Go with Jayne Mansfield on Sunset Strip almost 50 years ago.

In addition to his Beatles adventure, Davis' career took him around the world covering everything from riots and flood to World Cup Soccer. He wrote more than 100 magazine and cover stories and moved to the West Coast to become editor-at-large for Los Angeles Magazine. Davis, now a proud grandfather who likes hanging out with his family, has been a resident of Palm Desert since 2002.

Author Ivor Davis, The Beatles and Me on Tour, 6 p.m. March 5 at Melvyn’s Restaurant. 200 W. Ramon Road, Palm Springs. Reservations: 760-325-2323. Visit www.ivordavisbeatles.com for more information about Davis and his book.