Bar Cecil in Palm Springs Offers $50 Martini, and It's No Gimmick 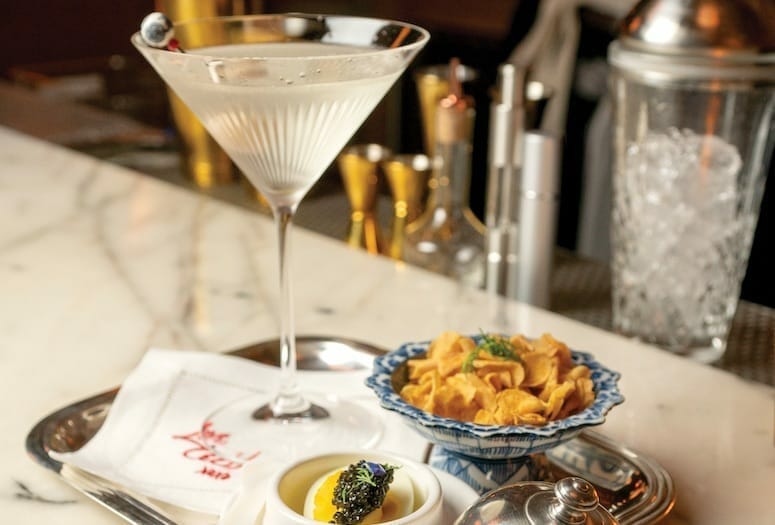 Bar Cecil opened less than a year ago, and one of its drink offerings is already notorious: The Fifty Dollar Martini, a cocktail that plainly and proudly states its asking price — around three times the standard cost of  shaken-or-stirred martini — right there in its cheeky name. However, The Fifty Dollar Martini is not merely an ostentatious gimmick. It’s an experience.

“It’s probably the most talked about item on our menu,” says Bar Cecil general manager and partner Nate
VanDeventer, who points to a team effort at the whimsical South Palm Springs eatery as part of the drink’s allure. “The quality of ingredients is a given, but this is the only item we have that all positions of the restaurant pitch in to complete.”

A perfectly chilled glass of Beluga vodka is kissed with Alessio vermouth. Then, it’s dramatically poured tableside and accompanied on an exquisite little silver tray with a Regiis Ova caviar-topped deviled egg and a bowl of sunchoke chips crafted by executive chef Gabriel Woo. 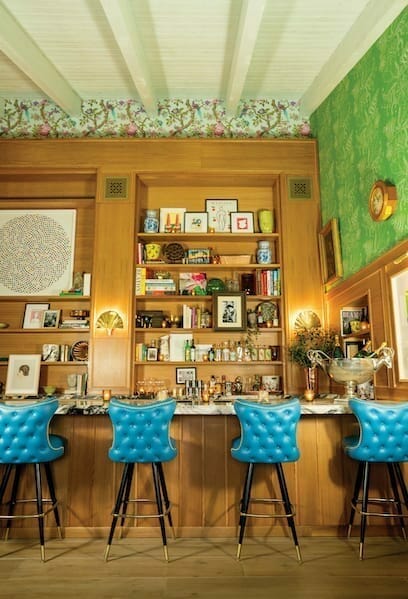 For those fabulous enough to enjoy The Fifty Dollar Martini on 10 separate occasions, their name will be engraved on a brass plaque at the bar, joining such glamourous décor as artworks by Andy Warhol, Alexander Calder, and Damien Hirst.

Memories of visiting the legendary Bar Hemingway at The Ritz Hotel in Paris inspired Bar Cecil co-owners and life partners Jeff Brock and Richard Crisman to create the cocktail. VanDeventer says the distinctive concept took its final form after some meticulous collaborating — and imbibing — with the crew.

“During the construction and development of our restaurant, the entire team gave their input on the martini,” he says, “and we perfected this version through many tastings.”

Bar Cecil’s mixologists have also mastered more modest classics, including renditions of an Old Fashioned and French 75, ranging from $14 to $26. That doesn’t mean there won’t be other ultra-luxe variations in the future, promises (or warns) VanDeventer. “At this point,” he says, “we have our hands full just filling martini glasses as the orders come in.”