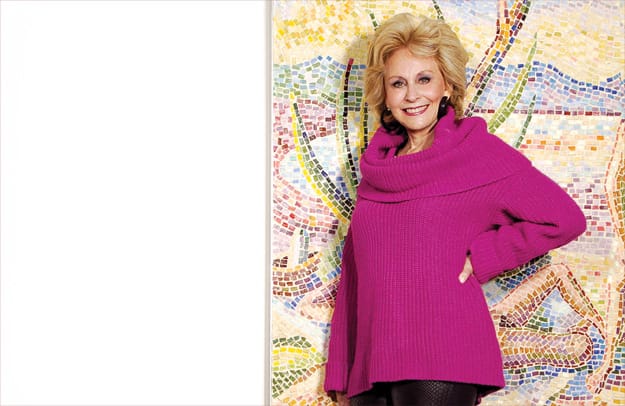 An ordinary day in the life of Barbara Keller (the Association of Fundraising Professionals Volunteer of the Year) goes like this: After a morning docent’s meeting at Palm Springs Art Museum, where she volunteers to tour children through the contemporary art collection, she heads to Desert AIDS Project to meet with Jim Casey, her co-chair for the Steve Chase Humanitarian Awards gala. Then she attends a Dinner at My Place meeting to plan a party at her Rancho Mirage home to raise money for HIV/AIDS.

She and husband Jerry moved here 15 years ago, following successful careers in New York. Barbara taught theater arts and was executive producer of two theater companies before becoming a tough-as-nails labor negotiator in the entertainment industry.

Rather than retire, the Kellers became proud owners of Acqua Pazza California Bistro (with its sexy sister LULU arriving in Palm Springs this spring.) Their prolific community involvement earned them a recent RAMMY Award for Distinguished Citizens in Rancho Mirage.

This was your third year producing the Steve Chase Humanitarian Awards gala with Jim Casey. Will you do it again?

When I was given an in-depth tour of Desert AIDS Project, I felt an invisible magnet grab me that won’t let go until there’s a cure.

You are a champion of the arts, but you paint as well.

I am really not an artist, but rather a dabbler who loves to make art. My dad, 98 now, has been painting since the ’50s. My sister’s a terrific artist. Even my mom has worked in marble. It’s just something we do. Doesn’t every family?

And you’ve also published a book?

Actually, three books. The last, 11 years ago, was called Orgasmic Days in the South of France. It was a travel book about Cote d’Azur, where Jerry and I had a home for years.

I’m not a writer, but a dilettante fortunate enough to have had a few books published.

What causes are most dear to you?

I’ve marched for everything! I remain a huge supporter of civil rights, women’s rights, and equal rights.

What are your life philosophies?

“If you think you are too small to be effective, you have never been in bed with a mosquito!” The other is quite simply the Golden Rule: “Do unto others as you would have them do unto you.”