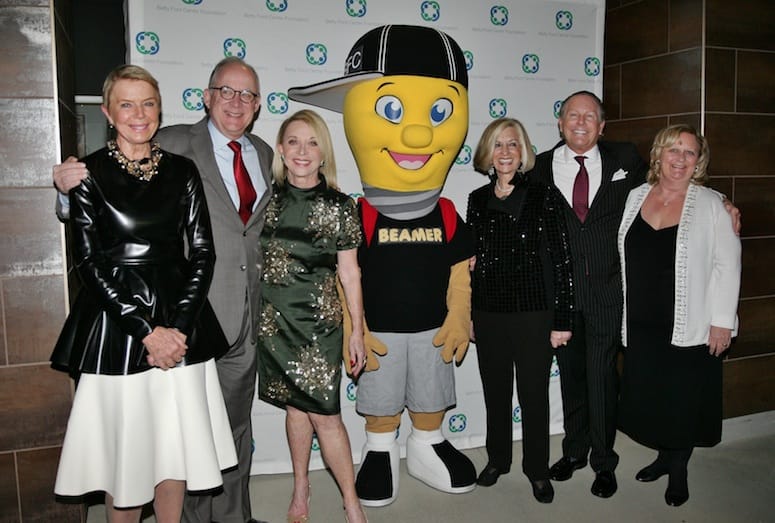 The evening honored Jamie Kabler, Donna MacMillan, Linda Ellerbee, Viacom on behalf of Nickelodeon and Lucky Duck Productions. Entertainment was provided by Rita Wilson, who performed with her band and two back-up singers.

The evening was produced by Debbie Green and chaired by Madeline Redstone. Guests walked to the high school gymnasium for dinner catered by Spencer’s following the Wilson performance.

Student cheerleaders lined the walk from theater to gymnasium and performed cheers about Beamer, the doll and cartoon character used to tell children about addicts and that their parents’ condition is not their fault. The Betty Ford Center’s Children’s Program is a free service for any child who has been hurt by alcoholism or drug addiction.

The recent merger of Hazelden, with facilities in Minnesota, Oregon, Illinois, New York, and Florida, and the Betty Ford Center, constitutes the largest nonprofit addiction provider in the country. Mark Mishek, CEO of the combined organization, was among those present for the Beamer Awards.