Belinda Carlisle, The Go-Go's Still Got the Beat 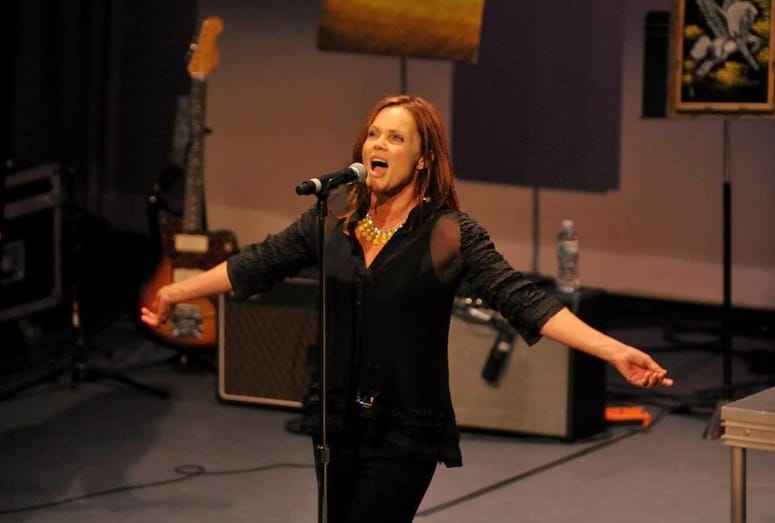 She splits her time between the United States and France, loves yoga, and oh, she just also happens to sing six weeks a year with her pop/rock band, The Go-Go’s.

As lead singer of the iconic 1980s pop/punk/dance phenom, Carlisle’s vocals along with her band-mates’ (Charlotte Caffey, Carlisle, Gina Schock, Jane Wiedlin and Kathy Valentine) sparkling spunk, became a worldwide sensation. They were one of the first female bands to write, play their own instruments, and produce their own music. Tunes such as Our Lips Our Sealed, We’ve Got the Beat, and Vacation dominated Billboard charts, garnered Grammy nominations, and their debut album, Beauty and the Beat, sold more than 3 million copies. It still ranks as one of the top debut albums ever.

The Go Go’s will headline for Replay America, The Ultimate 80’s Festival Summer Tour with the current band consisting of Caffey, Carlisle, Schock, and Wiedlin. Audiences can see them July 26 at The Show at Agua Caliente Casino Resort Spa in Rancho Mirage.

Notwithstanding worldwide fame and a musical talent that has led to a successful 30-year plus career, Carlisle is also a wife, mother, and a woman with many passions.

“Music doesn’t define me. I have a much more interesting life than I thought I’d have at my age,” Carlisle says.

Palm Springs Life spoke with Carlisle as she prepares to come to the desert. You are headlining for the “Replay America” tour. Is this the first time you’ve played with these bands before?
“It’s funny because we used to share rehearsal space with Martha and the Motels. We haven’t played with any of the other bands prior to this tour.”

Why did you choose this particular tour?
“We’ve never done this type of thing before. It’s a first for us. We thought it might be a good experience.”

You’ve played in Palm Springs before. Looking back over your career, how has the audience changed over the years?
“Our audience is a wide demographic. We have a very big gay following. We have original fans from back in the ‘80s and their kids are fans. And you see a lot of people you don’t expect to see that love the music.”

The Go Go’s are known for maintaining creative control over their music and inspiring other women artists. How do you think this may have changed the music business?
“Well, you would think by now there would be more people like us. There are lots of vocal groups and girl bands. But there almost always seems to be a Svengali pulling the strings behind the scenes. We are a total female operation, and we have always been true to who we are. We have always been involved in the music, our artwork, and the production.”

I understand you currently reside in Los Angeles and France. You grew up in the Los Angeles area. Why did you choose France?
“We’ve been here for 22 years. It was a fantasy that we always had. My husband (Morgan Mason) and I could work from anywhere. We decided to give it six months because it is a different living someplace versus going on holiday. It could have been Australia, but that was too far for us. It has been one of the best decision’s we’ve ever made. My son (Jason) grew up here. He has a worldview of things…a global perspective.”

What do you do in your spare time?