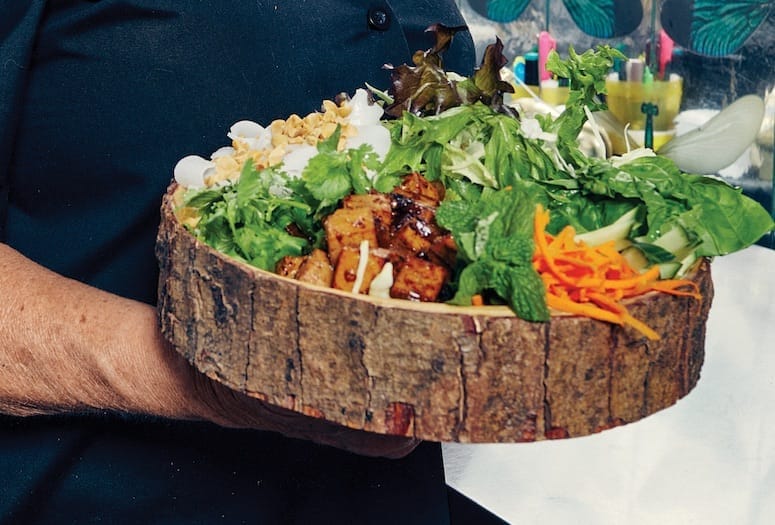 Chef Tanya’s Kitchen, an unassuming spot in a non-descript industrial area near the airport, wears a lot of hats. It’s a take-out deli, a grab-and-go market, and a manufacturing facility that attracts an equally varied customer base, from lifelong vegans to those beginning to dabble in plant-based eating as well as die-hard carnivores looking to swap meat for something that tastes as good in the name of health. They line up almost every day of the week to pick up a bevy of plant-based dishes created by chef Tanya Petrovna.

The Palm Springs resident opened her first vegetarian restaurant in town in 1990. At the time, she called it a “gourmet bistro,” concerned she might attract fewer customers if she used the word vegetarian. Later, she launched Native Foods, a vegan restaurant that expanded to locations around the country. (Though the original Native Foods is still operating in Palm Springs, Petrovna is no longer involved.)

After opening Chef Tanya’s as a manufacturing kitchen in 2017 to produce the deli-style seitan she sells commercially, Petrovna decided to start selling a few vegan sandwiches to test the market. They were a hit, and she quickly turned the front portion of her venue into a full-scale deli, becoming a cult favorite for Coachella Valley residents as well as vacationers and those who drive miles out of their way to load up on veggie-friendly fare while passing by on Interstate 10. She eventually moved on from serving only lunch, increasing hours to 8 p.m. so that locals can grab dinner on their way home from work.

In addition to her signature menu, she mixes things up with a daily special (the Moby Dick, a plant-based play on a Filet-O-Fish sandwich, is always a sell-out), along with a rotating soup and agua fresca of the day.

Like so many other restaurant owners, Petrovna implemented changes to her business last year during the industry-crippling pandemic. She expanded her marketplace and grab-and-go offerings — deli salads, single-serve reheatable meals (think: seitan ribs and lentil meatloaf), organic fresh juices, and desserts — and began selling a curated mix of plant-based foods and lifestyle items from outside vendors.

The Chef Tanya's Palm Springs location has been so successful that in late spring she expanded to a second venue in Palm Desert. While both locations offer outdoor seating, she plans to turn adjacent spaces for both into indoor dining areas this summer. It turns out the plant-based movement is here to stay and vegetarian isn’t a bad word. cheftanyaskitchen.com 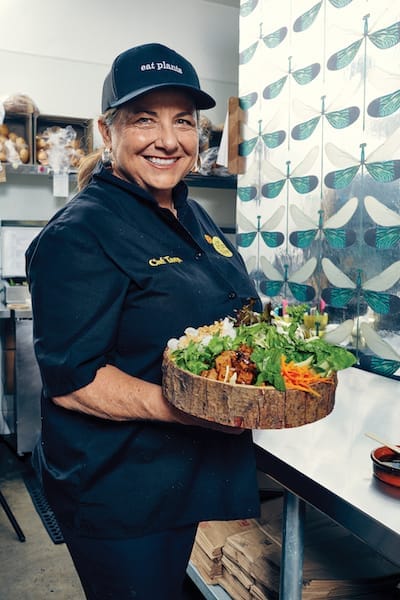 This inventive pizzeria quickly became a locals’ favorite when it opened in 2019 with plenty of interesting pies and upscale gastropub fare. Vegan cheese is offered as an option to top any pizza along with a rainbow of veggie toppings. The plant-based set can also partake in fun bar food like meatless buffalo nuggets, soy chorizo tacos, and an avocado burger, plus infinite build-your-own-salad options. barreldistrictpizza.com

Much of the fare at this 20-year-old counter-service institution owned by chef and functional nutrition counselor Lorraine Ornelas skews vegetarian. There’s a serious menu of customizable smoothies with an array of superfood add-ons as well as nutritional powerhouse plates like an Asian tofu salad, a bright veggie bowl, and a pinto-and-brown rice burrito on a multi-grain tortilla. lusciouslorraines.com 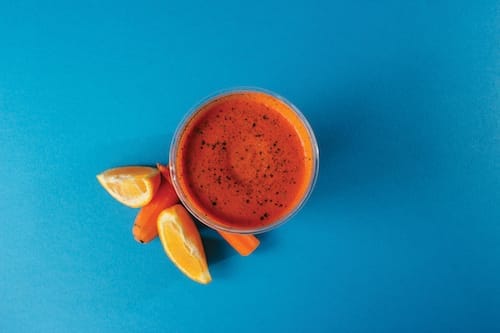