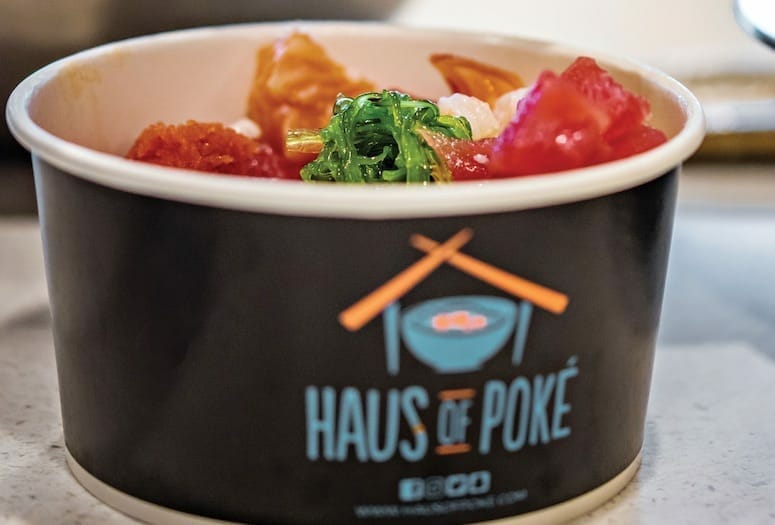 House of Poké in Palm Springs.
PHOTOGRAPHY BY NEIL HUSVAR

Haus of Poké was born on the side of a cliff in Hawaii, several years ago. The birth parents were Tim and Monica Bradley, longtime Coachella Valley residents.

“We liked to hike,” Monica says, “and when we’d get done, it was always, ‘What do we want to eat?’ You can only eat salads so much.”

They found a place serving Hawaiian poké, and Monica was smitten. It was fresh, healthy food that wouldn’t negate the fitness gains they’d just made on their hike. “I had a vision,” Monica says. “I wanted to open a place.” 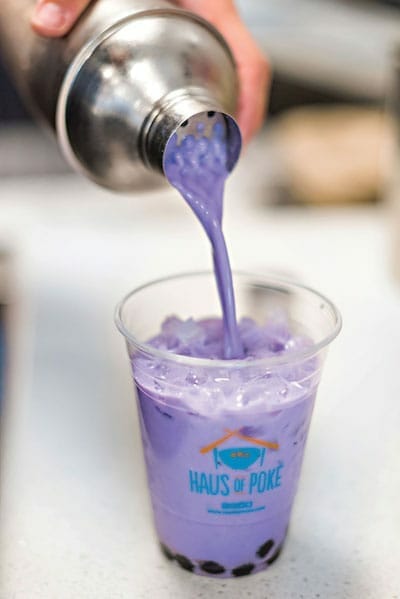 So she did, in 2017, in the shopping center at the northeast corner of Highway 111 and Bob Hope Drive in Rancho Mirage. It was an immediate success. “Pretty soon,” Monica says, “we had the same people coming two and three times a week. We have incredibly loyal customers.”

They’ve since opened a second location adjacent to the Kimpton Rowan hotel in downtown Palm Springs.

Monica uses only fresh fish and sees that as a main attraction. Actually, at first, the main attraction might be that, right there in the serving line, filling your plate, is six-time world boxing champion Tim Bradley — one of a rare group of boxers who has defeated superstar Manny Pacquiao. Yes, Monica put her husband to work. Still does, when the former boxer is not traveling worldwide as a commentator for ESPN. 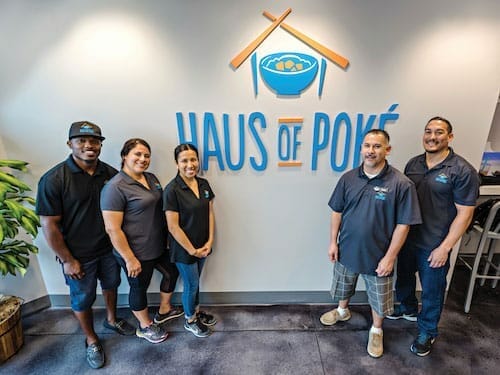 Tim Bradlley and his wife, Monica, own Haus of Poké locations in Palm Springs and Rancho Mirage.

Only nine years before Haus of Poke opened, Monica traveled to Nottingham, England, where Tim was fighting for the World Boxing Council’s super lightweight title. It was his first title fight. The night before the fight, she told him he had to win. “Our checking account is down to $11,” she said.

He won, followed soon by three multimillion-dollar fights with Pacquiao, and Haus of Poké was born.

Ahh, meatloaf. Next to a rocks glass filled with Kettle One, it was Arnold Palmer’s favorite. His eponymous restaurant in La Quinta has served it the same way since opening in 2004 — topped with tomato glaze and mushroom gravy and plated with melt-in-your-mouth mashed potatoes and green beans. But the entire steakhouse-esque menu cards an ace.

Beloved for its expansive palm-studded patio, complete with fire pit and putting green, Arnold Palmer’s Restaurant is a veritable shrine to golf’s aptly nicknamed King. If you’re into memorabilia, it’s a must. (There’s even a green Masters jacket on display.) And if you’re not, it’s 100 percent worth a reservation for the live music, the hospitality, the housemade coconut cream pie, and the likelihood that you’re going to bump into a pro golfer or other incognito celebrity while you’re there. — Emily Chavous Foster

• READ NEXT: Looking for More Best of the Best for 2022? Check Our Directory.