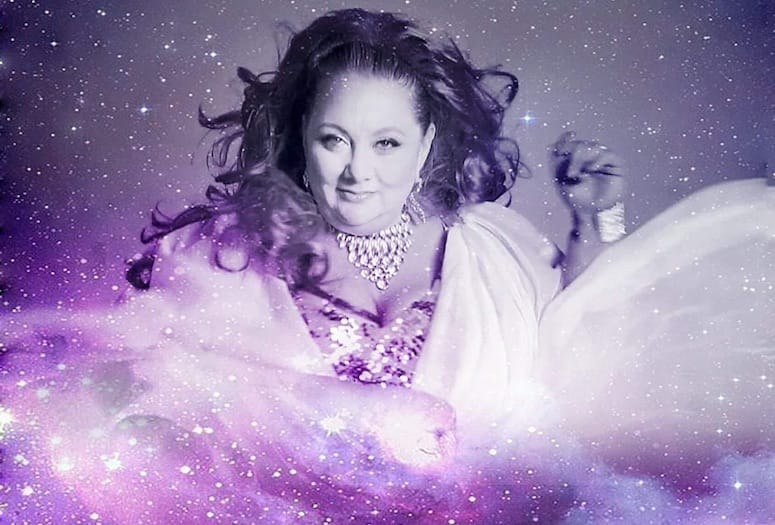 Don’t clutch your pearls, darling. Give them away. The fiery White Party hits its 30th anniversary this season and celebration is afoot.

Still, any way you spin it, The White Party has morphed into a behemoth of a desert entertainment fest featuring live music, world-famous DJs, fierce headliners, and enough scantily clad males converging from near and far for the opportunity to party — big time.

But don’t be fooled. This isn’t just a Testosterone Parade. The heart of the event, which takes place April 26-29 and is the brainchild of Alpha Networker Jeffrey Sanker, also celebrates LGBTQ rights, fellowship, and leadership.

Take note: A gaggle of events — from pool parties to mixers — take place at venues throughout Palm Springs, but the main hub will be the Palm Springs Convention Center. Beth Sacks is one of the featured players this time around. A musical powerhouse, Sacks is perhaps best known for her cover of Voulez Vous but her latest endeavor, yet another collaboration with hunky DJ Aron, Hey Hey Hey, has gained traction.

Sacks gives Palm Springs Life the lowdown on her music and the event that now attracts more than 30,000 people annually.

So, you’re a Valley virgin.

Welcome. What an influencer you are now with your music. But your influences were dynamic, too, like Martha Wash.

My No. 1 idol is Donna Summer. Hands down. Gloria Gaynor and of course, Aretha Franklin and Whitney Houston. I remember listening to the disco albums over and over again and just singing at the top of my lungs. I later went on to do theater productions and eventually toured with shows in Europe. But I’ve always had a love for the sound of dance music. I tried to find amazing producers and DJs to work with. Six-and-a-half years ago, I was at a gay party and my friends pushed me out in front of everybody to sing. My producer now, DJ Aron, heard me, and called me over and said he was looking for a singer. And that’s how it evolved. 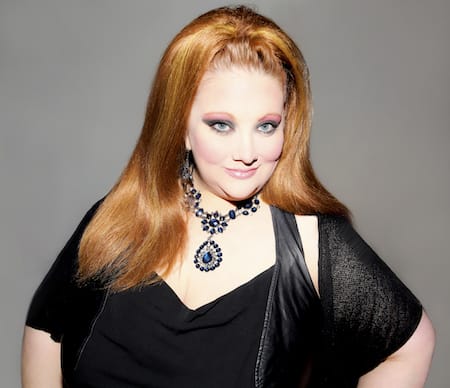 "We have to continue having these types of celebrations to acknowledge what we are still fighting for. Because people still threaten to take it away."

So how does a performer like yourself create that kind of festive space for everybody so you can all get into that party ‘groove?’

For me, music has always been like going to church. I’ve always wanted to be well known enough to work, especially in the Broadway scene, but that also spills into the dance music scene.

And now you are.

But at the end of the day, though, it’s not about being “famous” or having that kind of attention. It’s about being able to move someone. The only thing I want to walk away from in this life is to make someone feel better. That may sound cliché but really, I’m still the same person I was when I was doing musical theater back in high school. You know, I’ve received a lot of letters from people or fans who are like, “I’m thinking of checking out and your music has inspired me to keep going.” It’s moments like that where I feel I’m not really doing this for myself. I’m doing God’s work, to be honest. That’s what we should be doing here — lifting people up. Music, no matter who you are — we’ve all been in the “shame” room — can do that. I don’t mean to sound long-winded.

No, I get it. And it’s true. When you’re creative and have a talent, you get to a point where it’s like, ‘It’s not just about me. I have to be responsible so I can allow this work to move through me.’

Yes. You do reach a certain point where you’re like, “Wow, OK. This has an impact.” The work of music is far more important and you don’t really know the kind of impact you have on someone.

This is turning into a deeper conversation but were you surprised by some of the people who’ve reached out to you about ‘checking out?’

I’m not. I grew up with a generation in high school who did not come out. And if you came out, it was after high school. I’ve watched many of my friends go through depression. One friend went to a psychiatric ward. I had to witness this in the gay community. But things have progressed. But I’m not surprised that there are people going through dark periods. As artists, I feel we have to do more about mental illness and depression. We don’t talk about it enough. We talk about it when somebody has left and we post it on social media. Music has more power than we think and I’ve seen that when we did the remix, What’s Up.

And events like White Party certainly stand out and have an impact, too.

Events like this — Pride, too — send a message of hope to people who are still coming out of the closet or who don’t have a sense of pride to tell their parents. This is a celebration of life and to continue the fight to be accepted. And we’ll continue to fight until presidents aren’t talking about taking away gay rights or rights to marriage. We have to continue having these types of celebrations to acknowledge what we are still fighting for. Because people still threaten to take it away.

The White Party takes place April 26–29. Beth Sacks performs during the House of Gods event, beginning at 10 p.m. April 28 at the Palm Springs Convention Center, 277 N. Avenida Caballeros in Palm Springs. For more information and a list of all events and times, visit jeffreysanker.com. Keep track of Beth Sacks on Instagram @bethannesacks.