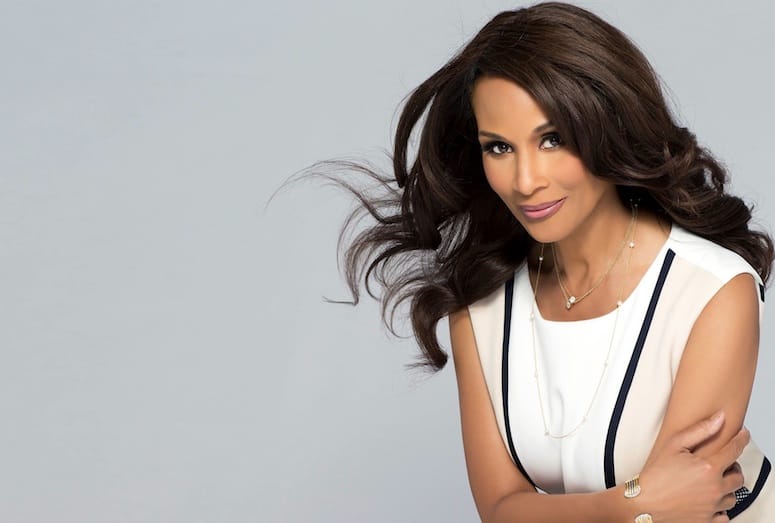 When a family member of legendary supermodel and actress Beverly Johnson was diagnosed with cancer, the struggle with the disease hit home.

Johnson says the fight to overcome the disease (her relative is now in remission) made her family stronger and brought them closer. “We cherish every moment with our family,” she says.

That prompted her decision to become honorary chairman for the 2014 “Miracle on El Paseo” event. Johnson, who has been a resident of the Coachella Valley for nearly eight years and loves the desert, will illuminate the 60-foot grand El Paseo Christmas Tree during the Bighorn “Behind a Miracle” (BAM) festivities, which run 5-8 p.m. Nov. 22. “I want to do everything I can in this community that I love so much,” she says. “It’s such an honor to be a part of this huge event. I know many of the members of BAM and they do so much good.”

Bighorn BAM has raised $4.5 million for cancer diagnostic equipment, treatment, transportation, education and support services, according to Selby Dunham, founder of Bighorn BAM, who attributes its success to its members, philanthropic donors, volunteers, and countless sponsors in the Coachella Valley.

As part of the Nov. 22 festivities, The Shops on El Paseo host a winter-inspired carnival with a shopping extravaganza, live entertainment, holiday tastes provided by local restaurants, professional ice skaters and an appearance by Santa Claus.

When guests shop at participating retailers, they can present their “Miracle Card” during the event and throughout the following week for a percentage of sales to be donated to Bighorn BAM.

Johnson became a recognizable face in 1974 when she became the first African American woman to grace the cover of Vogue. The New York Times named Johnson one of the 20th Century’s most influential people in fashion.

“This is a wonderful business,” Johnson says. “It made me who I am. The Vogue cover was a defining moment for me. Besides the birth of my daughter and grandchildren, it has been a highlight of my life.” In 1974, Beverly Johnson became the first African American woman to grace the cover of Vogue.

Johnson is having the time of her life focusing on her family, her philanthropies and what she describes as her five silos of business.

• Media projects developed for TV and film with subjects that include modeling, mother/daughter relationships, and a look at her own life with a docu-series aptly called, “Beverly Inc.”

“I have an interesting life now,” Johnson says. “I feel so blessed. I have three grandchildren all under age 3; my love life is full, amazing, and wonderful. I’m involved in my own business, and its so life affirming. I’m learning new things and I’m challenged.”