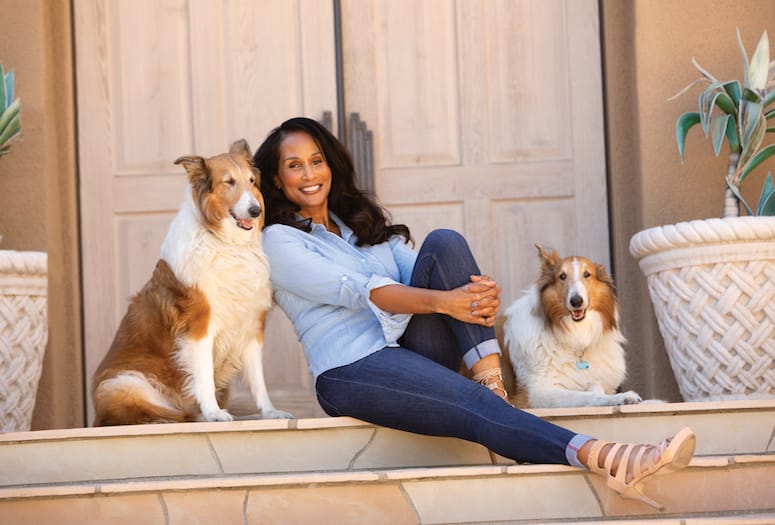 Fresh from her R/M magazine photo shoot, the ageless and enduring icon Beverly Johnson offers me a cozy seat in the art-filled living room of the stately Thunderbird Heights home she shares with her love of eight years, transplanted Wall Streeter Brian Maillian, chairman and CEO of his own investment banking firm, Whitestone Capital Group Inc.

The first question I have for her is if — after almost five decades in the fashion and beauty business — she still enjoys having her image captured. “What’s very interesting,” she says, “is that I moan and complain the day before and while I’m getting ready. But then, when I get into it, I realize how much I love it. And after I finish, if they’re really good photographs, I literally get high from it.”

When I inquire about her favorite photographer, the mother of one and grandmother of four answers “Francesco Scavullo — and I’ve worked with some of the greats. But that doesn’t mean they see your beauty. A lot of them had never photographed a black model before, so they didn’t even know what to look for. But Francesco saw me. We saw each other’s soul.”

And then some. It was a Scavullo image that was selected to emblazon the August 1974 issue of American Vogue, making Johnson the first woman of color to grace that publication’s cover. Instantly catapulted to the highest echelons of the industry, Johnson went on to land some 500 more covers. Making a fortune in endorsements and licensing deals, she also appeared in films and on TV shows and even recorded a 1979 end-of-the-era disco album.

An attempted semi-retirement in the desert — the better to indulge in her passion for golf — was thwarted by Johnson’s unexpected but very welcome romance with Maillian in 2011. When he relocated from New York City to be with her, she sold her places in La Quinta and Bel Air so the pair could settle solely into their newly purchased, more central Rancho Mirage residence. The two quickly started mapping out new opportunities for this self-described Type A personality. “I’ve always wanted to go into business for myself, and Brian’s been a very good teacher. It’s very sexy when I hear him talk about hair and makeup.”

Johnson’s referring to the cosmetic, wig, and hair extension lines adorned with her name. Since joining forces with Maillian, she’s also starred in and executive produced the 2012 hit reality show Beverly’s Full House (shot in Rancho Mirage for her friend Oprah Winfrey’s OWN Network) and written the 2015 New York Times best-seller The Face That Changed It All, which chronicles her childhood and ensuing bittersweet heyday in the ’70s and ’80s. Success came with heavy helpings of racism, financial exploitation, failed marriages and relationships, a bitter child custody battle, and substance abuse. (Johnson has been clean and sober for more than 35 years.) 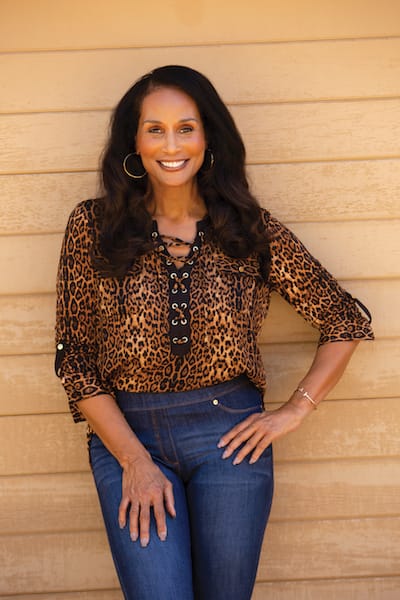 Now, at 66 — an age at which most working women would welcome a well-deserved break — Johnson is just beginning the most recent of a long series of reincarnations. Face has been optioned by Warner Bros. in view of becoming a scripted limited series. And another book — this one about Johnson’s life in the ’90s and aughts — is on the way, as is a second docuseries, which will focus on successive generations of models: icons and their up-and-coming kids. Johnson’s beloved 40-year-old daughter, Anansa Sims, is a sought-after plus-size model.

Then there are the footwear and apparel partnerships with Thesis Couture (makers of “the world’s first high-performance high heels,” designed in California and handcrafted in Italy) and Peter Nygård (one of Canada’s foremost womenswear designers).

Finally, Johnson serves as the international spokesperson for the Global Down Syndrome Foundation (her niece Natalie Fuller was born with the condition) and is a board member, alongside Maillian, of the Barbara Sinatra Center for Abused Children in Rancho Mirage, which specializes in caring for those affected by child abuse and neglect. It’s where Johnson — who was molested once at the age of 12 by a family friend — runs a self-esteem class. “I talk to kids from 9 to 14, girls and boys, and I tell them a bit of my story so they can see that I’ve been knocked down a couple of times, too. They tell me, ‘I wish my mother would believe me,’ or, ‘I want to be a police officer.’ It’s so heartbreaking what these little kids go through, and how brave they are to come forward and ask to be helped.”

“I’m in my sizzling 60s! I don’t believe in this whole age thing  and that the clock is ticking. You don’t just have to dream about what  you want to do, about how you want to look. You can do what you want  and look how you want — at any age.” 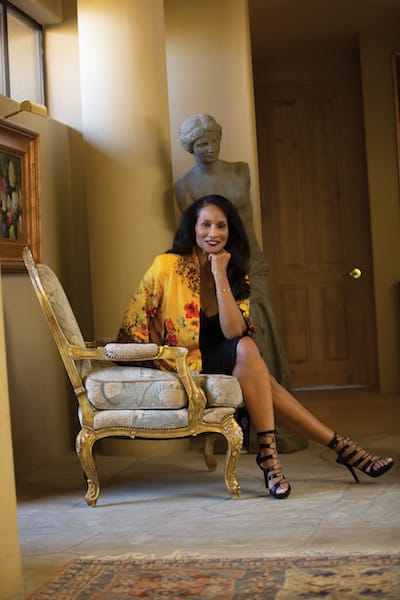 It was her work with these children that compelled Johnson to publicly reveal how she narrowly escaped a sexual assault by convicted sex offender Bill Cosby in the mid-’80s after being drugged by him during a business meeting at his home. She detailed the harrowing experience both in Face and in a 2014 Vanity Fair article. She’s since forgiven him. “Here I was teaching these little kids, who’ve gone through so much and who are speaking up, and I as an adult couldn’t speak my truth? I had to. I had to speak up.”

Clearly, Johnson hasn’t been a model only in the fashion sense. She’s a model for people — all people — who leads by example. “I’m in my sizzling 60s!” she exclaims. “I don’t believe in this whole age thing and that the clock is ticking. You don’t just have to dream about what you want to do, about how you want to look. You can do what you want and look how you want — at any age. You don’t have to stop learning and achieving, and you don’t have to stop wearing jeans and stilettos! As long as you have your health and your strength and the confidence and the power that you get from that, you can keep on going.”