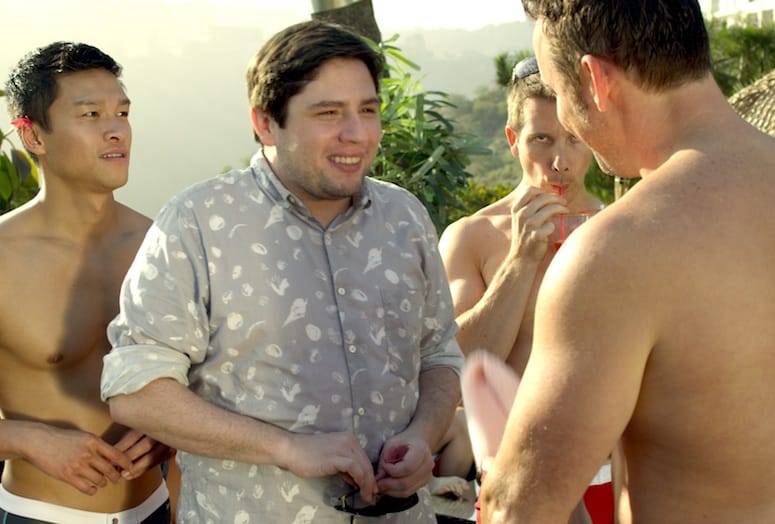 “This script was different from other gay movies that have a tendency to be so depressing,” Le says from his LA home. “Someone always has to die.”

Le began writing his first feature film, Big Gay Love, in 2009, during turbulent times when gay bullying made the news and everyone was in the midst of passing Prop 8 (legalizing gay marriage).

“I wanted to tell young gay people, ‘You can find your own space, even if you’re not accepted in the mainstream, you can find self acceptance,’” says Le, whose nickname, “Ringo” came from a spaghetti western.

Big Gay Love, a romantic comedy about a chubby gay man looking for love and self-acceptance, opens May 23 at the Camelot Theatre in Palm Springs. It’s part of a multi-city summer rollout that includes San Diego, Los Angeles and San Francisco. After the May 23-24 screenings, Le and the actors will be onstage for a question and answer session.

Le showed his script to a producer friend who said he had “something.” He started working with a casting director and everything started falling into place.

“I saw Jonathan (Lisecki) at ‘Outfest.’ He was working on a film about a straight woman having a gay man’s baby,” Le explains. “He was receptive to the script, but he lives in New York City, and we weren’t sure if he could come to LA.” Other big-name actors signed on, such as Ken Takemoto, who plays the elderly sandwich truck guy, and Ann Walker, who is recognizable from several Del Shores movies like Sordid Lives.

“Ken is a theater actor who’s played in a lot of big action movies, including ‘Transformers’ and ‘The Matrix,’” Le explains. “I don’t think he’s done any comedy before.”

Since Le grew up in Los Angeles, he wanted to create homage to it in Big Gay Love.

“I wanted to show the beauty of old LA,” Le says. “So we shot it in black-and-white like an old Charlie Chaplin movie. So if you turned off the dialog, you’d still understand the characters and their motivations.”

Little Tokyo, the Los Angeles Theater and the Douglas Building were among the LA landmarks in Le’s film.

“I knew that I could trust the actors with my words in the script,” Le explains. “We would shoot several takes according to the script, and one take would be improv, where their characters could ‘freefall’ without being held back.”

Le says his actors ended up giving him 110 percent, and many of the improv takes made it into “Big Gay Love.”

Although none of the scenes in the movie were shot in Palm Springs, Le says there was an allusion.

“They were going to have a ‘wild weekend’ in Palm Springs,” Le says.

Ever since “Big Gay Love” debuted at Cinema Diverse in Palm Springs last fall, Le has had an affinity to the town.

“We had a packed house, with standing room only,” Le recalls. “It was so great! I never experienced so much love from an audience before! So that’s why the sequel, ‘Big Gay Wedding,’ has to be shot in Palm Springs!”