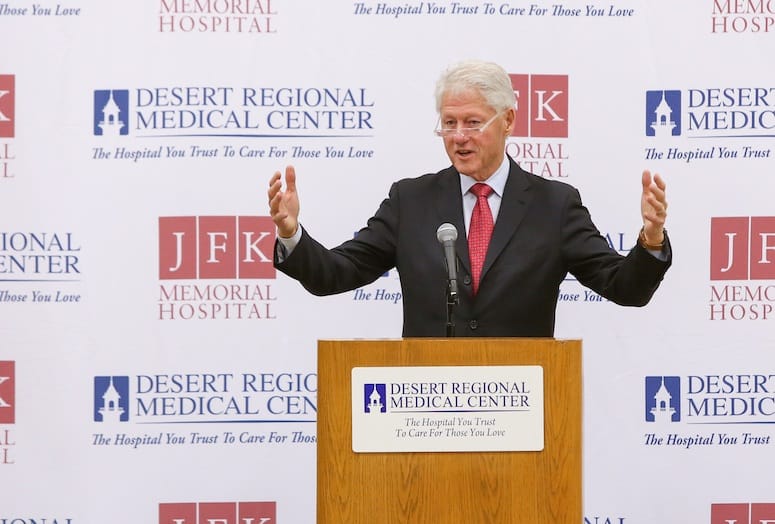 VIDEO: President Bill Clinton speaks on the importance of health and wellness programs in the Coachella Valley

It was about becoming involved in the Coachella Valley as part of the Clinton Health Matters Initiative Blueprint for Action.

Prior to Clinton's speech at a special breakfast Jan. 24 at the James O. Jessie Desert Highland Unity Center in Palm Springs, special initiatives to improve health and wellness in the community were highlighted, including:

• An update on Get Tested Coachella Valley, an ambitious public health campaign designed to dramatically reduce HIV and improve access to care for those who test positive. Desert Regional Medical Center’s three-year, $1.5 million sponsorship of Get Tested is part of its commitment to the Clinton Health Matters Initiative Blueprint for Action in the Coachella Valley.

The breakfast was part of the Clinton Health Matters Activation Summit, which wrapped up Jan. 26 in Indian Wells.