Bill Leigh Brewer looked for “something special” about the service station in Desert Center.

Bill Leigh Brewer’s peripheral vision seems honed to perfection. While driving 60 miles an hour, he spots the remains of a fireplace a quarter mile from the shoulder of Route 66 in Wonder Valley.

“If I can figure out how to get there,” he says without ending his sentence. He takes the next crossroad and locates a dirt track leading in the general direction of the relic. While navigating the ground under his wheels, he explains his creative oeuvre.

“‘New Topographics’ comes from a mid-’70s photography show at the [George] Eastman House,” Brewer says. “It was a rejection of the Ansel Adams/Edward Weston style of epic subject matter. People in those days would say, ‘These are shots of nothing.’ At first, I said the same thing. It took me a while to warm up to it.” 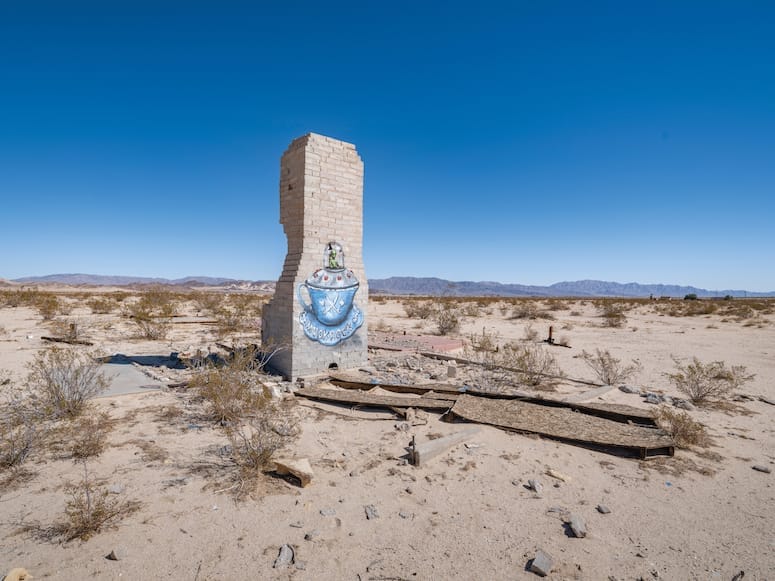 Bill Leigh Brewer often photographs graffiti — which he considers the “least original” art form — because “it’s there. … At least someone tried.”

He not only warmed to it, he found allure in the detritus of forsaken structures.

“Forty years ago, I was shooting pure nature in Joshua Tree National Park. What I have found myself reacting to since then is the mark that people have left — the man-altered environment.

“Everybody shoots abandoned shacks,” he continues while setting up his tripod. “So, when I see one, I have to believe I can do something extremely special with it. It’s like going to Yosemite. Do you not shoot Yosemite because others have? If you don’t, you are giving up a lot.”

Graffiti marks the back side of the fireplace: a green alien at the controls of a flying saucer that has landed in a coffee cup on a saucer. Brewer, a former history teacher, considers graffiti “the art form that disregards history and is the least original.” But it comes with the territory when your subject matter is a derelict structure on a vast swath of raw land. “It’s there,” he reasons.

Similarly, Brewer takes a pragmatic approach to the day’s road trip when the sky lacks the “activity” that adds drama to a scene. “You take what you get,” he says. From his Morongo Valley home (which he shares with his wife, artist Wini Brewer), he packs cameras and tripods into his SUV for many forays into the Mojave Desert. 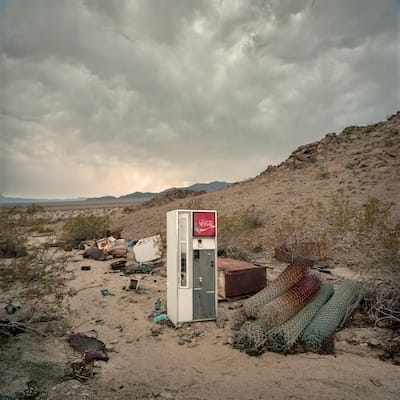 He has shot the graffitied rock outcrop of Sheep Hole Pass day and night, but nevertheless pulls off the road and levels his Fujifilm GFX 100 for 25 or so shots that he will “stitch” together for a panorama. Horizontally linear images are one of Brewer’s specialties. One panorama may involve as many as 40 shots, though he typically crops the far ends of his pans.

Farther down Route 66, Brewer maneuvers toward a trio of deserted, decaying houses. “This is kind of cute,” he remarks about a nearby corrugated-metal shed. “It makes me want to come back in dusk conditions.”

But at noon, under a blank sky, he turns his attention to a pair of tamarisk trees whose trunks lean in opposing directions. One of the houses serves as background. A white, 5-gallon bucket lies on the foreground, and he leaves it in place. He may remove telephone wires and buckets in the post-shoot process if he finds them too distracting. But he admits that he has moved discarded tires into foregrounds. 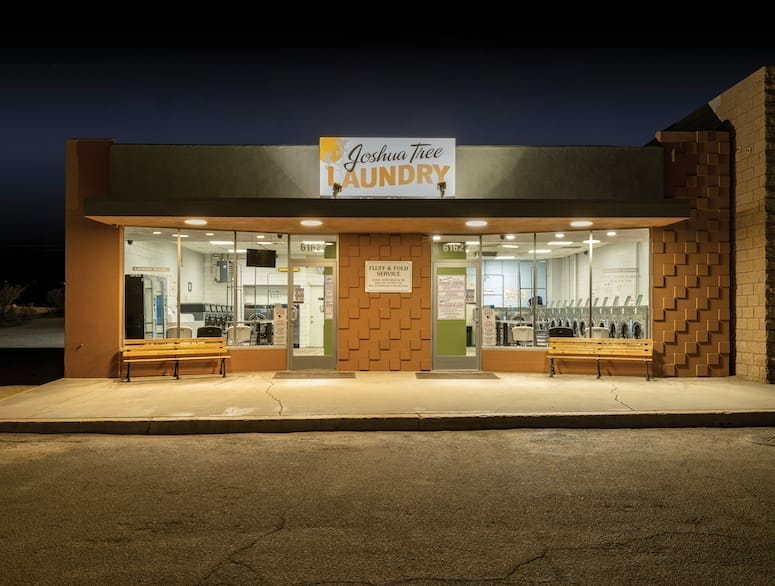 Brewer’s commercial photography for automobile companies stands in stark contrast to his fine-art photography, not only in its emphasis on refinement (enticing consumers to buy new cars), but also because it is a collaborative affair with a crew and stage. Later in the month, he will travel to Texas to shoot accessories, such as roof racks and floor mats. Today, he goes as far as the remains of a tungsten mining operation in Danby. He has shot this destination before but approaches it from a fresh perspective.

All along the way, Brewer has pointed out trains on the horizon. While the vast majority of his subjects are still, he harbors a passion for photographing locomotives because “they’re variable” — kind of like Brewer himself.