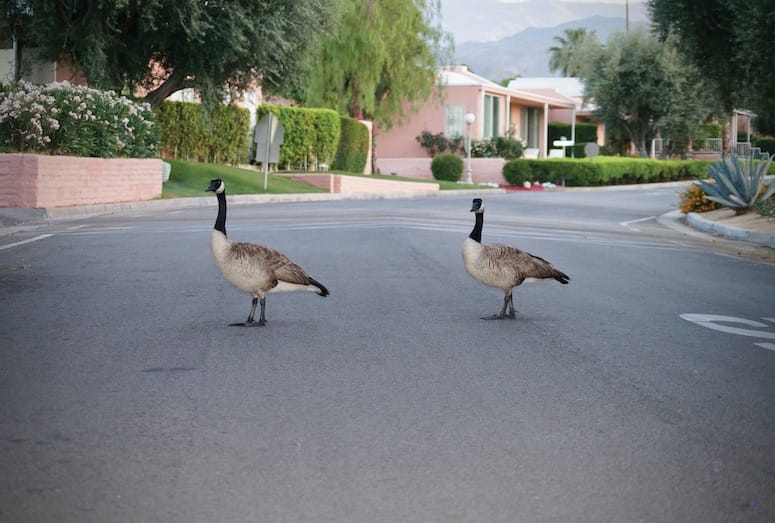 I always thought birdwatchers were insufferable. They could distinguish between a California towhee and a canyon towhee. Words like Phainopepla and Psittaciformes rolled off their tongues.

Years ago, my husband and I would walk around a lake that was a waterfowl hotspot. We’d be deep in conversation when a man with a variety of binoculars around his neck would rush over and say excitedly, “There’s a red-necked grebe!” We’d nod, say “That’s nice,” and keep walking.

In March, I became a birder. As the coronavirus moved over the world like an eclipse, shuttering restaurants and shops, halting activities, quieting roads and skies, I began to pay attention to the activity right outside my windows. I wasn’t the only one: Hundreds of thousands of people picked up binoculars, downloaded bird identification apps, and tapped into the benefits of biophilia, the sense of peacefulness that comes from connecting with nature.

Birdwatchers talk about their “gateway bird” or “spark bird,” the first love, you might say. For me, it was a Bewick’s wren. A pair of these small, sassy birds built a nest in a potted cactus on my back patio, the plant’s spines a miniature medieval fortress. When the eggs hatched, a harsh buzzing call meant the parents were bringing insects to the babies, who’d respond with a surprisingly loud rusty-wheel squeak, four voices clamoring for a cricket. If I tried to watch, an avian Chihuahua would order me to leave, its intent clear despite the squirming worm in its beak.

I always thought birdwatchers were insufferable. They could distinguish between a California towhee and a canyon towhee. Words like Phainopepla and Psittaciformes rolled off their tongues. 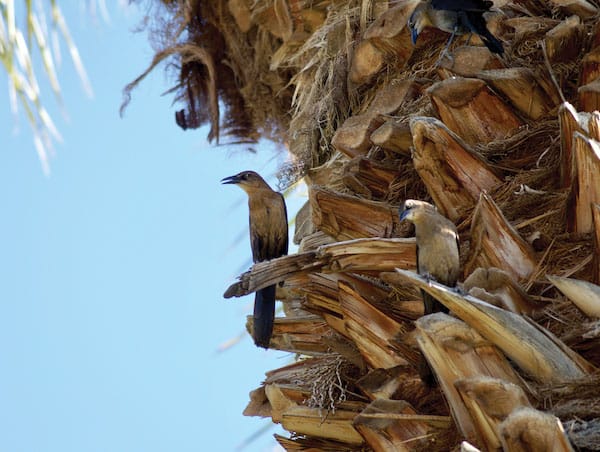 After wrens came ducklings, toddling balls on knobby knees, the April sun creating aureoles of golden fluff. Anna’s hummingbirds, sparkling and mean, jetted from sage to creosote in my courtyard. At Palm Desert’s Civic Center Park, I discovered the bird with the most goth name ever: Nycticorax nycticorax. I turned to a stranger and said, excitedly, “Look! It’s a black-crowned night heron!”

Decked out in new gear, I was in an alternate world where familiar landmarks became fresh, as if they’d shifted 10 degrees. Navigation took place by hedges and shrubs instead of streets and buildings. When nonessential travel shut down, I could mentally share a high branch with a red-shouldered hawk or huddle under a mesquite canopy with a band of verdins, their cheery yellow faces and round gray bodies earning internet meme status as “borbs,” which the Audubon Society says is “likely a portmanteau of bird and orb.”

Hiking through a riparian canyon near San Diego, the air filled with the dry smell of buckwheat and a bullfrog’s sonorous croak, a cascade of bird vocalization suddenly exploded from a nearby bush. Establishing territory or calling for a mate? I couldn’t tell. It didn’t matter. They were exultantly social, the multitude of voices easing my ache for contact.

I learned to be quiet, to hold still, and wait for movement. Each sighting was a reward in a vast scavenger hunt. At night, I’d upload photos and recordings to iNaturalist.org, where experienced birders identified what I’d found. 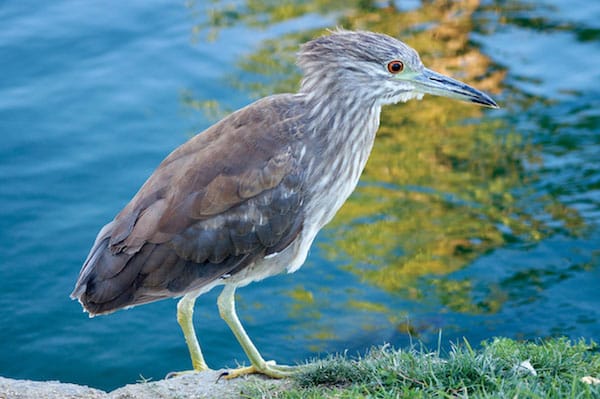 Another alternate world opened up: the bird fandom, with its inside jokes, extraordinary depth of knowledge, and eagerness to welcome a fledgling.

My husband and I were downsizing at that time, transitioning to year-round status in the Coachella Valley. Leaving the house where we’d lived for almost 30 years meant getting rid of never-ending boxes of stuff. I could still collect birds, though, and my checklist grew: hooded orioles and white-winged doves, western kingbirds and black-throated sparrows. Male ladder-backed woodpeckers sporting edgy red faux-hawks and vintage Jean Paul Gaultier striped jackets. The ubiquitous great-tailed grackle, a fixture of desert truck stops, pointing their beaks to the sky as if mimicking the stance of birdwatchers. None were especially rare or notable. Many qualified as “trash birds,” the pejorative name for invasive or exceptionally common species. Again, it didn’t matter. A western bluebird’s opalescent shimmer is thrilling to see for the first time.

Thirty years ago, the Hungarian-American psychologist Mihaly Csikszentmihalyi introduced the concept of “flow,” when engaging in an activity becomes effortless. I’d spend hours in my neighborhood, sometimes barely moving more than a block, staring, trying to decipher where a birdcall was coming from. My neighbors probably thought I was eccentric, but even when I crouched with my telephoto lens pointed toward their house, I knew they wouldn’t call the cops.

I realized that on May 25, when a white woman, Amy Cooper, called 911 claiming her life was being threatened by a Black man, Christian Cooper, who was birding in New York’s Central Park. Until that point, I hadn’t thought about the freedom I enjoyed as a white woman, able to pursue my newfound hobby without someone commenting on my race or questioning my right to be in a public park.

Following the incident in New York, a group of Black scientists, students, and outdoor enthusiasts formed Black Birders Week, which took place online from May 31 to June 5. 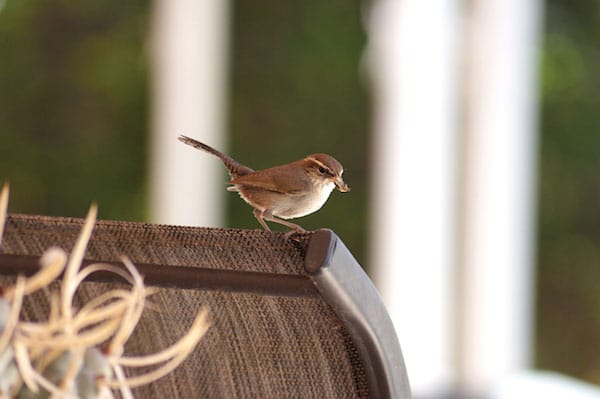 The goals were to raise the visibility of Black people being in nature for work and play, provide education on the challenges Black birders face, and encourage increased diversity in birding and conservation. Across multiple media platforms, birders shared stories about positive and negative encounters in the field and research lab, countering the myth that birding is neutral territory for everyone.

Birds themselves make the case for diversity. A 2016 report from the American Museum of Natural History suggested there are 18,000 species of birds worldwide, roughly twice as many as previously thought. In The Bird Way, author Jennifer Ackerman presents new research, much of it conducted by female ornithologists, on birds cooperating across species. 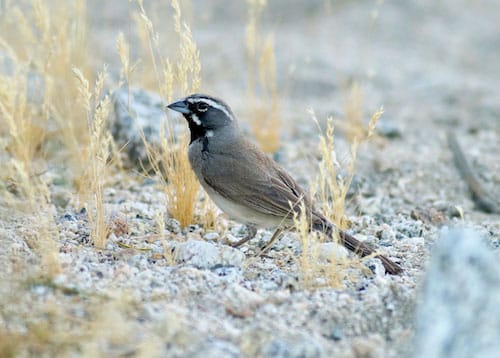 Ackerman interviewed Jessica McLachlan, who wrote her Ph.D. thesis on Australia’s New Holland honeyeaters. When one honeyeater spots an incoming predator, it issues an alarm that contains as many as 96 distinct elements, causing birds of other species to take cover. From fairy-wrens to song sparrows, birds collaborate with those outside their tribe.

As the summer went on, birds came to me. A paddling of mallard ducklings, now grown into juveniles, marched over almost every afternoon to forage under a ficus tree. My husband named the most frequent visitor Daphne, after the water nymph of Greek mythology. She was shy yet wouldn’t turn down a small chunk of watermelon or a few grapes. If I set out a bowl of ice water, she’d sit next to it for hours, occasionally taking a sip and wiggling her tail in delight. 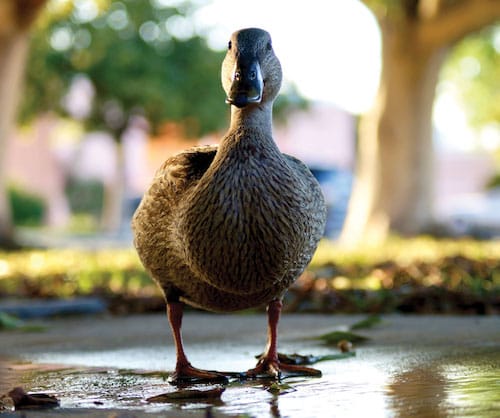 Daphne, a Mallard duck, is a frequent visitor.

With hard racial truths and global uncertainty, this year has cast a spotlight on the dangers of complacency. Inaction is uncomfortable. In the desert, October means energy, gearing up, the return of the snowbird, the start of “the season.” As I write this, our milestones are still in limbo, our landmarks tilted.

We can, and should, make progress wherever possible. Like birds themselves, we can look to the horizon and find ways to adapt. Sometimes, however, the only choice is to sit and wait until a new world opens up.