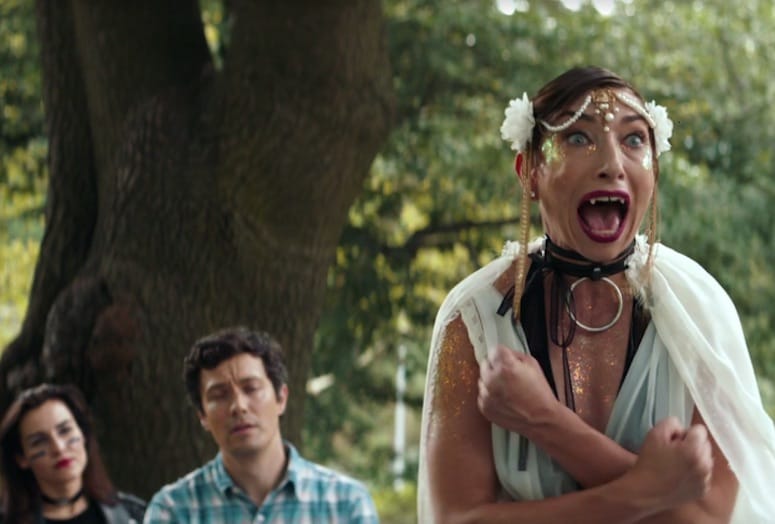 Naomi Grossman stars as Chrissy in the Bite Me.
PHOTOGRAPHS BY EUN-AH LEE

Now, here’s a summer movie to sink your teeth into: A gruff, self-described vampire with blue hair and a facial tattoo falls for an IRS agent who audits her people.

But in the case of the romantic comedy Bite Me, an inventive romp about love and the real-life vampire fringe subculture whose members believe they need to drink human blood to stay alive, it’s also an opportunity to recall some of the romantic comedies from the 1980s and ’90s — the one that still had healthy, creative blood flowing through their cinematic hearts.

At least that’s what Naomi McDougall Jones (Imagine I’m Beautiful) had in mind when she wrote and produced the outing. The award-winning writer-actress-producer and women-in-film activist also headlines Bite Me (as Sarah), which hits the desert for a special screening at Palm Springs Cultural Center June 14.

But the endeavor is more than just a film screening.

The filmmaker and her creative team have gone “rogue” releasing the film, giving birth to The Joyful Vampire Tour of America, which finds the innovative team traveling cross-country in an RV for 51 screenings in 40 cities in three months’ time.

Note: Wear whatever makes you most joyful.

McDougall Jones says the tour, the screening, and the ball was her way of releasing an indie film that was more independent, empowered, and joyful — considering the current state of independent film distribution. She wanted to bring the film directly to the audience most excited to see it. 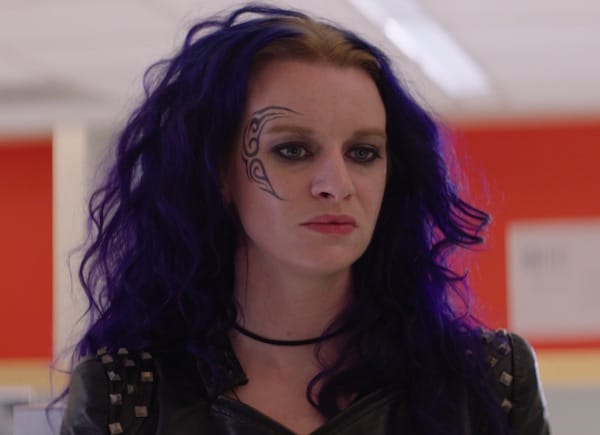 Palm Springs Life spoke to the filmmaker to learn more.

What was the impetus behind creating the film?

I loved the romantic comedies from the ’80s and ’90s. They were fun and smart and well made. As a viewer, it made me so sad that that genre had taken a terrible nosedive into Katherine Heigl fluffland.

You wanted to write a comedy, right?

As I was watching some of the old comedies, I realized that they functioned with optimism of the world that played in the ’80s and ’90s, and that that is absent right now in romantic comedies. I tried to figure out how to update that because falling in love is giddy and optimistic. How do you get that feeling in the world we are living in right now? As I was mulling this idea over, I was filming on the set of HBO’s Boardwalk Empire and got to chatting with one of the background actors who revealed to me over the course of a 16-hour shoot that she was a vampire.

And how did that play out?

She explained to me that there is this global subculture of people who identify as vampires. I went home and fell down the internet rabbit hole of researching them and became completely fascinated with it and couldn’t believe nobody had made a movie about it. That idea clicked with the rom-com question I had. Really, what I discovered is that if I made the lead character, who I play and who is a vampire, every bit as cynical and angry and jaded as the world we live in right now, with her as an entry point, you could take the audience on a journey into rediscovering hope, love, and joy.

Tell us more about the Vampire Tour and why you felt that was important.

My first feature film, Imagine I’m Beautiful, was made for $80,000. We had no names attached. It was a very scrappy affair. We actually got theatrical distribution, which was a miracle, and when it happened, we had the experience that a lot of filmmakers have. They get that brass ring of a distribution deal but then realize that the way distributors are releasing indie films is terrible. Because of streaming and declining theatrical sales, they are going for the buckshot approach and now require a ton of content that they basically dump into the abyss of iTunes and Amazon with almost no marketing strategy or money behind it. Although it was great to get a distribution deal, they take 30–40 percent of the revenue for doing not really that much work. 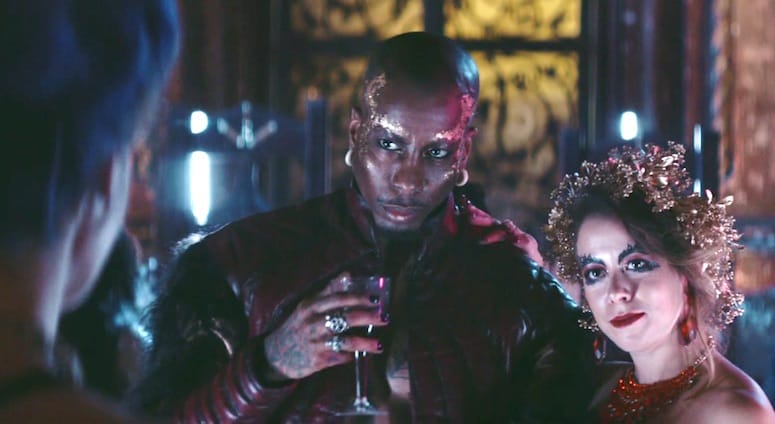 Antino Crowley-Kamenwati as Stacz and Mia Romero as Regan in Bite Me.

Did you experience that again with Bite Me?

We started going down that same road again, and we just looked at each other and said, “This doesn’t make any sense. We know where our audience is and where to reach them. And we understand them and how to speak to them.” And then I had a dream — literally — about a vampire tour and then I started reaching out to places inquiring about having a screening, a Q&A, and an actual event to give people a real reason to come out of their homes and into the community.

And the Joyful Vampire Ball was born.

Yes. You’re leaving your house, but for the cost of a movie ticket, you have the experience of watching a film with others, you get to talk to the filmmaker after the film, and you get to come to a costume party. To our surprise, most theaters said they absolutely would do that. At this point, we’ve booked 51 screenings in 40 cities and three months.

What can we expect at the actual ball?

It’s difficult to describe and must be experienced. What I can say about them is that it is part event, part party, and part experience. The invitation is that people come wearing what makes them feel most joyful. We create a space where people get to interact with each other more meaningfully than at a “normal” party.

Seems to me that making connection is really important to you.

Yes. I think we are all starving for that. Don’t you? There are so many ways in which technology has helped our lives but there are so many ways that it’s pushed us further from one another and made us lonelier, and setting up situations where we talk less. A central role in art and storytelling, I think, is how people find their way back to each other. That’s the message of the film but to get to design a tour that enhances that message is so exciting.

The Bite Me Joyful Vampire Tour of America unravels at 7 p.m. June 14 at the Palm Springs Cultural Center, 2300 Baristo Road in Palm Springs. To learn more about the film and the ball, visit bitemethefilm.com. For screening and Vampire Ball tickets, visit palmspringsculturalcenter.org. 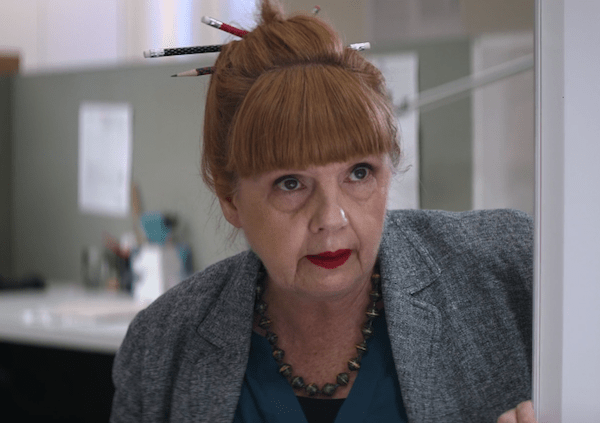