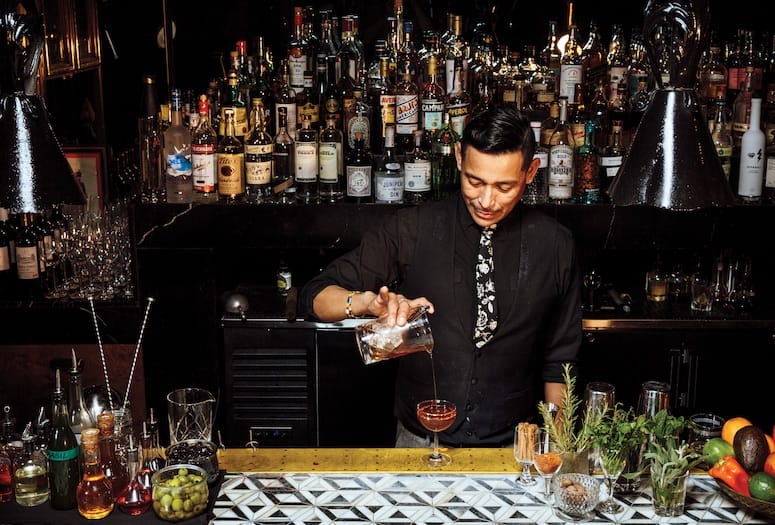 Bitters. You’ve probably seen a little bottle of the ubiquitous concoction behind every bar you’ve sidled up to, sitting quietly in the shadows of those glamorous, gleaming spirits that get all the credit for making a cocktail what it is, the ones patrons ask for by name. Perhaps you even have a bottle of the stuff at home as part of your personal arsenal that you shake sparingly into the occasional Old-Fashioned. While we might know where bitters are, most of us have no idea what bitters are. Well, it’s time to find out, because they might be the unsung heroes of the cocktail world.

First things first: By definition, bitters are typically derived from a high-proof neutral alcohol that has been infused with aromatics ranging from herbs to roots to fruits and made via a slow maceration process. And while the final product is usually indeed bitter, tossing a few drops into a cocktail won’t necessarily make the drink taste bitter but rather add nuanced notes while subtly upping the flavor. Similar to pantry items you wouldn’t normally consume on their own — like Worcestershire sauce or ground nutmeg — a little goes a long way and can make a profound difference in the final product.

“To be sure, no variety of bitters is as iconic as market-leader Angostura — the one with the recognizable bottle done up with a canary-yellow cap and ill-fitting white paper label. Like so many components of the wide world of liquor, bitters were originally developed for medicinal purposes. Interest in them first exploded after German-born doctor JGB Siegert, who had moved to Venezuela in the 1820s to become surgeon general of Simon Bolivar’s army, created an elixir laced with locally sourced botanicals to treat soldiers’ stomach ailments, naming it after the Venezuelan city of Angostura (now Ciudad Bolivar). Over the next several decades, he began exporting the concoction to England, the United States, and the Caribbean, and the product soon became a standard ingredient in cocktail recipes. Today, Angostura is produced on the island nation of Trinidad and Tobago, where the factory also makes rum. And while the exact Angostura bitters formula remains under wraps, its flavors are easy to identify.

“Angostura has these universal, comfort flavors of baking spices, confectionary notes, things like cinnamon and clove, and it’s really easy to use in a cocktail,” Castillo says.

And while the bitters can come in handy in any number of drinks, they’re most frequently associated with classic cocktails made from richer brown liquors like an Old-Fashioned or a Manhattan. 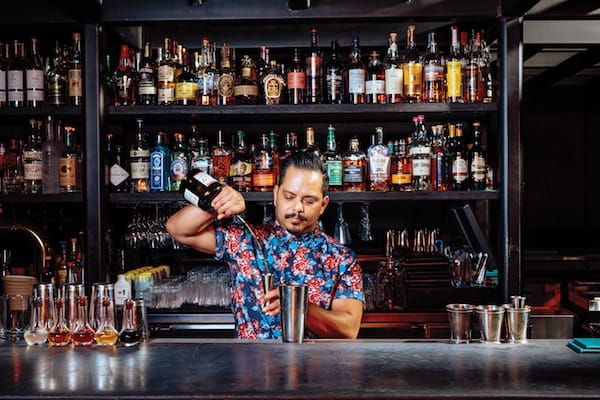 “With a Manhattan, the bourbon is coming across. You get that caramel and the strength of the alcohol and the sweetness of the sweet vermouth, so the bitters pull that sweetness back a bit,” explains Steen Bojsen-Møller, owner of cocktail den Seymour’s at Mr. Lyons Steakhouse and beverage director of F10 Creative, a hospitality group that operates venues including Birba and the Alcazar Palm Springs hotel.

You may not realize what bitters bring to your cocktail, but the person making it surely does. “It’s super subtle, but you can kind of use them to control the cocktail,” Bojsen-Møller adds. “Sometimes you think it might be missing something and you can’t tell what it is, but it falls a little flat. Then you add two drops of bitters and it can change and enhance the whole thing.”

Bitters’ star dimmed during that buzzkill known as Prohibition but eventually clawed its way back after booze became legal again. Today, while most bitters alcohol content hovers in the 40 percent range, they aren’t regulated as wine, beer, and liquor are since they’re classified as nonpotable, the same class as vanilla extract. For decades, most bartenders stuck mainly with Angostura and Peychaud’s — a bright-red version with hints of anise that was born in New Orleans and is best known as a key component of the Sazerac whiskey cocktail — until relatively recently when bitters offerings began ballooning along with the proliferation of the craft cocktail movement. 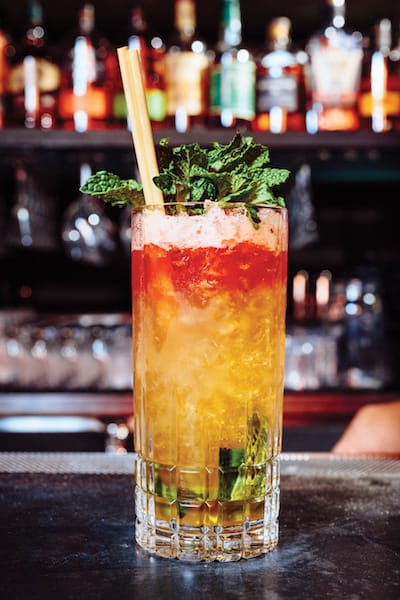 “The whole cocktail resurgence has definitely had a lot to do with it. One thing feeds the other. People like experimenting with new flavors and new combinations ... and playing with bitters is part of that,” says Castillo, who adds that while his bars are lined with a few dozen varieties, most staffers stick with a go-to three or four.

In the rum-based Better Barista drink at Seymour’s, Bojsen-Møller uses chocolate bitters rather than an overpowering chocolate liqueur but says he’s likely to be a little more heavy-handed with lighter and citrus-infused bitters, giving them a bit more responsibility in certain drink recipes.  He adds nearly a bar spoon of orange bitters in Seymour’s popular vodka- and yellow-Chartreuse-based Desert Yardarm, which also incorporates lemon juice and basil. “We were looking for something that wouldn’t take away that herbal quality but add to it, so now it’s got nice fruity-herbal flavor.” And the Ocotillo Blossom — made with bourbon, bell pepper, cayenne, and honey — gets nearly a 1/2 ounce of blood-orange bitters, making the ingredient a true supporting player in the drink.

Developed for medicinal purposes, bitters have become the unsung heroes  of the craft cocktail movement — but most people have no idea what bitters are.  We asked a few local bartenders which ones they use and why. 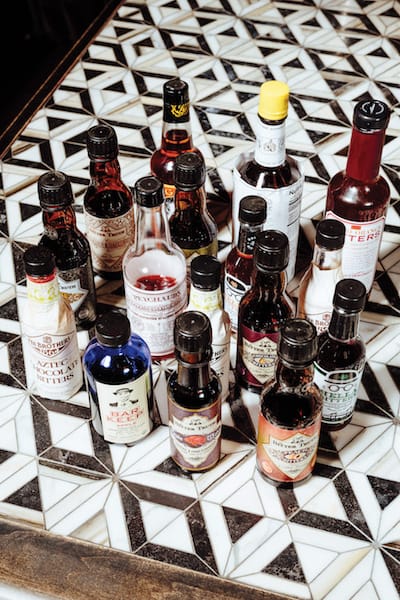 Truss & Twine’s gin-based Game Changer, made with lime, sugar, onion brine, and sea salt, gets a little help from celery bitters, which Castillo swears you taste even more after you’ve swallowed. The offering is one of the bar’s best-sellers, thanks in part, he says, to an increased interest in savory cocktails.

Ian Winget, who in 2012 launched craft bitters company Napa Valley Bitters, says that indeed part of the growth of small-batch spirits and all-natural artisan ingredients, including bitters, has stemmed from imbibers bucking the cloying cocktail trend from decades earlier when those oversized alien-colored martinis gained traction.

“You had these Sex and the City huge martinis — ‘appletini’ this and ‘raspberrytini’ that. You were basically drinking a glass of alcohol with a bunch of chemicals and high-fructose corn syrup,” he explains. “People are becoming a little more conscious and want more real ingredients and real craft bitters without artificial flavors and colors.”

Winget now produces a few thousand bottles annually, selling to bars and consumers online and at the Napa Valley Distillery tasting bar and shop at Napa’s foodie destination Oxbow Public Market (where customers can taste the bitters before buying). He carries about 15 flavors at any one time and, in addition to seasonal one-off versions like 2017’s popular pumpkin pie, made from dehydrated pie filling, he offers everything from banana to cardamom to his best-selling toasted oak and black walnut styles, the latter of which takes a painstaking 18 months to produce.

While Winget has found cocktail aficionados and bar industry types are familiar with what he’s making, he still has plenty of people still asking, What in the world are bitters? “That’s part of the allure,” according to Winget. “There’s a little bit of mystery around bitters, and people are excited to find out about them.”