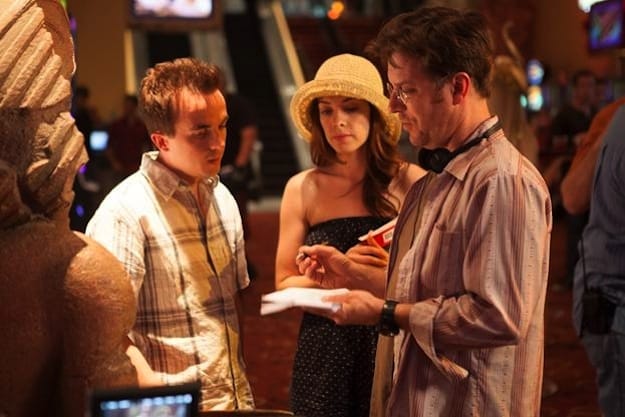 What happens in Vegas, stays in Vegas.

The movie, Blast Vegas, starring Barry Bostwick (Rocky Horror Picture Show), is set to screen at 9 p.m. July 18 on the Syfy Channel, and was actually shot last year at the Fantasy Springs Resort Casino in Indio.

But in the movie, viewers will see the resort has taken on a couple of personas as the Golden Nugget in Las Vegas and even the fictional Egyptian themed Isis Hotel and Casino thanks to filmmaking magic.

There are also shots of the pool at Fantasy Springs, the golf course, restaurants, casino and bowling alley.

Blast Vegas, a production of Brainstorm Media, is about a group of wild frat brothers and their nerdy tag-along friend, Nelson (played by Frankie Muniz of Malcom in the Middle fame). They head to Las Vegas on a spring break of a lifetime. When one of them steals an Egyptian relic from a casino, an ancient curse is unleashed on the Vegas strip.

Crews filmed at Fantasy Springs for two weeks and then added computer-generated special effects by Base FX.

“At some point in the movie a computer generated plane will crash onto the craps table on the gaming floor, the 18th hole waterfall at Eagle Falls Golf Course will become a tiger habitat and the area outside The Fresh Grill Buffet, will be a museum compete with priceless Egyptian relics,” says Public Relations Manager Anndee Laskoe.

For one of the movie’s final scenes, the crew constructed a replica of the Paris Hotel and Casino’s Eiffel tower observation deck inside the Fantasy Springs Special Events Center.