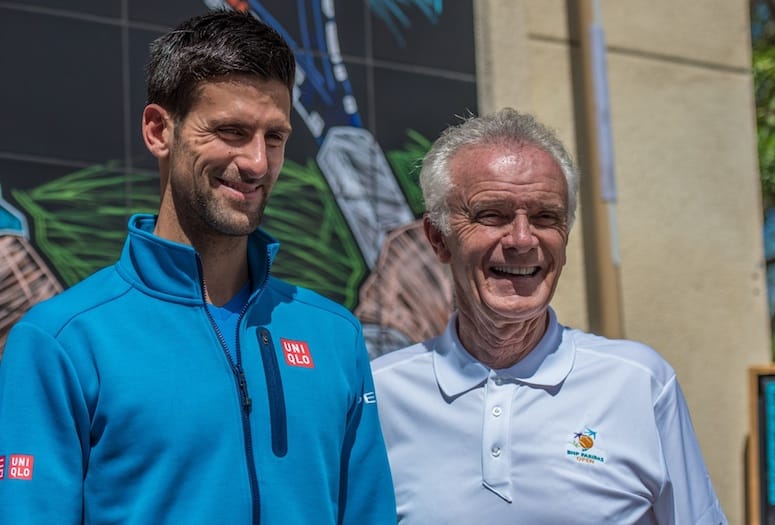 In a meeting with the media, an annual gathering that is meant to give a state of the union of the tournament, Moore, in response to a question about the women’s tour, said, “In my next life, when I come back, I want to be someone in the WTA, because they ride on the coattails of the men. They don’t make any decisions and they are lucky. They are very, very lucky.

“If I was a lady player, I’d go down every night on my knees and thank God that Roger Federer and Rafael Nadal were born, because they have carried this sport. They really have.”

Helene Elliott of the Los Angeles Times and Bill Simons of Inside Tennis immediately reported it on their respective websites, and commentators on the telecast of the Serena Williams-Victoria Azarenka women’s final also reported the comment.

Attempts to reach for reaction the WTA’s executive director, Steve Simon — who was the BNP Paribas tournament director and longtime associate of Moore — were unsuccessful until later, when the WTA released a statement.

“The comments made by Raymond Moore are certainly disappointing and alarming,” the statement read.

Williams, who lost the final to Azarenka, blasted Moore in her postmatch news conference. This was just minutes after Moore had made an emotional speech on the court to thank Williams for deciding to return to Indian Wells last year, and now this year, after a 14-year boycott when she was booed in the 2001 final.

She called Moore’s comments about the WTA both “very, very inaccurate” and “offensive.”

“His remarks are mistaken and inaccurate,” Williams said. “To get down on our knees is offensive enough. We as women have come a long way. We shouldn’t have to drop to our knees for anybody. I can’t tell you how many times I’ve had people tell me that, without Venus and me, they wouldn’t watch tennis.

“Take this year’s U.S. Open. The women’s final was sold out long before anything else. Was Rafa in that match? Was Federer?”

She was asked if she thought there was any possibility that Moore’s remarks had been misunderstood.

“I read the transcript,” she said. “I speak English pretty well.”

She said that remarks such as Moore’s did a disservice to people such as Billie Jean King, a tennis pioneer.

Asked what her first reaction was upon reading Moore’s quotes, she said, “Really?”

Moore initially responded with a tweet that may have made his situation worse: “Men also should get down on their knees for Rafa and Roger.” Later, he released a statement:

“At my morning breakfast with the media, I made comments about the WTA that were in extremely poor taste and erroneous. I am truly sorry for those remarks and apologize to all the players and WTA as a whole. We had a women’s final today that reflects the strength of the players, especially Serena and Victoria, and the entire WTA. Again, I am truly sorry for my remarks.”