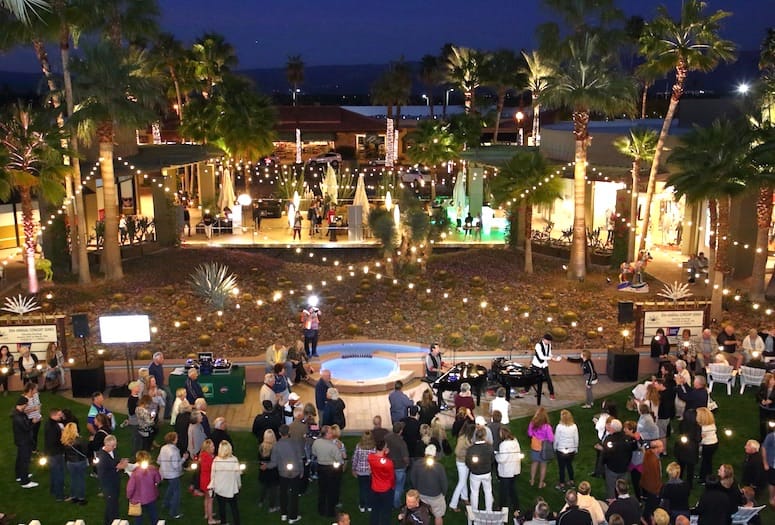 The BNP Paribas Open Garden Party, a free event offering food, activities and live entertainment, will once again serve as the official kick-off to tennis season in the Coachella Valley. Open to the public, the second annual Garden Party will be held 5:30-8:30 p.m. Feb. 1 at The Gardens of El Paseo.

This year’s Garden Party celebrates the beginning of several exciting, tennis-filled months in the area, as well as serving as an official countdown to the 2019 BNP Paribas Open, taking place March 4-17 at the Indian Wells Tennis Garden. The event will offer attendees a special glimpse into Tennis Paradise and showcase why tennis season in the Coachella Valley is an unforgettable experience for any tennis fan.

The Garden Party will offer food sampling and beverages, live entertainment, giveaways, as well as table tennis and other family-friendly games. Fans will also have the opportunity to take their photo with the Official BNP Paribas Open Baccarat trophy on-site. DJ “DaCapo” will entertain tennis fans with his musical stylings from 5:30 p.m. – 6:15 p.m., followed by the A-Z Dueling Pianos kicking off at approximately 6:15 p.m.

“We are so excited to bring the Garden Party back to the Coachella Valley community in 2019,” said Philippe Dore, media and marketing director for the BNP Paribas Open. “After a successful event last year, we can’t wait to celebrate the start of tennis season here in the desert and look forward to another fantastic tournament this March.”

Tennis season in the Coachella Valley encompasses six different events over the course of more than two months. The BNP Paribas Open Pre-Qualifier, which is free and open to the public, is a four-day amateur tournament held Feb. 7-10 at the Indian Wells Tennis Garden, with one male and one female participant advancing to the qualifying draw of the BNP Paribas Open. The Oracle Challenger Series returns to Indian Wells from February 25 through March 3. The final stop on the Road to Indian Wells will determine the two male and two female American players who will be granted main draw wild cards in their respective singles main draws at the 2019 BNP Paribas Open.

The Tri-Level Championships, now in their 12th year, pits the 17 United States Tennis Association sections against each other in an amateur doubles tournament over the final weekend of the BNP Paribas Open, March 14-17. The fifth annual BNP Paribas Open Collegiate Challenge presented by Oracle will once again be held during championship weekend, with 11 of the top NCAA men’s and women’s teams competing in a tournament at the Indian Wells Tennis Garden.