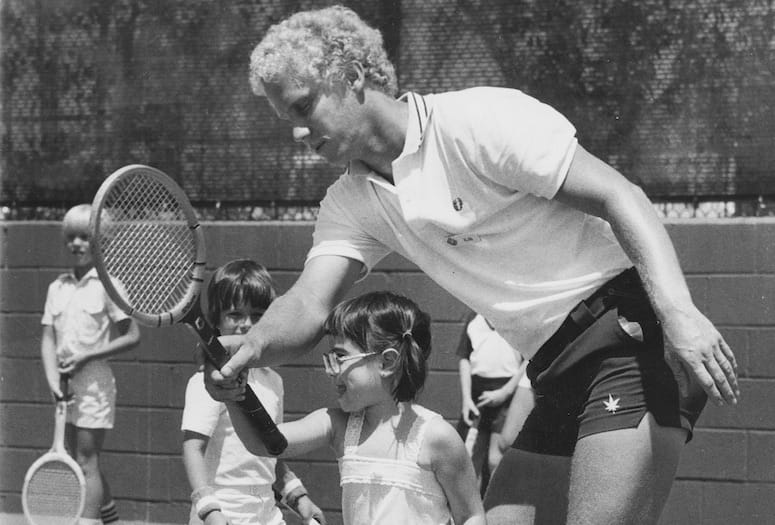 Tennis fiends are gearing up for the unofficial “fifth major,” the BNP Paribas Open at the Indian Wells Tennis Garden. Established in 1974, the Coachella Valley tournament, March 5–18, is said to be the most-attended tennis event in the world outside the four Grand Slams.

Ahead of this year’s event, the facility received a few aesthetic enhancements — new palm tree groves, floral installations, and pavers aim to magnify the vibrancy of spring. Video screens in Stadium 1 also got an upgrade.

But let’s face it, it’s really about the game. As top men and women’s players land in Indian Wells, they’ll hit the hard courts and begin warming up to our desert clime.

“The ball tends to sail through the air a little bit farther here than it does in a coastal region,” explains Alan Foster, a tennis pro who has run lessons in the valley for 40 years. “Then there’s the temperature … As it heats up during the day, the ball bounces a little higher, and strings loosen up.”

As it turns out, successfully whacking a ball over the net may require a basic understanding of physics. We spoke with Foster to find out how players prepare for desert matches in hopes of gleaning a few pointers to improve our game.

What’s different about desert play?
The overwhelming thing that’s going to affect the flight of the ball is temperature and dry air. If you have a match earlier in the day, when it’s cooler, the ball tends to not bounce as high. It has a heavier feel when you strike it, and strings tend to not be as responsive. They’re a bit stiffer.

Does that change racket stringing?
Most touring pros will have anywhere from six to eight tennis rackets, and they will string their rackets according to temperature, according to altitude, according to their mood. It really comes down to what feels good to them.

What’s the biggest adjustment for amateurs?
Everything’s outdoors here. People coming from back East or the Midwest, where they get snow, play indoors — obviously, there’s a ceiling. So, here, their whole perspective changes. All of a sudden you have that big, beautiful sky, and it’s really easy to lose the ball. There’s also an adjustment for court surface. All the public courts out here are hard courts.

Your top tips for visiting players?
Make sure you hydrate — in our dry climate, you don’t realize how much you’re sweating. And wear sunscreen!

The Civic Center has six tennis courts as well as two pickleball courts. “They’re cleaned on a regular basis,” Foster says. “They maintain the nets and the windscreens.” 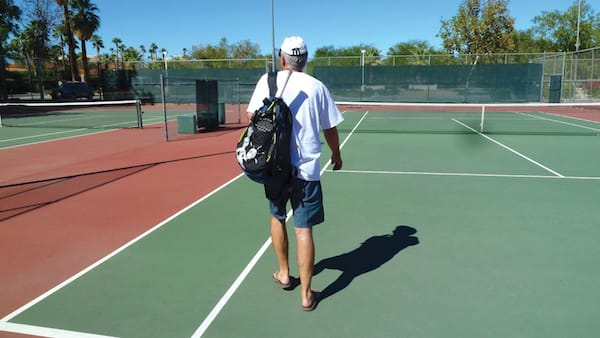 PHOTOGRAPH COURTESY OF THE TENNIS TOURIST

Four courts are open for public play at this 61-acre park on East Mesquite Avenue in Palm Springs. The park also has baseball diamonds, batting cages, soccer fields, and a youth center.

This 12-acre park on the corner of Avenue 52 and Avenida Bermudas in La Quinta Cove offers six courts. “They resurfaced them recently,” Foster notes.