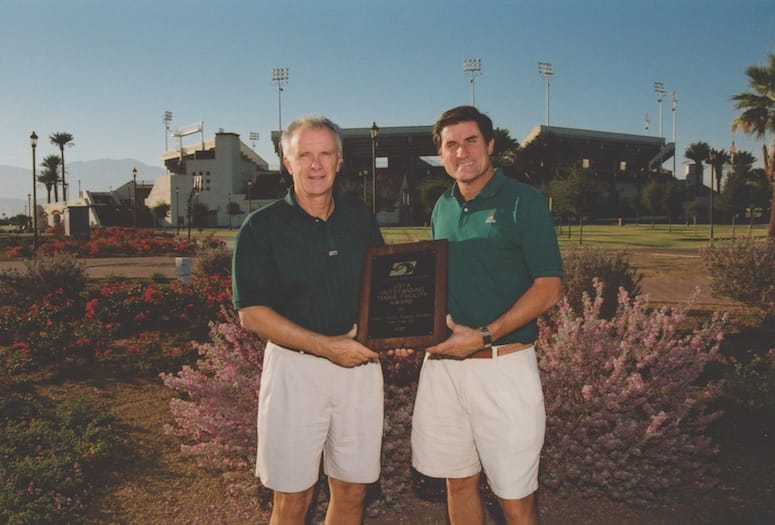 If her father could sell milk, then logic suggests that Peggy Michel could sell tennis.

Or at least that’s how Chalie Pasarell sold Michel on the role he saw her playing in growing what would become the BNP Paribas Open in the Coachella Valley. Pasarell, who along with Raymond Moore founded the tournament, brought Michel on board in 1985.

“At first I told Charlie I didn't want to be involved in the tennis tournament. I wanted to work for the facility,” Michel recalls. “Then he said, ‘No, he wanted me to be in sales’. I said, ‘But I've never done sales’. So he said, ‘Your dad was in the milk business and he could sell milk. It's probably in your blood that you can sell. I want you to sell sponsorships.’”

“I still love it,” Michel says. “I love coming to the office. People keep saying, ‘When do you plan on retiring?’ I have no intentions of retiring. It's a fun place to come to work.”

The foundations laid by Pasarell and Moore haven’t changed in all that time. “One thing I'll never forget, Charlie told us back in ‘1985 -86, ‘You never say no to a sponsor. You figure out a way to get things done. You try to never say no to a player or to a ticket patron’,” Michel says. “ Everybody that I work with and that work here, that's what they are trying to do.”

VIDEO: Peggy Michel talks about the foundations the BNP Paribas Open was built on and why the tournament now carries the “Fifth Major” moniker. (Video by Steven Salisbury ).