Boy George: "So, maybe I am a bit braver — or more accepting of things that you can’t change. I am very into The Power of Now thing and enjoying what’s happening."
PHOTOGRAPHS COURTESY BOY GEORGE

More than 30 years ago, Boy George and Culture Club stormed onto the music scene with an inventive mix of androgynous spunk and playful pop music. “Do You Really Want to Hurt Me,” “Karma Chameleon,” “Church of the Poison Mind,” and “The War Song,” to note a handful from the group’s songbook, captured the mood of the times and rocket-fueled their atomic success.

Some 150 million record sales and several Grammy Awards — especially in the UK — later, the spirited troubadours are generating buzz again. Their new song “Let Somebody Love You” is a memorable reggae-influenced delight that recalls “Do You Really Want to Hurt Me.” And their long-awaited album, Life, drops in October, midway through the group’s current world tour.

About that … few valley concerts this fall pack a powerful creative punch like the one Boy George and Culture Club (Roy Hay, Mikey Craig, and Jon Moss) offer at Morongo Casino, Resort & Spa on Sept. 28 — The B-52s and Tom Bailey of the Thompson Twins are also on the ticket.

Surpassing musical shifts — and their share fair of headlines — over the years, the group reunited in 2014 and embarked on two worldwide sell-out tours over the following two years. Here, Boy George does what he does best — take the lead. He begins an illuminating interview with Palm Springs Life.

Boy George: How are you?

That’s a great way of responding. I’m evolving all the time.

Well, the alternative isn’t pretty. We have to do what we can.

[Laughs] Well, I don’t know about you, but I have definitely tried the alternative.

You and the group are on tour again. What do you love most about that?

The amount of love in the audience. I mean, we’re no longer the new kids on the block, and we don’t have go out there again and again and prove ourselves. Obviously, we have to be good, but I feel there is a wonderful warmth out there.

What was the inspiration behind “Let Somebody Love You”?

I wrote it after reading Midnight’s Children by Salman Rushdie. I decided to use some of the magic realism he used. I found it quite psychedelic — the idea of putting yourself into someone else’s shoes.

And exploring relationships of all kinds, yes?

Yes. I think when you are younger you enter relationships with a different type of bravery. Do you know what I mean? My idea of love was that every time you love someone, you get hurt, and you risk it not being exactly what you want it to be. I suppose it’s like being on stage, too, where you never really know one night after another, what will happen — unpredictability. I try to have my writing reflect that.

Well, your songwriting has evolved.

At this point, after writing so many songs, you have to ask yourself: “How can I look at this — love and life — from a different perspective?” With the new songs on the album, I am writing about who I am now, rather than who I was 30 years ago. 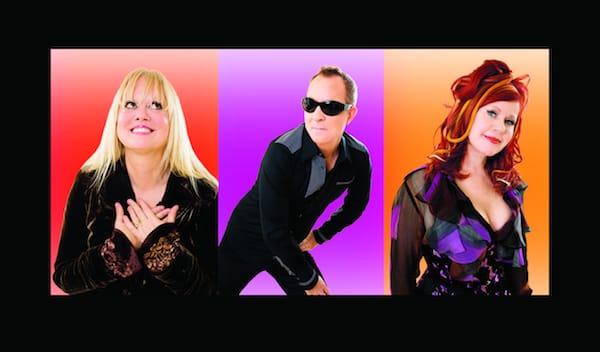 As much as I love those early songs — they gave me so much — I did cast myself very much in the victim role. That was true of who I was back then, even though, publicly, I suppose I had a lot of personality and people would have said: “What? You’re so confident.” But I suppose I wasn’t that confident in my deep intimate, personal dealings, and relationships. 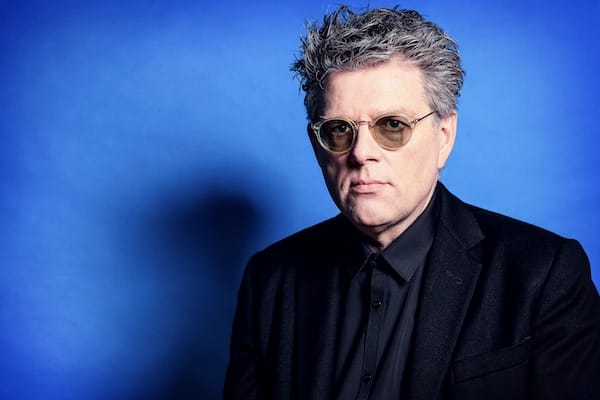 The B52s and Tom Bailey are on the same Sept. 28 ticket with Culture Club.

You mentioned bravery. Do you consider yourself brave?

I’m braver. I love the fact that you brought up the idea of evolving earlier. That’s something I would say. The idea of life is to get happier and be satisfied by little things. You know, having had an extreme life, and having had extreme things happen to me, I discovered that it really is the small things that give you pleasure. That old saying: “The devil is in the details.”  So, maybe I am a bit braver — or more accepting of things that you can’t change. I am very into The Power of Now thing and enjoying what’s happening. I mean, we all struggle with that but I do try to be in that space.

I read that part of your spiritual journey began when you read Shirley MacLaine’s Out on a Limb in the 1980s. And now, you mention Eckhart Tolle’s The Power of Now.

I grew up in an Irish-Catholic family. We were never really taught to have a spiritual opinion. My mother still says to me, “You’re a Catholic, you’re a Catholic.” And I say, “Well, I am a Catholic in my complications but a Buddhist in my aspirations.” So, that’s where I am now. I don’t believe in the wizard behind the curtain. There’s so much about spirituality that you cannot prove. Sometimes, you have to faith in things that you can’t see. As you said in the beginning of this conversation, we’re constantly evolving — a work in progress. Although I practice Buddhism, I am open to other things. I think, “Well, that can be true.” Maybe it’s a Gemini thing. Who knows? I think it’s a nice thing to think that there’s more to life than what we see.

What do you love most about what you do?

Music has given me everything; so much freedom — so much that I can’t even put it all into words. It’s given me an outlet to express myself emotionally, spiritually, and sometimes with humor.

You were influenced greatly by Ziggy Stardust and David Bowie. But do you see yourself as an influencer?

I was 11 years and 11 months old when I saw Ziggy in concert. You can imagine how impressionable I was at that age. I had seen Bowie at that point and the imagery he was using was very powerful. It made me feel as if I wasn’t alone. What I did, eventually, was take all things that I loved, which was so kind of disjointed in a way, and again, maybe that’s a Gemini thing — where I am really able to enjoy the most contradictory things, but I always sought to put my own identity on those things. I never wanted to be a version of Bowie, but I definitely wanted to express a similar message: That people can be whoever they want to be.

What’s some of the best advice you have been given about life?

That it’s good to have some secrets, especially in this day and age, because everybody feels obliged to tell you about everything they are doing. [Laughs] And it’s not that interesting. We have this weird window into everyone’s lives now. I try to enjoy all of that but not add too much to the noise. You can give too much away in this world. Thank God there was no internet in 1984.

I think a little bit of mystery is a beautiful thing.