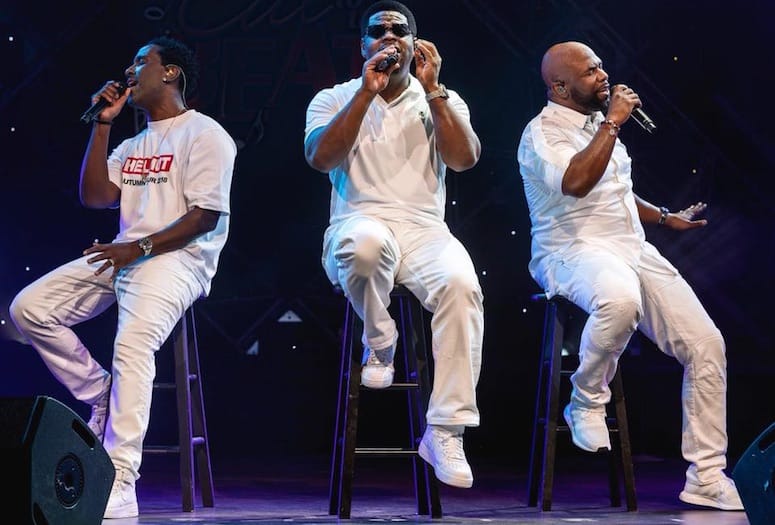 It’s a bit of a head-scratcher when you stop and think about it: In just three years time — 2021 — the smash R&B group known as Boyz II Men will technically be 30 years old.

That fact makes founding member Wanya Morris chuckle with a mixture of disbelief and great joy.

Flashback to the late 1980s and you would find Wanya, along with Shawn Stockman, and Nathan Morris (no relation) forming the group when they were ambitious students at the Philadelphia High School for Creative and Performing Arts. Wanya was the group's second tenor and after their first album was released in 1991, the “boyz” quickly captured attention and went on to become one of the hottest musically rich R&B vocal groups to hit the scene.

A slew of timeless hits followed — “End of the Road,” “I’ll Make Love to You,” “On Bended Knee,” “Water Runs Dry,” “Song For Mama,” among others. The group still tours vigorously with a Las Vegas outing that’s a hot ticket.

They hit Agua Caliente Casino, Resort and Spa on March 2.

Wanya, who helped propel the group to become one of the most enigmatic entourages behind some of the most timeless emotional ballads, shares some of his journey with Palm Springs Life.

In 2021, you will have officially been in the public eye for 30 years.

It’s another milestone. Who could have forecasted that from 1991 to 2021, we would still doing what we are doing and doing it at the capacity that we are.

Is it mindblowing to realize that the group has sold more than 64 million albums?

In the grand scheme of things, it’s pretty good. And while 64 million albums doesn’t translate into $64 million, it does actually translate into a lot people loving the group, and that is definitely very motivating. 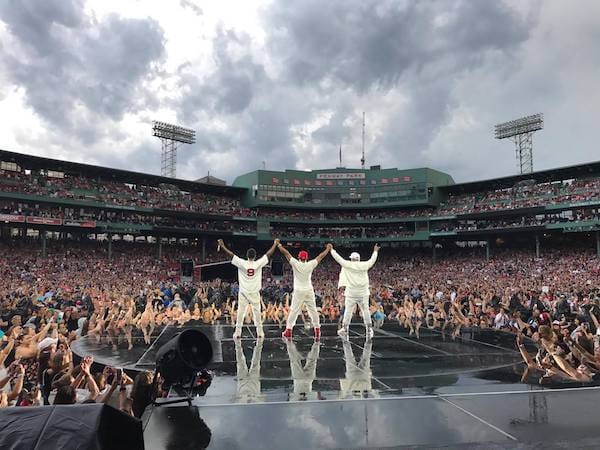 Wanya Morris: "My job on stage is to make sure that the audience is “touched” by the music."

The music industry has changed so dramatically over the last 30 years. Is there a secret to your longevity and being able to adapt through the changes?

Being able to stay true to who Boyz II Men are. Of course, when trends come in, a lot of artists try to stay relevant and follow those trends. But at the end of the day, it’s the integrity that you uphold and people respect. We never took a chance on a “trend.” We love “love.” And we love “love” music. Love songs. Songs that maintain a musical intellectuality.

You were still making love songs, in fact, during times when a lot of the music industry began shifting from what emerged in the 1990s.

It seemed people were not willing to fall in love in any more. It was a different age. We kind of broke up five times — five minutes each time. [Laughs]

We wanted to maintain the integrity of what the Boyz II Men standard was. Just hearing people talk about what they wanted to hear, looking at their smiles when we performed, or tears, we couldn’t let go because they didn’t let go. You know what I mean? And that’s what we attribute it to. Music created Boyz II Men for the people, and people kept Boyz in their lives.

Something really got you through that.

Each other. If we were solo artists, we would probably be dead somewhere. We kept each other grounded. We’ve been doing this since we were teenagers. To have each other since we were young, and to be taught to that there would be times when you wouldn’t be up — we learned: What are you going to do when you are “down?”

So, there you are up on stage performing. What does it feel like — in your body — when you are actually performing in front of people; actually singing? Describe that sensation?

"If we were solo artists, we would probably be dead somewhere. We kept each other grounded."Wanya Morris

Well, there’s a lot of energy in the room. I feel like I have a job to actually go find the energy in the room. I scour the audience and as I am walking and singing, I notice somebody who might have a need for attention, you know? It’s an energetic attention, like a gravitational pull. So, I find those people in a section of the crowd, and I sense that there’s somebody in that section that needs something. So, I say to myself: “Let me give 100 percent to this person and what they need.” And that, in turn goes out to the rest of the audience. My job on stage is to make sure that the audience is “touched” by the music.