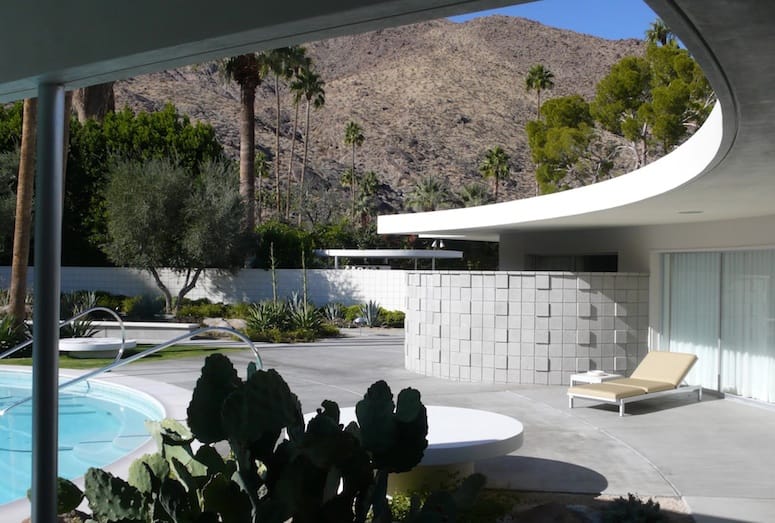 Designer Brad Dunning had a hand in the complete restoration of the Tennis Club compound in Palm Springs.
Photos courtesy of Brad Dunning

Architectural preservation can be a demanding mistress as Brad Dunning knows only too well.

In architectural preservation, you have to love ‘em and leave ‘em, kind of like a sailor with a dalliance in every port. You enjoy the time you spend, but you can’t get too attached. A lesson the Palm Springs-based, Los Angeles transplant has learned after an impressive and substantial track record in architectural restoration projects of significant homes. “I do enjoy that because you get to bring an architect’s work back to what it should be and make it relevant," says Dunning, pictured at right. "But sometimes you have to sneak in some modern amenities and that’s always tricky on a historic property.”

He says that many times there may be homes that have been renovated poorly or have fallen into disrepair. “I definitely found myself in this niche resulting in people coming to me because I have done so many architectural restoration and renovation projects,” he comments. “I’m a designer, I do interiors, but I prefer to do architectural renovations; that’s the bulk of my business.”

Dunning has worked on residences designed by numerous important “starchitects,” designers, and developers, including Joseph Eichler, Paul Trousdale, A. Quincy Jones, Paul Williams, John Lautner, Richard Neutra, and one of his favorites, Wallace Neff. "Wallace Neff was so adept at different styles — from Mediterranean Revival to Modern, he mutated and adapted as styles changed and was brilliant at each; he had a refined and sophisticated sense of scale," Dunning says.

He is currently working on projects in Malibu and Santa Barbara. In Santa Barbara, he’s doing a major restoration on the Von Romberg House, a 1937 Art Deco home designed by one of the few notable female architects, Lutah Maria Riggs. She was the first woman in California to be named a Fellow of the American Institute of Architects. An historic restoration of this Trousdale in Beverly Hills – exterior and pool designed by Brad Dunning.

“I don’t know how I got pigeonholed in midcentury because I’ve done Spanish Revival and contemporary, but I had never worked on a big Art Deco house like that one – it’s one of my favorite periods," he says. "This one is a very accurate historic restoration; we’re working from the original plans and have access to Riggs’ archives at UC-Santa Barbara.”

Although Dunning has collaborated with several celebrities on high-profile projects, he’s reluctant to beat that drum. His pride comes purely from the work, not the glory. Perhaps it’s his Southern roots that keeps him grounded in this heady world of glam celebrity design projects.

“Brad is a remarkably talented designer who has a deep understanding and knowledge of architectural history,” says Sidney Williams, curator of architecture and design of the Palm Springs Art Museum’s Architecture & Design Center, Edwards Harris Pavilion. “His work on historic houses illustrates how thoughtfully and meticulously he approaches each project.” In 2014, Dunning’s work was recognized by the Palm Springs Modern Committee with the Residential Restoration and Re-Imagination Award for the Hefferlin and Becket residences. Brad Dunning did a complete remodel and interiors of this contemporary residence in Malibu.

As a designer in every sense, he approaches each project in its totality, blending the design of the exterior and interior into a mutual language. “Every designer wants to control the entire vision. I design interior spaces and decoration, if that’s needed, but every job is different,” he says. And the range of his projects vary in size and scope, whether public or private. "I’ve done restaurants, hotels, but my work is mainly residential. I enjoy doing residential,” he says.

Besides architecture, Dunning also enjoys music, which led him to reach out to Moby to invite him to the Palm Springs Art Museum's Annenberg Theater last weekend to discuss his book on photography, his architectural discoveries, and his love of the desert.

Dunning says he will curate a series of five evenings like that one next season at the Annenberg.