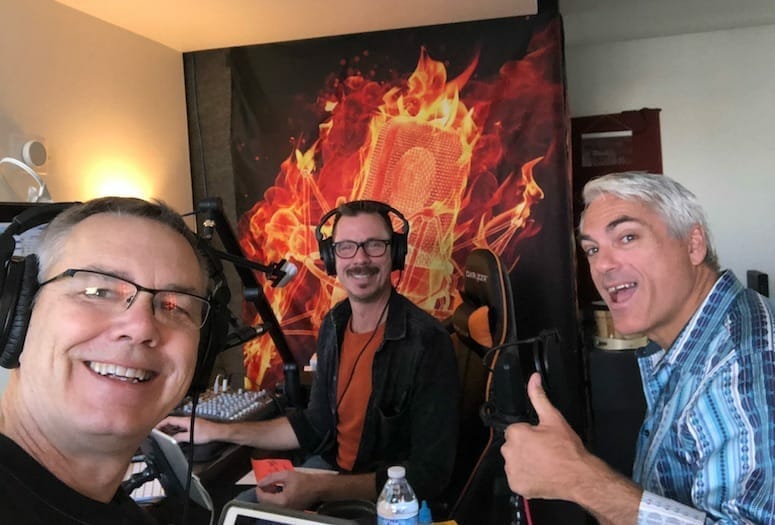 Brad Fuhr waited until he was 30 before coming out to his parents in the form of a letter.

“This was before the internet,” recalls the Palm Springs resident. “I had to wait until they had seen the letter and finally called me. Everything went well, they accepted me for who I am and they told me they love me. I've been very fortunate that my family was very embracing of me being gay, my grandparents as well, all the way through.”

Fuhr has gone on to build his career around the gay community. In the past he worked for several radio stations, and managed and produced a number of gay programs. In conjunction with moving full-time to Palm Springs in 2012, Fuhr launched the Gay Desert Guide website a year later bent on informing locals and visitors about LGBTQ+ events, bars, eats, shopping and more. Within the past year he purchased KGay Radio (106.5 FM) which grew out of a 2019 podcast he started called I Love Gay Palm Springs.

The Chicago native has been a big fan of the desert since visiting Palm Springs in the early 2000s. “I always admired the midcentury modern architecture,” he says. “Finally, I bought my place in 2008, it is a Palmer and Krisel, which is located in the Canyon View Estates.” 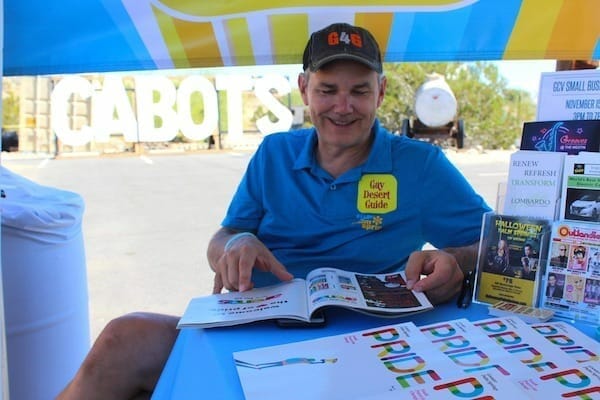 Brad Fuhr will have a booth at this weekend's Greater Palm Springs Pride located close to the Forever Marilyn statue.
His initial move to the west coast put Fuhr in Los Angeles, and slowly he began spending more and more time in the desert. During the 2007-09 recession Fuhr lost his job in Los Angeles.

He says, that “ allowed me to take a look at some opportunities. Based on my integrated media background in publishing and radio, I was seeing that some of the LGBT magazines were going away and that there was an opportunity to do something digital and online.”

You can meet Fuhr during Pride weekend, he plans to set up a booth next to the Forever Marilyn statue in downtown Palm Springs. Palm Springs Life chats more with Fuhr about his passion for radio and plans he has with KGay.

I had a love for the technical side first, until a radio personality came and spoke to us in junior high school, during the career days. I was enamored. He invited me to come to the radio station. At first, all the knobs, dials, and the electronics was fascinating, but then it became interesting to be able to push the buttons and talk on the radio. I studied for my FCC license at age 14 and passed the exam. I was one of the youngest people to get the license at that time. That qualified me to work at the radio station and run the transmitter. The owners of the station were family friends; they took a chance and hired me. So I started on my 15th birthday on the radio. I probably made a lot of mistakes and I know I've made a lot of mistakes, but that's where I learned. 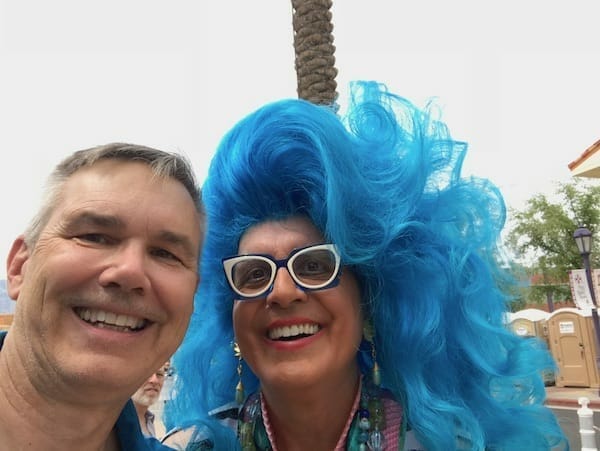 How did the initial interest in KGAY begin and what did the experience teach you?

I had experience with LGBT radio and media for a number of years.

When I was in Chicago, I sat on the board and I managed a not-for-profit called LesBiGay Radio. We had people like Alexandra Billings, who stars in Transparent.

We had people like Alexandra Billings, who stars in Transparent. She was one of my hosts. We had hosts from all different walks of the LGBT community. Then when I came to Los Angeles, I got to work for a SiriusXM when it was Sirius Radio We had the first morning show on OCU, and I was the producer. Then I went over to iHeartRadio, which was Clear Channel at the time. I was able to run a program called Pride Radio for a couple of years.

All that experience led me to want to have my own radio station. I'd never had owned a station before, I'd always worked for other people. During COVID of course they had a terrible time keeping the stations afloat, and ultimately they wanted to have this station in the hands of LGBTQ owners. Because I had experience with radio before, I started the conversation last year with the owners about purchasing the station. I was finally able to consummate the purchase this year.

What made purchasing the station possible, and what were your thoughts in wanting to make a more permanent move in that direction?

I think part of what made it possible was COVID. It depressed values of many businesses, this one included. I put my business plan together, knowing the costs of the station; I believed that I am able to make it profitable by combining it with Gay Desert Guide. Combining radio with the Gay Desert Guide would not only make the radio station profitable, but I would also be able to build the digital side on Gay Desert Guide. Radio is a great driver of consumers from what they hear on the station to what they go and see online. We know that the two work together hand in hand.

What were your thoughts initially on programming for KGAY? 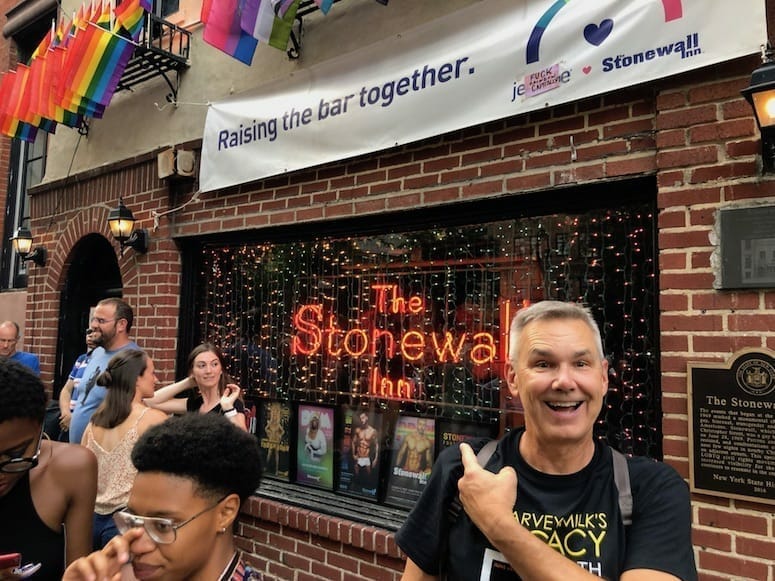 Brad Fuhr says he's been fortunate to have a very supportive family after coming out to them at age 30.

What can listeners expect going forward?

The radio station is a mostly music station, and it is going to continue with that focus. We brought back John Taylor for the mornings; Chris will be there in the afternoons and our midday mix shows. Those remain a fixture. We will expand on our #IloveGayPalmSprings Podcast that John Taylor, Shann Carr, and I were doing.

The best thing about it is that, we can do a long form interview with, let's say the mayor. We can take a clip of that and play it on the radio. The longer form of the interview becomes part of the podcast, because we know that radio listeners are different from podcast listeners. Radio is short attention span. People want to hear the music, they want to hear short bits, and want to be informed quickly. That's how the two will work hand in hand between KGay Radio and #IloveGayPalmSprings.

Now, on the radio side, there are two separate stations. There's AM 1270 and then there's FM 106.5. My vision is that the AM radio station will take a more talk programming standpoint. I think there's room for a more moderate to liberal voice, for news and talk programming. There are a lot of people who have things to say. There are a lot of people, who've done radio shows, in this town. They have great experience in the industry. I think I can bring all of those people together and create a separate radio station. Over time, that's the goal.

The music that we play on KGay is universally loved music. It's upbeat, it's fun, but attaching the call letters KGAY to it. The call letters, I discovered were laying out there. I think it makes a statement about where we are in the world today. It says to the world, not just to the Coachella Valley, but it says to the world that we can be out and proud. We can talk about all these different topics and they aren't necessarily LGBT related. We're talking about the masking rule, we're talking about immunizations, we're talking about housing and homeless issues. We can cover all of those things, but I guess somewhat through the lens of our LGBTQ community and things that are of interest to us.

• READ NEXT: Local Group Plans to Document, Preserve LGBTQ+ History in the Desert.