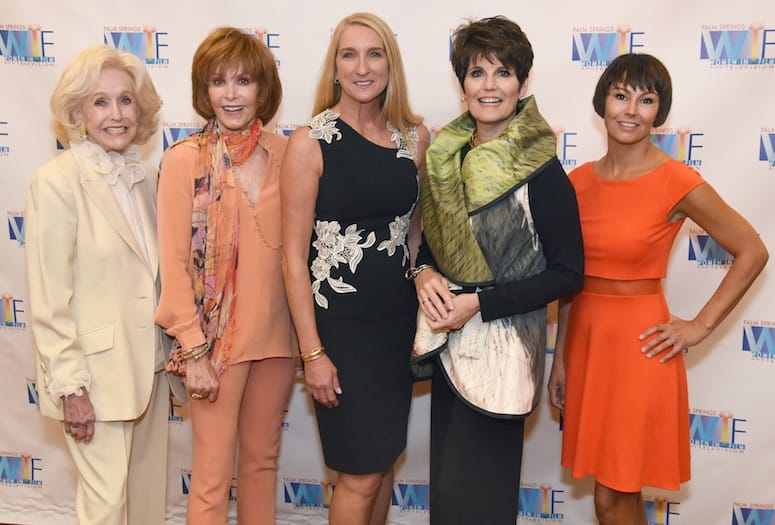 The ninth annual Palm Springs Women in Film and Television (PSWFT) Broken Glass Awards honored five outstanding women with a variety of expertise in the film and television industry.

Five impressive presenters highlighted each honoree’s contributions and talents. As the recipients accepted their awards, they shared their inspirations, passions, and entertaining stories related to their lives in “the biz”.

Presenters and honorees were:

Part of the PSWFT mission is to empower, promote, and nurture women and men in the media, entertainment, and communication industries. They also work with the community by bringing film, television, new media, and still photography production to the Coachella Valley.