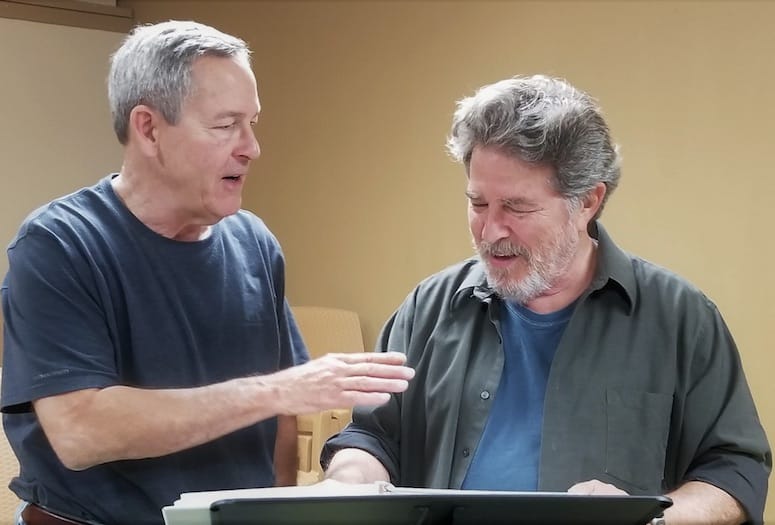 The landscape of quality professional theatrical productions and associated talent in Greater Palm Springs has grown exponentially thanks to playwrights like Palm Springs resident Bruce Bonafede.

Bonafede, a long-time member of the Dramatists Guild, has had several of his plays produced during his 30-year career. His first produced play captured first place at the prestigious Humana Festival and was published in Best Short Plays — 1986. In 2017 his play Quarantine was an award-winner in the One-Act Competition at the Little Theatre of Alexandria, Virginia.

In The Desert of Love, Bonafede deftly weaves his characteristic humor into the complexity of the human heart and the myriad types of love. He recently shared his insights and infectious humor with Palm Springs Life and talked about an upcoming staged reading of his newest work Dec. 15-16 at Coachella Valley Repertory Theatre in Rancho Mirage.

Your play is titled The Desert of Love. How come?
Because A Streetcar Named Desire was taken. OK, seriously, it means more than one thing depending on how you look at it. All my titles are like that. 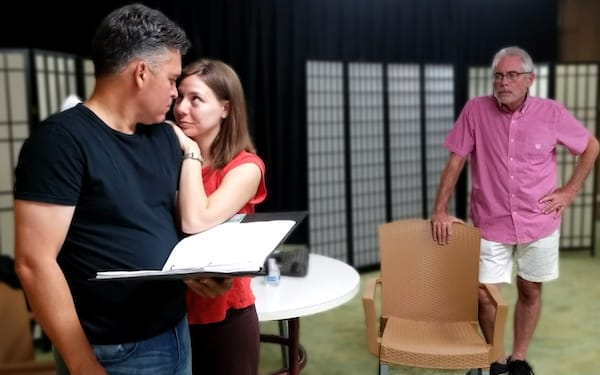 (From left) Domingo Winstead, Phylicia Mason, and Richard Marlow act out a scene from The Desert of Love.

I understand the play takes place in Palm Springs.
Yes, and it makes a statement about Palm Springs, though obviously it’s meant for a wider audience than just us locals. I’ve lived in the valley for more than 30 years, but my plays have been staged all over the country. I’d be a household name if only I were more famous.

I’m told the play is a comedy?
A dark comedy, yes, meaning it’s got the structure of a comedy but it’s not just about the laughs. It’s an entertainment, not a deeply serious play. Although there are some pretty serious moments. I like dark comedies where you’re not quite sure whether to laugh or cry. Or both.

What’s the arc of the play?
It’s about love. It follows six characters as they make their way through the difficult terrain of love in its many forms – romantic, parental, and philial or friendship.

Tell us about the cast and director.
This is a staged reading, not a full production. But it will be very high quality. Our director is Andy Harmon. Harmon founded and leads the Writers Studio at the CVRep Conservatory and facilitates the group’s bimonthly “Writing for Performance” workshop. We have a very talented cast which includes Domingo Winstead, Phylicia Mason, Richard Marlow, Lisa Hammert, Dan Graff, and Sean Timothy Brown. The stage manager is Roy Boucher.

When did you become interested in theater?
I got the bug as a teenager. I grew up outside New York, so our parents took us to see Broadway shows. I saw Angela Lansbury in the original production of Mame and Sammy Davis Jr. in the musical version of Golden Boy. All those shows were great, but when I was 15 we went on a school field trip to the Shakespeare Theatre in Stratford, Connecticut. We saw Macbeth. I came out afterward shaking my head. I hadn’t understood half the dialog but I was suddenly very aware of what theater was capable of. Then a few years later after we moved to Washington DC, I went to Arena Stage and saw “Jack MacGowran in the Works of Samuel Beckett” — a great actor doing great modern theater. I was hooked.

“I like dark comedies where you’re not quite sure whether to laugh or cry. Or both.” 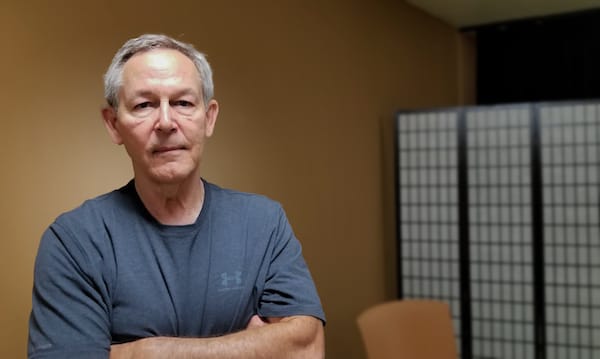 Is there a production you wish you had seen?
Jason Robards and Colleen Dewhurst in O’Neill’s A Moon for the Misbegotten. I have the video but I wish I’d seen it live.

Who was the person who made the biggest impact on your playwriting career?
I guess there are two: Jon Jory, the legendary A.D. [artistic director] of Actors Theatre of Louisville. Jory gave me my first production, an award, and national attention. The second is Harry Bagdasian, founder of New Playwrights Theatre in Washington, D.C. where I studied. Harry taught me what a play is and the basics of how to make one.

If you can have a love affair with any fictional character who would it be?

Juliet. Apparently she was quite a catch. Certainly Romeo thought so.

If you hadn’t become a dramatist what profession would you have chosen?
Well, I have a profession. We all do, since almost nobody can make a living as a playwright. I’ve been doing public relations here in the valley since the ‘80s. I love it, but someday I’ll retire from it. I’ll never retire from playwriting.

Any advice for young people who want to become playwrights?
Yes. First, get a real job so you can have some sort of life, since you’ll probably never make any money writing plays. Second, study, study, study, and then study some more. I spent five years studying before I wrote my first decent play, which went through six complete rewrites. Writing plays is a craft, it only occasionally rises to the level of art. But you can’t learn the craft, let alone the art, if you don’t study enough.