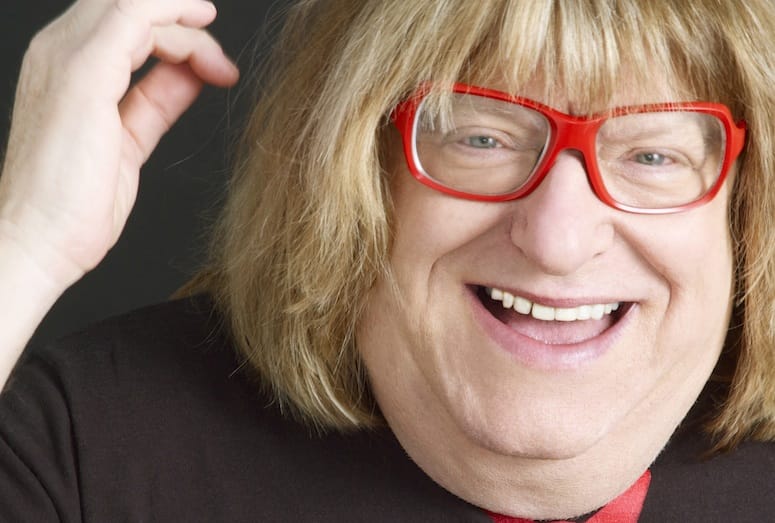 Palm Springs Life caught up with Vilanch, whose work includes authoring books, writing plays and starring in the center square on the later version of TV’s “The Hollywood Squares”, to find out what attendees can expect from this year’s rendition of the ultimate insiders’ dish-a-thon. Vilanch was just in town to ride in the Gay Pride Parade Nov. 3.

What kind of dirt can the audience expect you to be dishing?
"If you've ever read a Jackie Collins book, or seen her interviewed, you know she's a font of great Hollywood scandals — and she's not kidding. Michael [Childers] and I have worked with thousands of people you've seen in the tabloids, and we have some amusing tales. I think we'll see where the audience leads us."

Who is the easiest celebrity to dish dirt on? Who is the hardest?
"Good question. There is so much dish out there it's become institutionalized. I mean, is there a Kardashian story you haven't heard? They come at you on 500 channels 24/7. Clearly, if someone is caught in the middle of a fabulous faux pas, it is easy to pile on. I give you Paula Deen. And then the tide turns; and it's not so easy anymore. There's a boredom threshold. Fortunately, somebody else steps on their own train pretty soon and a new bulls-eye rises in the east."

If someone were going to dish dirt on you, what would they say?
"I've generally gotten there before they have, so I don't know."

How have you been impacted in your life with friends and/or family by HIV/AIDS?
"I lost hundreds — and I'm not exaggerating — hundreds of friends, most of them fairly early in the plague years. It's not nearly so bad now; but a few losses trickle through every year. The ones who lived long enough to receive the cocktail often have a very hard life just maintaining their health. For one thing, it ain't cheap; and there is still plenty of discrimination out there. So the rest of us have to maintain deep pockets and a steady vigil. At the beginning, the amount of loss and grief was paralyzing. But there was no time to stand still. We had to get active, and that was what saved many of us from emotional breakdown."

How long have you been coming to Palm Springs?
"Since I moved to Hollywood in 1975. Back then we would come down to places like Harlow's Haven. It was all fairly low-key. I think Sonny Bono, the world's hippest Republican, gave it the renewed showbiz infusion. And then the media discovered the mid-century retro-fantastic-ness of the place and more interesting people began descending on it. I've come down here to stay at gorgeous resorts, at Spartan spas, as a guest at the most phenomenal homes…and in Warm Sands, which I dimly remember for reasons that only my lawyer could tell you."

How have you seen the area change since you first visited?
"The hip factor. It was very square when I first came here, after years of being the trendy movie star getaway. And then the generation that wears fedoras to bed discovered it and made the whole place a Sinatra album cover.  And now the Hard Rock!"

What’s the funniest thing you’ve ever seen related to Palm Springs?
"The statue of Marilyn Monroe with her skirt blowing up. It just belonged here. I did a benefit under it, and I said it gave new meaning to the term “Palm Canyon.” This was a Christmas show. They laughed anyway…very generous town."