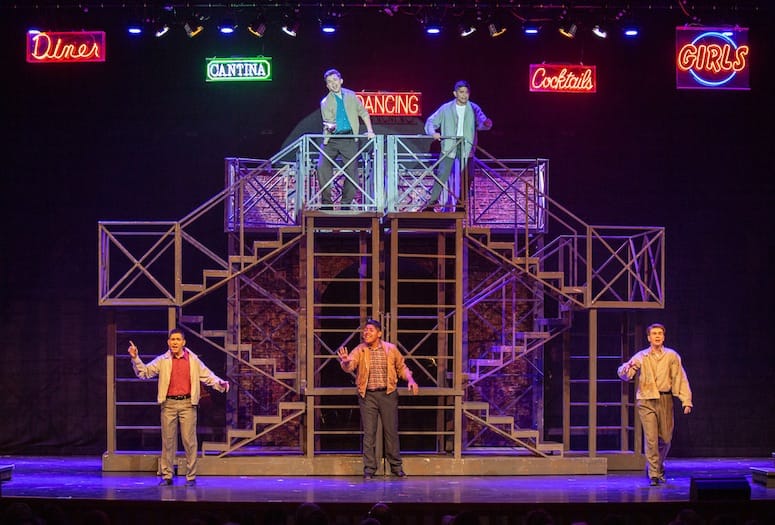 Bruce Vilanch is probably best-known as a writer whose hilarious quips have provided jaw-dropping laughs for pals Bette Midler, Dolly Parton, and the countless actors who have presented Academy Awards. He’s also a very talented performer in his own right, having earned raves for his turn as Edna Turnblad in the stage musical adaption of John Waters’ Hairspray.

The veteran entertainer will emcee the Together We Can Protect The Arts: A Celebration of Arts Education on June 27, a virtual fundraiser for the Palm Springs Unified School District Foundation for the district's arts programs. The evening will feature performances by the talented young performers of Musical Theatre University (MTU) and Desert Hot Springs High School sax player Vasti Andrade, all taped live at The Purple Room in Palm Springs under strict social distancing protocols. An array of established performers, including Lucie Arnaz, Gavin MacLeod, and Rex Smith, will share their own personal stories about the importance of arts education and how special teachers helped to lift them to success. the show will be broadcast live on the Facebook and YouTube channels of News Channel 3.

Vilanch recently chatted with Palm Springs Life about performing in the desert and why it’s important to support performing arts education.

What caused you to become involved with Together We Can: A Celebration Of Arts Education?

Initially, it was Carol Channing. I think that it began when the governator [Terminator star Arnold Schwarzenegger, who served as California’s governor between 2003-2011], began eliminating arts programs in the California school system. Being a Republican for the time being, he had to show where you could make budget cuts so he could lower taxes so arts programs began disappearing. They had been disappearing for years and they were at the point where they were kind of skeletons to begin with so for them to go away now would be really crucial. Carol stepped up. She was living in Palm Springs with her last husband. She enlisted David Green, who has this (MTU) program in the Palm Springs Unified School District. They threw a big fundraiser at the Agua Caliente, the casino resort at Rancho Mirage, and she asked if I would be on the bill. I said, "Yeah”

What will we see when we tune in?
Well, I'm the emcee, but I'm not carrying the show. I know it's very difficult to do comedy virtually with no audience. I'm basically delivering the message about where this money is going to go, how much we need, and what's actually happened to arts education in high schools. But other people who are coming on are actually going to be working, performing with the kids and doing other things. Stars like Lucie Arnaz and Bryan Batt are going to be actually performing. Mostly, it's going to be about watching what the kids can do. I went there right before everything shut down to do a benefit in Rancho Mirage with the kids. And I was emceeing and introducing the kids and it fell apart at the last minute because everybody was afraid to go out and we didn't do it. So, this is that, instead. You're going to get to see how good these kids are. 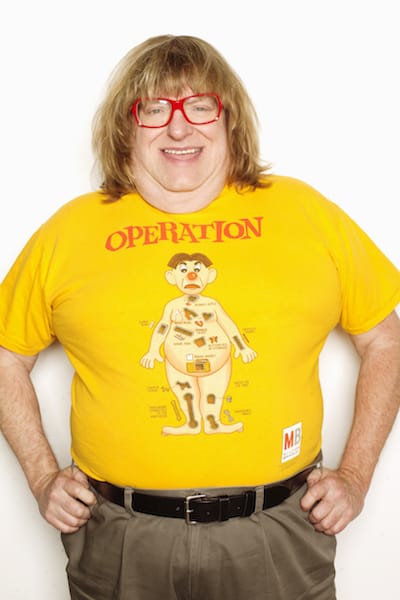 Bruce Vilanch on the importance of performing arts programs in schools: "I lived for the shows we did. It was the center of my life — my emotional life, I should say, because that's where I had the most investment."

How important is this fundraiser to the arts programs?

I can only relate to my own experience, which is to say it was lifeblood to me in high school. I lived for the shows we did. It was the center of my life — my emotional life, I should say, because that's where I had the most investment.

I find they're terrific. I mean, there are a lot of people who are a little bit older and so they get more references. But aside from that, they have a great appreciation of Broadway-kind of show business and cabaret kind of stuff. And they still go out and enjoy that kind of thing. They're not tourists. They live here and they appreciate the arts, generally.

What are some of your favorite places to hang out in the desert?

There’s Eight4 Nine restaurant, which is terrific. They're all gay restaurants pretty much, and usually when I'm down there, I’m either doing a show at the McCallum or the Annenberg or maybe the Purple Room or I'm down there visiting friends and having a lot of house parties. Everybody's got a house and they all want to entertain.

"I'm writing a book. It’s basically about how I wrote the worst shows in TV history that have survived because they're legendarily bad."

How have you been keeping busy during the quarantine?

I'm writing a book. It’s basically about how I wrote the worst shows in TV history that have survived because they're legendarily bad. It’s the Star Wars holiday special, and The Brady Bunch Variety Hour and The Dolly Parton Show and the Paul Lynde Halloween Special.

What have you missed most while isolating?

Well, sex. Aside from that... I've been very lucky because I can do my work from home. I have a dog and so I have something I can squeeze, but I do miss the human touch. And I've been working on so much. I mean, I probably have gotten more work done because I don't have to spend time in traffic. And I co-wrote a musical about a young man and his bizarre and intimate relationship with his imaginary friend Dolly Parton. And it's set in the quarantine. He's quarantining in his parent's attic. He's gone home after a romantic entanglement and he's musing. And Dolly, of course, appears.

You worked on her variety series in the 1980s so you have insight into her.

I did. I've written for her off and on over the years, but yes, I did write that, the legendary flop. There were 22 episodes of it. Because we realized that they mistakenly thought they could do The Carol Burnett Show with her. But she's Dolly and that never changes. And so it's difficult to put people next to her. Everybody loves her but she wasn't the person for that show. There wasn't that variety. They bought her out after the first season.

I imagine many of our readers are fans of Paul Lynde, who was quite a character. What do you remember about working with him?

On one drink, he was as charming as he could possibly be. After two drinks, he became not so charming. He was not a good drinker. And a lot of the legendary stories you hear about him were when he was under the influence. He was a bitterly unhappy guy. He had come up in New York with a lot of other people who went on to be big movie stars, like Woody Allen and Mel Brooks. I think that the characters he was playing was at a time honored, gay stereotype where you'd never know about his actual sex life, but he is clearly not a straight guy. What they used to call “light in the loafer.” And he used to use that as the bulk of his hum. But I don't think that frustrated him. I think other things frustrated him. I think that he couldn't turn that character into something bigger. And yet, here we are talking about him 40 years later.

For more information on the June 27 fundraiser, visit psusdfoundation.net.