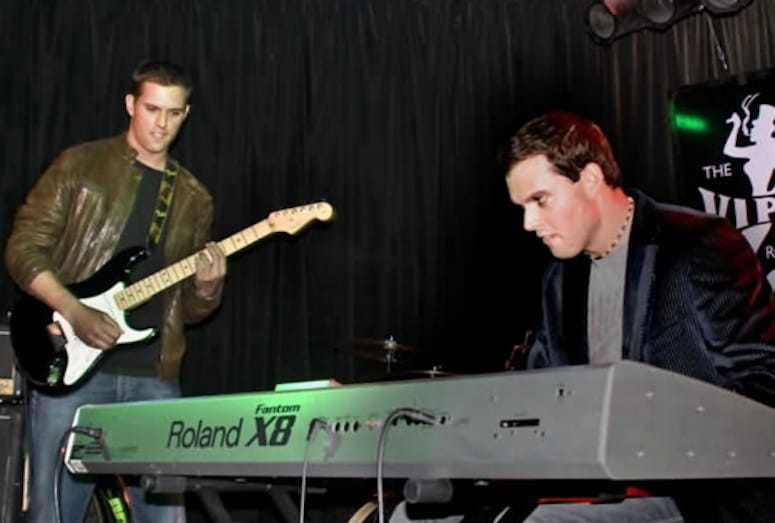 Off the tennis court, Mike Bryan (left) and Bob Bryan will perform March 12 at the BNP Paribas Open on the Food Court Stage.
Photo courtesy of the Bryan Bros. Band

Whether competing on the court as the No. 1 doubles team in the world or delighting fans with their musical prowess, the Bryan brothers rock.

On March 12 from 5-7 p.m., the boys take the Food Court Stage with their band during BNP Paribas Open at Indian Wells Tennis Garden. The Bryan Bros. Band features Bob on keyboards and Mike alternating between drums and lead guitar. For this gig, Counting Crows drummer Jim Bogios, San Francisco’s Dan DeShara, and George Holdcroft from Los Angeles, will accompany the brothers.

Fueled by the fun song Autograph featuring musical cameos by fellow players Novak Djokovic and Andy Murray, as well as other cuts from their release, Let it Rip, the band draws huge crowds when they play BNP. This will be their fourth appearance at the Indian Wells tournament and, as before, don’t be surprised to see your favorite players in the audience or even up on the stage with Mike and Bob.

Let It Rip is available on iTunes. Visit www.bryanbros.com for more information about the players and the Bryan Bros. Band.