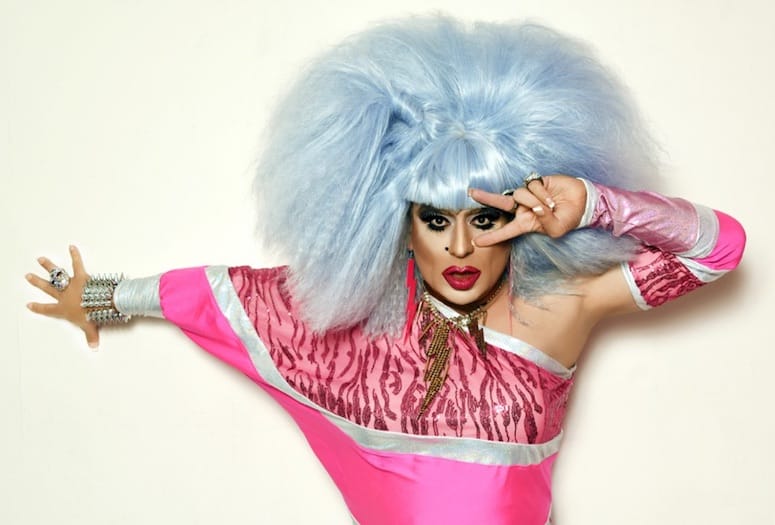 Heklina, aka Stefan Grygelko, is the founder of the San Francisco’s longest-running drag show, Mother (formerly known as Trannyshack).
PHOTOGRAPH BY JAGC PHOTOGRAPHY

Don’t mess with a half-Icelandic who named herself after the small country’s volcano Hekla. But don’t fear her either. The gregarious Bay Area–based drag persona that is Heklina just wants the spread the love, baby.

And barbs. And with plenty of eyeliner for that matter.

Heklina, aka Stefan Grygelko, the founder of San Francisco’s longest-running drag show, Mother (formerly known as Trannyshack), is the lavish focal point of The Drag Roast of Heklina, which screens at Cinema Diverse Sept. 21.

The film is directed by Cheyenne Picardo and produced by Revry, which boasts 11 other films at Cinema Diverse this year and is the first global queer streaming network. There’s nary a scent of political correctness in the outing as a no-holds barred roast of one of San Francisco’s most enigmatic drag personalities unfolds. The playful, gut-busting soiree was filmed at the historic Castro Theatre. Jackie Beat is the roast mistress and a gaggle of fervent queens — Peaches Christ, Sista Roma, RuPual’s Drag Race royals Alaska Thunderf*** and Jinkx Monsoon, among others — dig their well-manicured claws into the guest of honor.

Grygelko, who has been doing drag as Heklina since 1995, shares more dirt with Palm Springs Life.

You named yourself after another fiery creature — the volcano Hekla in Iceland.

When I moved to San Francisco and I did drag the first time, people asked me what my name was. And I thought of it for a second, and there it was —Heklina. From that point on, I couldn’t get rid it. [Laughs] So I kept it.

Was it daunting to be roasted?

No. Actually, I wanted to be roasted. I have a very dark and politically incorrect sense of humor, so I picked a lot of people who could be really “vicious.” Everybody really got roasted that day. It was very cathartic for the audience to see people go at each other like that and enjoying it. 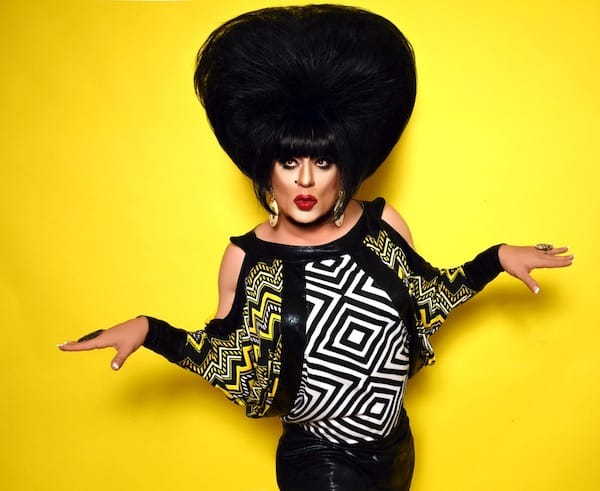 A fun cinematic birth. But was it planned?

It was. The filmmakers had done something similar with [drag performer] Sherry Vine in New York. When they saw I was doing a roast here in San Francisco, they asked me if they could film it. It was the perfect storm.

Well, it could be that we are looking for a little relief from all the bulls*** that’s happening in the world today. Drag queens are so in-this-moment. They offer a larger-than-life escape from it all. And some people see people in drag and they think that they can do that, too — that that can be them. Especially now with RuPaul’s Drag Race. It’s never been more mainstream.

Does that make it more challenging for performers who have been around for some time?

Possibly. Because you’re trying to remain edgy and transgressive. But 20 years ago, you’d walk on the street and people would throw things at you. And now mothers and children are coming up to you asking for a photo. It’s hard to be “shocking” just doing drag.

How has Heklina evolved because of that?

Well, Heklina is definitely older, so I don’t feel the need to shock like I used to. I’m letting all the young kids do that. But I am having to adapt to a more mainstream audience who may not know all the references I used, or still do. If you’re using references like David Bowie or Nina Hagen, people don’t know who those people are anymore.

You have to use Lady Gaga or somebody more mainstream. You have to make the show more accessible to people.

Yes. But some of the young queens today are sensitive. They need to learn to be more objective about stuff. Like, the stuff you say on stage is not real. It’s “show business.” So I would say there’s a new generation of people that are too sensitive and not catty enough, because I don’t trust people that are always “nice” and sweet. I’d rather have somebody be a bitch to my face. I know where I am with them.

And now, you’re a legend.

Well, I really don’t think of myself in that way. I think the term legend is something people throw around at you if you’ve been around long enough and you’re older — and survived. I think a legend is really people who just stuck around. 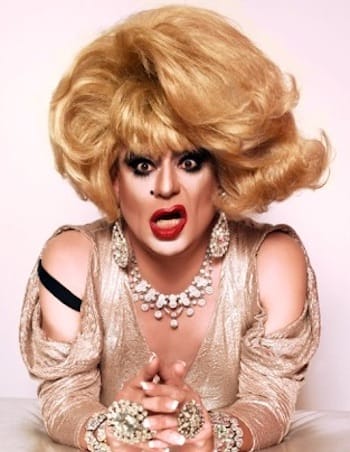 What’s the most interesting thing you have learned about yourself by being Heklina?

It’s taken me a long time to be comfortable with the fact that I am a drag queen. But the most important thing I’ve learned as Heklina is that everything is drag in a way. We throw on so many different coats, you know?

Cinema Diverse, Sept. 20-23, Palm Springs Cultural Center, palmspringsculturalcenter.org. The Drag Roast of Heklina screens at 7:30 p.m. Sept. 21 at Camelot Theatres followed by a Q&A with Heklina and the filmmakers.