Byron Lane and the late Carrie Fisher pose for a photo while in Bali in 2013.
PHOTOGRAPHS COURTESY BYRON LANE

Charlie Besson, the hero of "A Star is Bored", the first novel by Byron Lane, is going through a transitional period in his life when he lands a job as personal assistant to Hollywood royalty Kathi Kannon. The world-famous actress, beloved for her role in a sci-fi blockbuster, soon takes Charlie on an adventure he scarcely imagined and along the way becomes his close friend and inspiration.

The deliriously witty and very touching book, which has received rave reviews, is a diverting antidote to troubled times.

The book’s universe is one the author knows well. Lane worked as personal assistant to iconic entertainer Carrie Fisher for several years until shortly before her untimely death in 2016.  She took him on globe-trotting adventures with her, and he became a trusted friend to the late Star Wars actress. He’s also been a popular fixture in Hollywood on his own, having written and starred in the film Herpes Boy (opposite Octavia Spencer), an award-winning webseries Last Will & Testicle (inspired by his struggle with testicular cancer), and the acclaimed stage comedy Tilda Swinton Answers an Ad on Craigslist (produced in Los Angeles, New York, and London).

Lane chatted with Palm Springs Life about his relationship with Fisher, how much of his novel is fact-based, and his unusual marriage proposal.

Why did you decide to write a fictionalized version of your life, rather than a memoir specifically about your relationship with Carrie?

It just turned out to be more fun to tell this story as a novel. It’s also the way Carrie used to write and it’s the kind of book I like to read. It gave me creative freedom without limitations of a memoir.

How much of the book is purely fiction and how much was informed by your time with her?

The book is fiction. It’s inspired by my time with Carrie and other employers, plus some stories from assistant friends of mine, but like most works, it’s a mix of life experience with big doses of imagination. 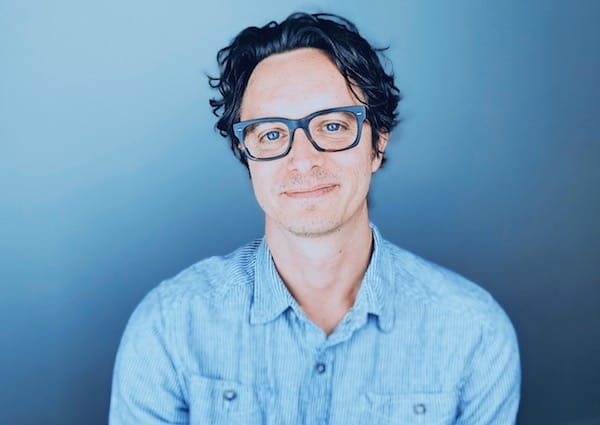 "She (Carrie Fisher) always used to say, 'Take your broken heart and go make art.' And that’s what I tried to do with this book. I think she’d be proud of me."

In your book, Kathi instantly begins to call Charlie “Cockring.” Did Carrie have a special name for you?

Cockring was actually one of the nicknames Carrie used! She had many for me and other people in her life. I think nicknames made things more interesting and fun for her. She also called me Byronious and, inexplicably, Jimmy.

Charlie is hired partly to keep Kathi’s life in order and get her to meet writing deadlines, yet he learns a great deal from her. What did you learn from Carrie that you’ve carried into your life without her?

Carrie taught me to relax, to not be too serious, that life can be full of joys and humor. She helped me realize I would stress about things which usually worked out, so I learned to try to skip the stress part and trust the “works out” part.

What do you think Carrie would say about the book?

She was always very supportive of my creative life, including a film and webseries I wrote and produced. She always used to say, “Take your broken heart and go make art.” And that’s what I tried to do with this book. I think she’d be proud of me.

You and your partner, writer Steven Rowley, relocated to Palm Springs last year. What inspired the move?

We’ve always been in love with Palm Springs. We would visit all the time and then get bummed about going back to Los Angeles. We both work from home and finally decided to make the move permanent and now we can’t imagine being anywhere else.

Steven had read several early drafts of your book, but in the final version you added a few words to your acknowledgment page and asked him to marry you. How did that work out for you guys? 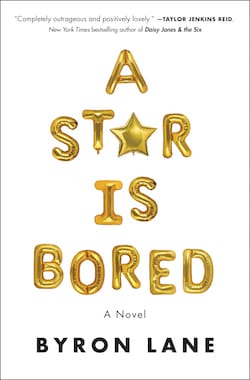 He said yes! I was a bit nervous. We had talked about marriage but didn’t have a plan. I figured it isn’t every day I have a debut novel, so I asked my editor if I could add a proposal to the acknowledgements. When the finished book finally arrived, I told Steven I made a change to the text and asked if he would look at it. He gasped and smiled and said, “yes!” We don’t know when we’ll have a ceremony, but we’d love to do something here in Palm Springs.

You’ve been very open about your ongoing battle against cancer, and it even inspired your hilarious web series Last Will & Testicle. How is your health now and what are the specific challenges of your treatment while also trying to stay safe during the coronavirus pandemic?

My health is great now, but it’s been an adventure. I had testicular cancer five years ago and it recently came back. I just finished chemo and my doctor and I are very optimistic it’s all gone. COVID-19 was definitely a concern. I really only left home to go to treatments. And the hospital was very careful — my chemo buddies and I had to stay six feet apart and wear masks. Chemo was hard and gross but the treatment was not as bad for testicular cancer as other cancers, so in that way I was kind of lucky. And I’m grateful I could recover here in Palm Springs, with blue skies and palm trees outside every window.

A Star is Bored is now available for purchase on Amazon and wherever you buy books. Learn more about the author at ByronLane.com.

• READ NEXT: Why the Director of Palm Springs Wanted to Shoot the Film There but Didn't.