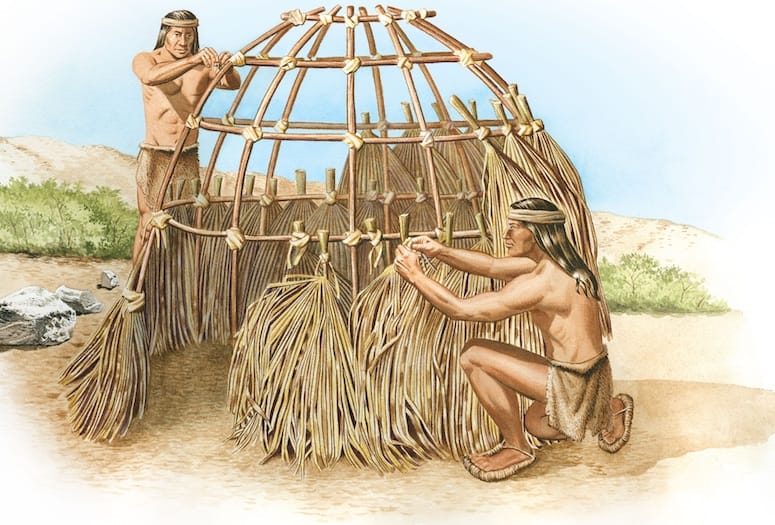 The Agua Caliente mostly utilized the kish for sleeping, occasionally tending to a fire inside during winter months. They socialized, wove baskets, and cooked outside of the home.
ILLUSTRATIONS BY STUART FUNK

Historically speaking, Native American dwellings vary as much in size and material as the people who built them, from earthen and grass houses to chickees built on stilts, with each designed around lifestyle, climate, and available resources. The Pueblo Indians in the Southwest, for instance, traditionally lived in adobe homes made of clay, while some coastal tribes in the Pacific Northwest and up into Alaska constructed wooden plank houses to keep out the cold. Tribes of the Great Plains, nomadic by nature, inhabited teepees that could easily be taken down and rebuilt at a new site.

The Agua Caliente Band of Cahuilla Indians’ traditional home, known as a kish in the Cahuilla language, resembles the round, domed shape of other brush shelters found across the country, such as the wigwams built by tribes near the Great Lakes. It consists of materials found in and around the Indian Canyons. From the arrowweed branches to the fronds of the Washingtonia filifera palm tree, every element encapsulates the Tribe’s practical and spiritual ties to the land.

A wooden frame made of arrowweed, which is flexible and lends itself to the kish’s curved shape, forms the base of the structure. The Agua Caliente would have cut the slender twigs and stripped them of any protruding branches or leaves before inserting them into the ground and tying them together using rope made of plant fibers.

The Agua Caliente lived in permanent villages and thus may have clustered their homes near one another, with a large ceremonial kish, known as the kishamnawet (roundhouse) in the center. 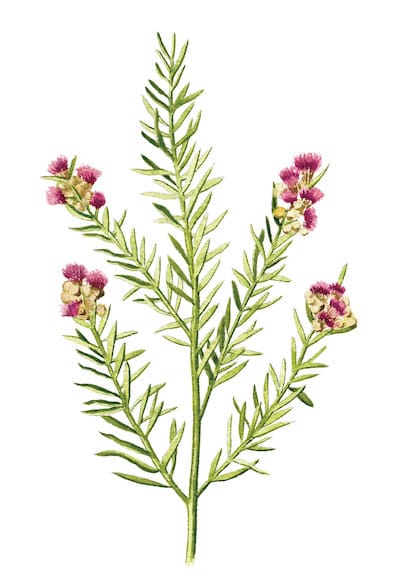 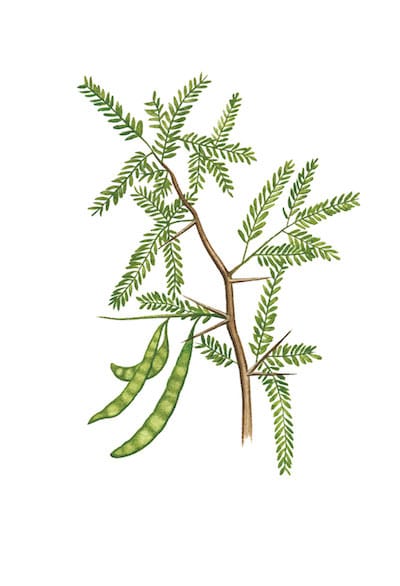 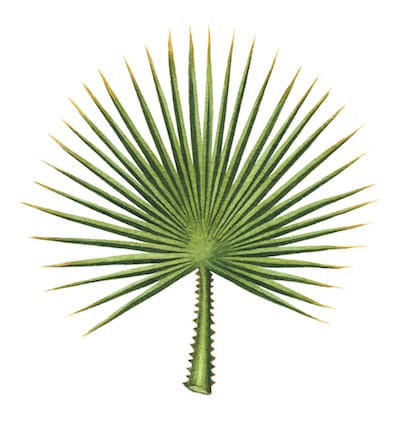 According to Agua Caliente legend, one of the Tribe’s early leaders, Moul, transformed himself into the first palm tree, a Washingtonia filifera, the only palm native to the California desert, at the time of his passing to provide shade, shelter, and sustenance for his people. The palm tree’s fronds are used to cover the wooden frame of the kish and create a thatched roof. 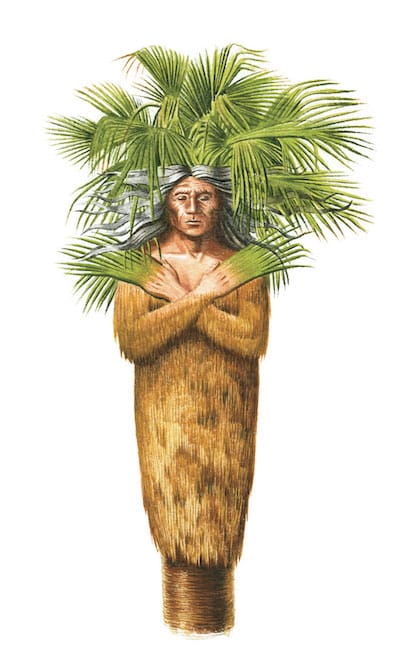