Christina Parrish and Andrew Dismukes are a brother and sister in their late teens who are reunited years after their parents’ divorce only to discover they harbor intimate feelings for one another.
PHOTOGRAPHS BY ERIN HOLSONBACK

Making its California theatrical premiere at the Palm Springs Cultural Center’s Camelot Theater on July 20, is a new comedy titled Call Me Brother. The film, written by and starring comedian Christina Parrish, was produced by David Bukstein, directed by David Howe, and financed by Palm Springs resident David Freedman, a former corporate attorney in Paris and New York.

Call Me Brother is billed as an incest comedy (one of its taglines is “Two bad apples. Same family tree.”), but don’t let that scare you. “People might go into this wanting to be shocked,” says producer Bukstein, “but they’ll be pleasantly surprised at how heartwarming it is.”

This coming-of-age romantic comedy tells the story of a brother and sister in their late teens who are reunited years after their parents’ divorce only to discover they harbor intimate feelings for one another. Between immature friends and dysfunctional parents, they find comfort in each other over a wistful and awkward summer weekend.

The film, which was shot in Austin, Texas, in November of 2016, stars Parrish and a slew of the area’s local comedy-circuit stars, including Andrew Dismukes, who has since gone on to become a writer for Saturday Night Live and was recently nominated for an Emmy.

VIDEO: View the trailer of Call Me Brother.

In addition to financing films, executive producer Freedman, who first came to the desert in 1995 but moved here full time five years ago, is a member of the Palm Springs Sustainability Commission and was chair of the Governance Committee of ONE-PS (Organized Neighborhoods of Palm Springs).

“When I moved here, everyone thought I would be bored,” Freedman says, “but I’m busier than ever because we’ve got such a great film and arts community here.”

Freedman, who invested in a little Broadway show called The Book of Mormon — which, as of June of this year, had grossed more than $615 million and was listed as the sixth highest-grossing Broadway musical of all time — enjoys sharing his good fortune. “I only invested a small amount in Book of Mormon,” he says, “but obviously it’s been a very successful show. And since I consider it kind of like winning the lottery — it came about through a friend who’s got very good Broadway connections; he invited me and some other friends to come in — I actually take my dividend checks and reinvest the money by making contributions to various artistic groups here in Palm Springs as well as Los Angeles, New York, and San Francisco.”

As for getting involved with Call Me Brother, all Freedman needed to hear was the story line. “David [Bukstein] described the film to me,” Freedman says, “and I said, ‘Oh that sounds just like one of my favorite operas, Siegmund and Sieglinde from Wagner’s Die Walküre from the Ring Cycle, where the brother and sister meet after so many years and the rest is operatic history. Where do I sign up?’” 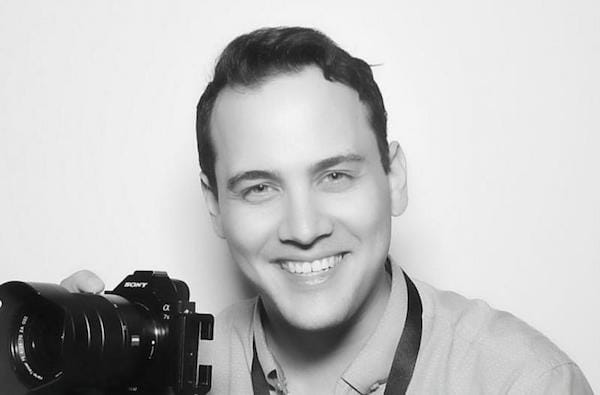 Producer David Bukstein on the film: “People might go into this wanting to be shocked, but they’ll be pleasantly surprised at how heartwarming it is.”

The film’s production costs topped off at an unbelievably low $26,000. (Additional money was required for post production, promotion, and music licensing.) And the entire film was shot in two six-day weeks, a highly ambitious and highly admirable feat. But, when at the hands of accomplished filmmakers, being cheap and looking cheap are very different things.

“A big part of the way we were able to mobilize and create a movie in such a short period of time with such little money is we brought in the comedy community in Austin,” Bukstein says. “A big part of the movie is having an ensemble cast of all these independent up-and-coming comedians.”

Bukstein is looking forward to the California premiere in Palm Springs. “I would love to meet independent filmmakers,” he says. “Making this film taught me a lot that I didn’t learn in film school. I invite filmmakers or aspiring filmmakers to come and learn how a good film can be made for $26,000.”

Call Me Brother premieres at the Palm Springs Cultural Center’s Camelot Theater on July 20. A VIP reception will be held at 5 p.m.; the screening starts at 6 p.m. and will be followed by a Q&A with the producer. For tickets,  visit eventbrite.com.