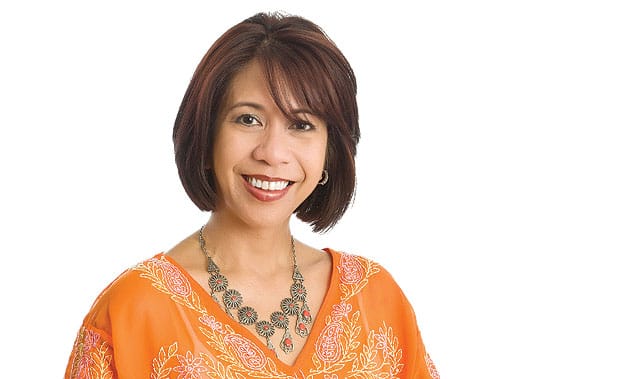 American Spa magazine’s 2011 Reader’s Picks just named Rianna Riego among the top five “Favorite Spa Consultants” (she also made the 2010 list). Before launching her spa consulting business (Global Spavantage), the Philippines native and Bermuda Dunes resident opened Renaissance Esmeralda’s spa in 2002 and oversaw the opening of spas at J.W. Marriott properties from 2004 to 2006. For the next six years, she commuted, first to Tucson, Ariz., then to Carlsbad, where she was spa director for the Spa at La Costa.

What was your first taste of the spa industry?

My first consulting job was for a gentleman who wanted to open a day spa at Four Seasons Maui. I helped manage it for the first few years, then got an opportunity to go back to the Grand Wailea in membership sales.

What brought you to Palm Springs?

Owning a spa is like putting on a show every hour. It takes precision. Guests go into a spa to be wowed, to be transported to another world. It’s got to be a glitch-free experience. That’s what they’re paying for.

Is one of your career perks a drawer full of premium skin and hair products?

I can’t deny that it is. I don’t necessarily stand behind just one product line. There are so many that have great efficacy. Some lines fit certain spas better than others. You have to make available to your client the best possible options.

You helped Studio M Salon and Spa open in August in Palm Springs. What are you working on now?

I will continue working with them for their first six months. I’m also consulting with Fredericksburg Herb Farm in Texas, which opened a spa in February. I’m helping a five-room day spa in Orange County expand to a new space. And I am involved in a group called Uspa Immersion. It’s a global branding initiative, introducing a concept to build, design, open, and manage spas. That seems to be the direction the industry is taking now: branded spas and franchising.