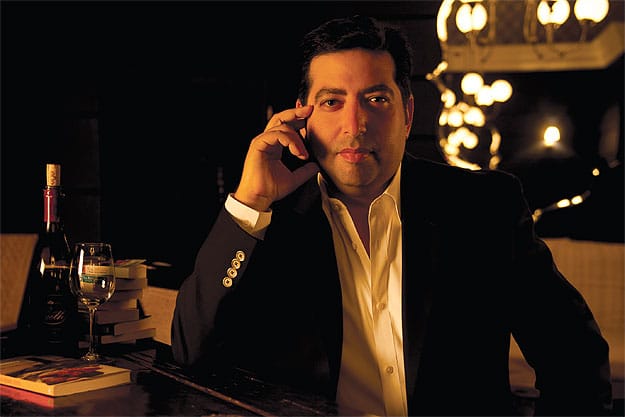 The fact that Tod Goldberg didn’t learn to read or write until he was 10 may have honed his story-telling chops. “I was creating these long, involved sagas with my action figures,” he says. “They’d go on for days. Of course, I’m an expert liar, so that helped.” Today, his novels, short-story collections, essays, journalism, and criticism define a career that also has him tweeting, blogging, and podcasting. His 2002 novel Living Dead Girl is being released as an e-book this year, and he recently typed “The End” on another book manuscript. The La Quinta resident also directs the Low Residency MFA Program in Creative Writing and Writing for the Performing Arts at University of California, Riverside.

Writers are often told to “write what you know.” You write a lot about crime. Are you a criminal?
Yes, a criminal savant! Seriously, writing what you know is actually not a good idea. Am I going to write about a guy who goes home and writes every day? Write what you’re searching for answers to, be they tangible or temporal, emotional or physical. That’s where readers connect, in that search for meaning. In order to make someone feel like they’ve experienced something when they read my book, I have to send them on journeys that exist beyond their daily life.

It seems that every writer in Southern California has a screenplay tucked in his back pocket. Do you?
TV is where the most imaginative writing is happening, and I recently sold a short story to CBS for a TV show that’s being produced by the people who produce Justified. It’s called “Mitzvah” (from his short-story collection Other Resort Cities), about a hit man who hides out in Las Vegas as a rabbi. The Hollywood [interest] is a frosting on an already delicious cake. I’ve made a deal with myself to focus on the books.

You’ve chosen to live in the desert. What keeps you here?
All of my stuff starts with a place, then a person, [and] then a story that evolves from that. I’m inspired by the duality of this place — the great wealth and the terrible poverty, the scary open desert. I love the warmth, the quiet, and the great beauty here. Outside of Sedona, where else can you go outside at night and see the entire universe?

What’s next?
After two years of work, I’ve just finished a novel based on the “Mitzvah” short story. The title is Gangsterland.

What drives you?
I don’t have a lifetime to do this. At some point, people are not going to want to read what I have to write. I also am aware that if I’m not writing, I’ll get in that habit, and I want to keep my mind nimble. If I’m telling my graduate students, “This is how you do it,” I better be out there doing it. Right now, I’m doing exactly what I want to do. I’m writing books, I get to run a graduate school in creative writing, I get to dabble in Hollywood as I see fit, and I get to have a sunburn in the middle of January.