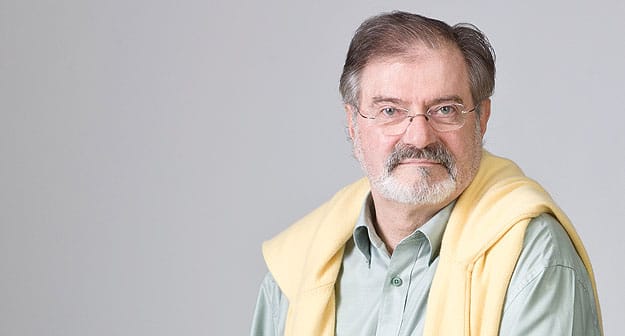 Jacques Caussin was living in Detroit when he brought a modernism show to Palm Springs in 2001. A dealer of 1930s to 1960s design, he had been consulting for the producer of a modernism show in Miami when he discovered the desert’s midcentury modern architecture and decided this was “the right place at the right time” for a similar show. In 2006, the show metamorphosed into Modernism Week, which he now chairs. Caussin lives in a William Krisel-designed Twin Palms house he purchased in 2003, a year after he moved here full time. His most recent modern-style purchase: Philippe Starck’s Louis Ghost chair.

What is the most exciting aspect of this year’s Modernism Week?
We are able to offer tours of Sunnylands, the Annenberg estate.

How many Modernism Week events do you attend yourself?
I attend as many lectures as possible because of the quality of the lecturers, and it gives me a chance to learn something specific that I was not as knowledgeable about as I could be.

How much of the year do you spend on Modernism Week?
When the week ends, we have a wrap-up meeting in the afternoon, and at 3 p.m. we have our first meeting for the following year. We already started working on 2013, because some people we want to have as lecturers are booked way in advance.

Who would be your dream presenter at Modernism Week?
I have a long list. Maybe a person in Hollywood who is a very strong preservationist — somebody like Diane Keaton or Brad Pitt.

Modernism Week has grown to 11 days (Feb. 16-26). Do you foresee a Modernism Month?
Do you want me dead? [Laughs] No, but I could see two weeks a few months apart — something in the fall and the traditional event. Modernism Week will always be in February because the organization that produces the Modernism Show has always wanted to have it on President’s Day to attract people from all over. We do attract people from all over, and now I presume we could do it anytime; but I could see something in October. We had a little bit of that last October when Docomomo International [a nonprofit dedicated to documentation and conservation of modern sites] asked us to participate in its annual tour. We arranged a few double-decker bus tours and, with only a month to merchandise it, sold out two of three tours. It was one more thing that made us realize we have a really strong following.