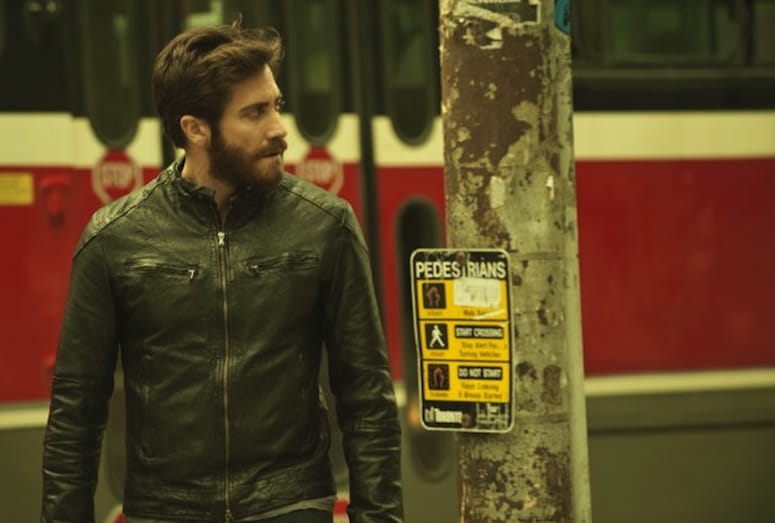 There is no mistaking the attraction Canadians have for the greater Palm Springs area.

So in turn, the Palm Springs International Film Festival is returning that admiration by spotlighting Canadian Cinema in its 2014 edition.

“We've selected Canadian films for a special focus at this year's festival for many reasons, not the least of which is the wealth of talent emerging from its relatively small, indigenous film industry, and the depth and richness of story and character portrayal its films exemplify,” says Festival Director Darryl Macdonald. “Whether it's established auteurs like Denis Coté, Denis Villenueve and Atom Egoyan, gifted actor/directors like Don McKellar and Sarah Polley or newly emerging talents like Chloé Robichaud, Craig Goodwill and Sébastien Pilote, Canadian creative ingenuity is on abundant display in its films.”

In addition, films selected to compete for the FIPRESCI Award in the Awards Buzz section, and Modern Masters. The Festival will screen 45 of the 76 official submissions to the Academy of Motion Picture Arts and Sciences for Best Foreign Language Film. Additional film programs will be announced in the upcoming weeks.

“In years past there have usually been five to seven films that were considered obvious choices from countries whose films often make the shortlist,” says Artistic Director Helen du Toit. “But this year there are more obvious choices than usual  as well as very exciting group of "dark horses" emerging from countries whose entries rarely make the shortlist.”

Awards Buzz
The Awards Buzz section is selected by Festival programmers as the strongest entries in this year’s Academy Awards® race.  A special jury of international film critics will review these films to award the FIPRESCI Award for Best Foreign Language Film of the Year, Best Actor and Best Actress. The following 45 films are selected to screen (in alphabetical order by country):

Canadian Cinema
Included in the showcase will be an opening weekend reception and ‘Canadian Film Day’ highlighting Canadian filmmaking guests, sponsored by Telefilm Canada. The 12 films selected in the program include:

Empire of Dirt (Canada) – An affecting portrait of three generations of Cree women caught up in a cycle of teenage pregnancy and mistrust finally beginning to put their past behind them and figure out a way forward together.  Director: Peter Stebbings.  Cast: Cara Gee, Shay Eyre, Jennifer Podemski, Luke Kirby, Jordan Prentice, Lawrence Bayne, Michael Cram.

Enemy (Canada) – In a dual role, Jake Gyllenhaal stars as a professor who frantically seeks out his doppelganger, a struggling actor he spots in a film. The Oscar-nominated director of Incendies and Prisoners puts a masterful spin on this mind-bending Kafkaesque mystery. Director: Denis Villeneuve. Cast: Jake Gyllenhaal, Mélanie Laurent, Sarah Gadon, Isabella Rossellini.

Gerontophilia (Canada) – An 18-year-old lad with a penchant for pensioners takes a job in a care home and falls for an 81-year-old man. Shocking? The big shock here is that director LaBruce eschews his usual hardcore style for a film that is positively gentle and pleasing. Director: Bruce LaBruce. Cast: Pier-Gabriel Lajoie, Walter Border, Katie Boland, Marie-Hélène Thibault.

The Grand Seduction (Canada) – Rollicking humor and quiet moments of whimsy anchor this droll comedy about some Newfoundland villagers, led by the great Brendan Gleeson’s wily fisherman, who use any means necessary to convince a big-city doctor (Taylor Kitsch) to save their community by settling in it. Director: Don McKellar. Cast: Brendan Gleeson, Taylor Kitsch, Liane Balaban, Gordon Pinsent, Mark Critch, Mary Walsh.

Siddharth (Canada) – A street merchant regrets sending away his 12-year-old son to work in a factory when the boy fails to return home for Diwali. Thus begins a desperate search, hindered by the man’s poverty, illiteracy, and the challenge of locating anyone in a country of a billion souls. Director: Richie Mehta. Cast: Mahendra Saini, Suman Saini, Ranjit Gahlot, Meena Gahlot, Roshni.

Vic + Flo Saw a Bear (Canada) – Victoria, an ex-convict in her sixties, wants to start a new life in a remote sugar shack. Under the supervision of Guillaume, a young, sympathetic parole officer, she tries to get her life back on track along with Florence, her former cellmate with whom she shared years of intimacy in prison. Stalked by ghosts of the past, their new life together is unexpectedly jeopardized. Director: Denis Côté. Cast: Pierrette Robitaille, Romane Bohringer, Marc-André Grondin.

The Last of the Unjust (France) – Claude Lanzmann, whose epic, landmark film Shoah is certainly the definitive film about the Holocaust – returns to one of the interview subjects from that film to unravel the tale of the ‘model’ concentration camp, Theresienstadt, and the ambiguous leader of its Jewish Council, Benjamin Murmelstein, a former rabbi who spent the war years negotiating on a day-to-day basis with Adolf Eichmann. Director: Claude Lanzmann. Cast: Benjamin Murmelstein and Claude Lanzmann.

One of a Kind (France) – This soul-stirring tale – about a depressed middle-aged man who hesitatingly embraces his gift for healing – features a riveting turn from Grégory Gadebois (so effective in the cult TV fave The Returned) in the lead. A deeply satisfying chronicle of personal redemption. Director: François Dupeyron. Cast: Grégory Gadebois, Céline Sallette, Jean-Pierre Darroussin, Marie Payen, Philippe Rebbot.

The Wind Rises (Japan) – Anime sensei Hayao Miyazaki has always been fascinated by flight. In what he says will be his swansong, he has conjured an extraordinarily lyrical biopic of sorts, inspired by the experiences of Jiro Horikoshi, the man who designed the famous Japanese Zero fighter plane. Director: Hayao Miyazaki. Cast: Hideaki Anno, Miori Takimoto, Hidetoshi Nishijima, Masahiko Nishimura, Jun Kunimura, Mirai Shida.