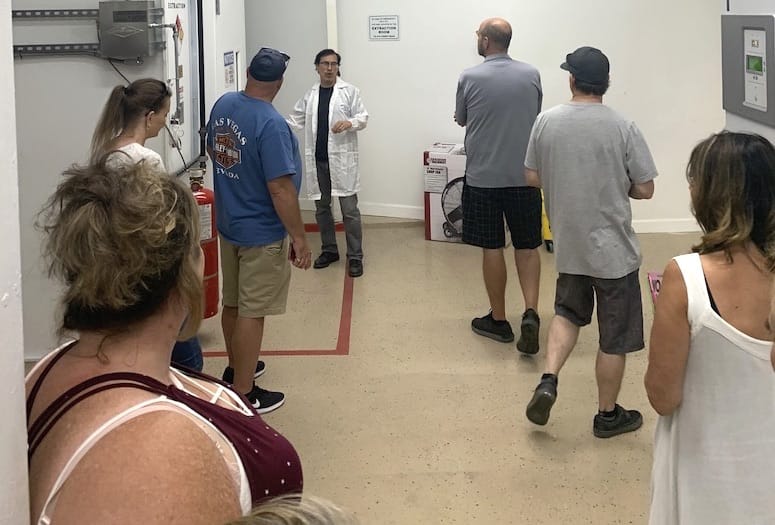 Prior to its criminalization in the 1930s, cannabis was pretty much hunky-dory around the world. Used for material, ropes, food, and medicinals for at least 10,000 years, historians also believe the first American flag was crafted from it and, in 1914, the $10 bill was not only made from cannabis, the back features farmers plowing hemp. So what happened?

There were conspiracy theories that involve William Randolph Hearst, the newspaper tycoon, protecting his acreages of forest for wood-pulp paper making; and that DuPont Industries were anti-cannabis to protect its new synthetic fabric, nylon, but those have been debunked. Sure, Hearst ran anti-cannabis campaigns in his papers, but it was yellow journalism, not forestry concerns.

Although legal in California, for some, cannabis still has a negative perception. Ninety years of misinformation would likely take a long time to reverse. That's where Lynne Daniels, creator and owner of CannaBus, comes in. She wants to dispel all those old tales, and give you the real skinny on the miracles of cannabis with a unique tour of the valley’s cannabis industry.

Born and raised in Baltimore, Daniels is pretty, petite, talkative, and a chip off the old block. “My dad was a real go-getter,” she says. “He said to me, ‘You see that right there on the table?’” There was nothing on the table, so Daniels wasn’t sure where he was going until he continued. “‘Just look. See what you want to see. Then go figure out how to get it because it's not coming to you,’” she recalls. 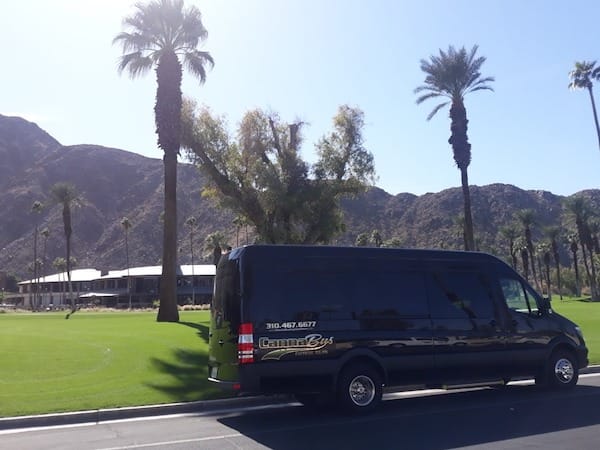 Daniels applied that lesson when she wanted to go to Hollywood. She asked her parents for a plane ticket, but they only offered to buy her the return. She needed some fast cash. Thanks to a bumper sticker, a radio promotion, and ingenuity, she racked up the money pretty quickly. “It was a $100 cash giveaway,” she recalls. She slapped a bumper sticker on her car, blasted her radio, and nabbed the money by strategically pulling in front of the radio station's car (which she had identified at the mall) once it was on the highway. They called out her license plate. She then solicited her friends to get a bumper sticker, follow the routine in their cars, and split the cash with her.

A journalist major with a minor in criminology, Daniels went to Washington, D.C. after college and got a job at The Washington Post and helped cover the shooting of President Reagan in 1981.

A tropical storm during a trip to Acapulco veered her course yet again. She had become friendly with the hotel manager who confided that his publicist had quit, just before an upcoming event. Daniels offered her services, was given the job, and soon had her first client for her new travel public relations business.

She eventually opened offices in Houston, New York, and Los Angeles. She eventually got her own shingle at Warner Bros, and was living her best life in Malibu, when something awful happened. She was attacked and mauled by two Dobermans.

In the year it took to recover, she realized she had never achieved one of her goals: to marry and raise a family. She put it on the table, envisioned it, and met and married Rob Daniels. 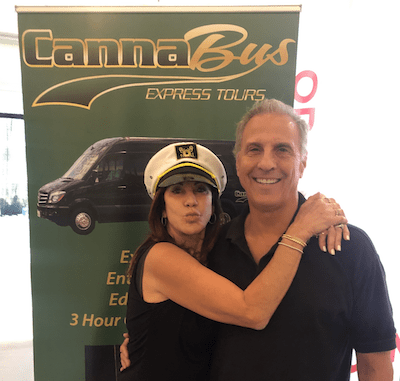 Lynne Daniels and her husband Rob.

Rob came with additional blessings, a 3-year-old son, and the Dupont Estate in La Quinta. Daniels reinvented herself again but this time as a mother, and the caretaker of the 8,500 square foot estate.

Sixteen years later, a small decked-out limo/bus stopped in front of their Malibu home, and tourists started taking pictures. Daniels was curious why, so she took the tour and realized they were misidentifying the residences (including hers) as celebrities’ homes. It got her wheels turning; she grew increasingly interested in a tour bus of her own, but one that offered facts.

The idea for the CannaBus came after two things happened. First, she learned her mom’s heart medication had side effects. She had heard that CBD (the medicinal component in cannabis) might help. It did. The second, her dog tore her ACL, and the vet said it would require surgery and three-to-six months recovery time. “I thought, ‘there's got to be another way,’" she recalls. "My husband had a shoulder problem, and was using a topical CBD product that helped. I thought, why not? I rubbed it on her knee for two weeks and she was back on the beach again playing. No surgery. I became a believer. I thought, ‘how can I do something to help out? What can I do?’”

She calls the highly educational CannaBus tour "the root to the toot" or a play on the industry's "seed to sale" nomenclature. Every tour on the CannaBus is different, depending on the riders and site availability. “We’ve had nurses come on the tour. We had four pharmacists come in from New York who wanted to transition over into cannabis because they believed in it,” Daniels relates. “And when they listened to the mad scientist, the chemist, and the distilate makers (all experts at stops on the CannaBus tour), and saw what was going on, it was no longer that thug industry. It is a medical, medicinal world that is helping people.” 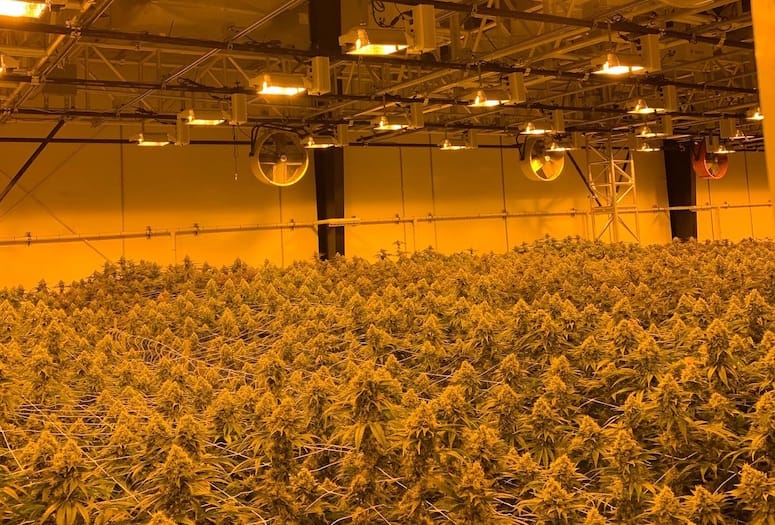 Daniels’ desire to help people doesn’t stop as an adjunct educator and tour guide in the cannabis world; each month the CannaBus donates 15 percent of their profits to a charity, usually in line with the Health Awareness Campaigns, but she also donates on a local level.

Included on the tour are cultivation houses, labs, manufacturing sites, distribution companies, bakeries, and dispensaries, all exclusive to Daniels' tour which, depending on the day, can take you from Indio to Desert Hot Springs, and every option in between. “We have a wheel when you get in,” she explains, “Spin the wheel and you either get another tour for a gift for somebody for free or you get a complimentary edible. You spin the wheel and you get different things. You get 25, 50 percent off.” Keep in mind, you can’t consume cannabis on the bus, but she does stop at cannabis lounges where you can partake of your purchases.

If you're canna-curious but don't know how to navigate this slightly confusing world, or even the difference between CBD and THC, this “three-hour tour” is just the ticket to expand your mind. In addition to the cushy ride that more-than-comfortably seats 10, there is a fun informational video. Educators answer questions at every stop, and Daniels' delightful ability to chat anyone up makes it a good time.